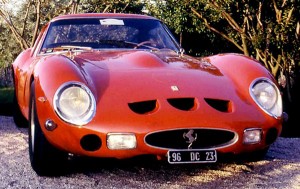 The Ferrari 250 GTO which has sold for 20.2million. See SWNS story SWFERRARI: A classic Ferrari has become the most expensive car ever sold in Britain after it changed hands for a staggering 20.2MILLION. The legendary Ferrari 250 GTO is the world’s most sought-after car with just 39 built between 1962 and 1964. This 1963 model – number 5095 – is believed to have been sold by British businessman Jon Hunt, who bought it in 2008 for a then world record 15.7million. The canny businessman, who founded the Foxtons estate agency and sold it for 370m before the housing slump, has made a 4.5million profit in just three years.