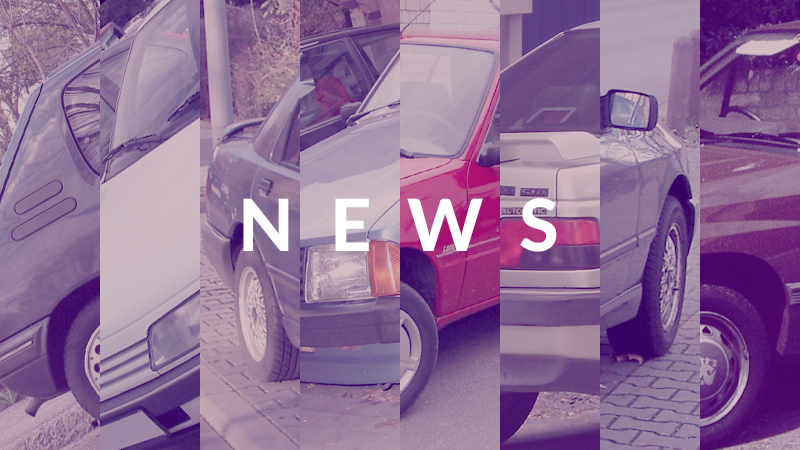 Well unfortunately we have noticed an increase in stolen vehicles just lately, as most of us are Facebook users we had noticed that we seem to be doing a lot of sharing of posts just lately for people who have had their pride and joy recently stolen.

We had first started to notice a number of motor homes and classic scooters being very popular with the thieves during the latter part of last year and then we had noticed an increase in thefts of late 70s and 80s classics. This has been backed up further by two recent stories published recently in Classic Car Weekly. They too have seen the trend in increased thefts of these cars but they have also managed to back their story with statistics from The Home Office.

The ram raiders car of choice (the Sierra Cosworth) was hit the hardest by insurers and you really felt for a Cosworth owner during this dark time.

Indeed their story in edition 1316 had some very interesting data, they also reminded us of those dark days of the 1980s when vehicle theft was rampant and the term ‘joy rider’ and TWOC (taken without owners consent) were added to our vocabulary. Most cars had no electronic security fitted as standard and they were very easy to steal. The frequency of theft of hot hatches such as the XR2, 5 turbo, 205gti etc increased in such a way they were virtually uninsurable towards the end of the 1980s. The ram raiders car of choice (the Sierra Cosworth) was hit the hardest by insurers and you really felt for a Cosworth owner during this dark time. This dark time gave birth to the aftermarket alarm and immobiliser industry and with Thatcham taking on the testing and accreditation of these systems we did start to see a reduction in these cars being stolen. During the 1990s manufacturers started to fit their with electronic immobilisers as standard and following this we did start to see a decline in vehicle theft. Most new cars built today are virtually impossible to steal without the key.

So why are we seeing an increase in theft of these cars now? We believe there are a few reasons but the ones that stand are these:-

…car thieves do like an easy target, they don’t usually want to be seen wrestling with a wheel clamp or a steering lock.

To keep these cars safe from thieves we have to add some extra protection and a little bit of common sense. Extra physical security such as wheel clamps, pedal boxes and steering locks are possibly one of the best forms of deterrent to use to keep the thieves at bay, as well as being a visual deterrent they actually make it a lot more difficult to steal a car and car thieves do like an easy target, they don’t usually want to be seen wrestling with a wheel clamp or a steering lock. Be careful where you park and leave your car, is it a place that is well frequented by the public? Places that are remote and quiet give more opportunity to thieves to gain access to your car without being disturbed.

There are a number of low cost tracking devices now available on the market, we do actually like a lot of these but in our opinion it is better to secure your car so it does not get stolen in the first place, we can all agree that we would not like someone uninvited driving around in our pride and joy.