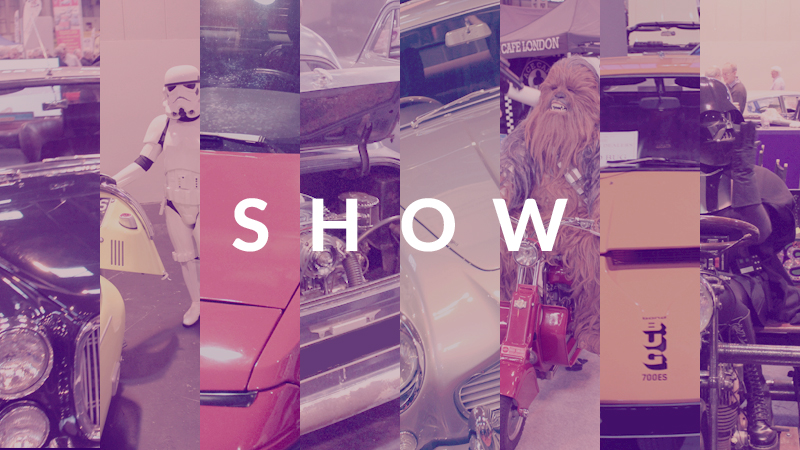 This was my fourth year at the NEC classic car show and I was prepared for a busy yet fun day just like previous years. This year there was a slight twist, not only had our stand been invaded by various Star Wars characters but also I had been asked to take some photos around the car show.

We started our day early and as soon as the show opened we had a rush of people to our stand. Some of the crowd were potential clients looking to talk about a quote or existing customers just wanting to say ‘hello’ and thank us for our service, others simply wanted a picture with Chewbacca and who can blame them! One of our lovely clients came over to speak to us first thing; he has been insured with Classicline for almost 10 years and has spoken to me almost every time he has called in the past 5 years. He just wanted to have a chat about his cars and had only nice things to say about Classicline and our excellent service. This was a highlight of the day and one of the reasons we all enjoy working at the NEC show.

Throughout the day, our Operations Director Darren kindly dragged me around the show accompanied by the Star Wars guys to take some shots of the show. As we walked about the car show, it soon became apparent we were attracting a huge amount of attention with a fast growing crowd following us. In particular, there was a lot of attention in our female (but just as terrifying) Darth Vader, or Lady Vadher who had joined us for the day. This was a rare sight and certainly not something we had seen before but we were very lucky to have Lady Vader with us at the car show.

Excuse me, but have you seen a Stormtrooper pass through here?

It didn’t take long until we had a long list of requests from customers and car clubs for our characters to have photos taken in and around their cars. There was Chewbacca hopping on scooters and Lady Vader trying out a new convertible, which obviously meant we got some great photos. We didn’t realise how difficult travelling around the show would be especially as it turns out, Stormtroopers do not have very good sight and at one stage we lost one of them along the way. Asking a security officer ‘Excuse me, but have you seen a Stormtrooper pass through here?’ was rather surreal. The afternoon was saved when Darren found him outside, stopping for a photo with a fan. After sticking to our tight schedule we managed to fulfil everyone’s request for a photo and had a lot of laughs at the same time.

Overall, our weekend at the car show was a huge success meeting old and new faces at our stand! 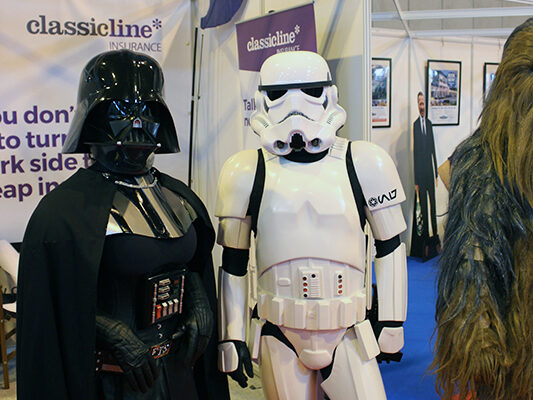 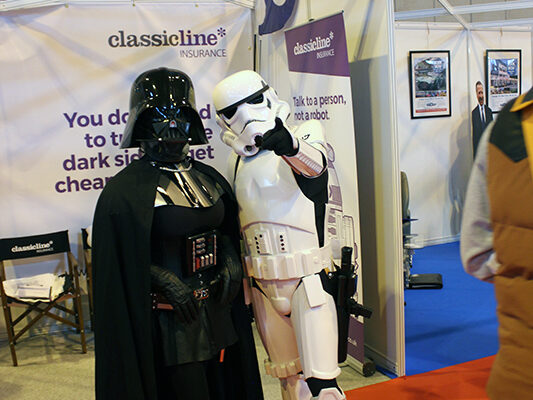 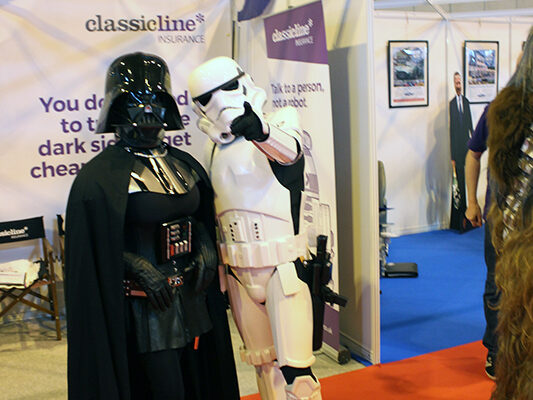 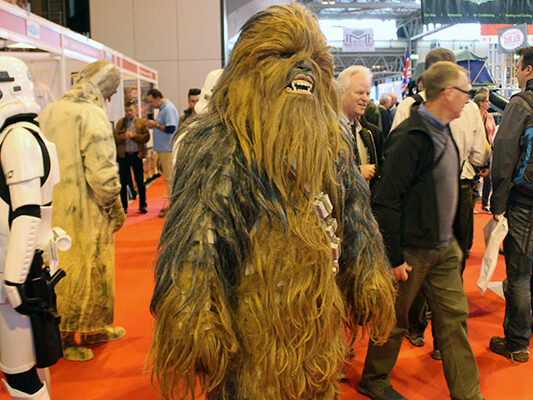 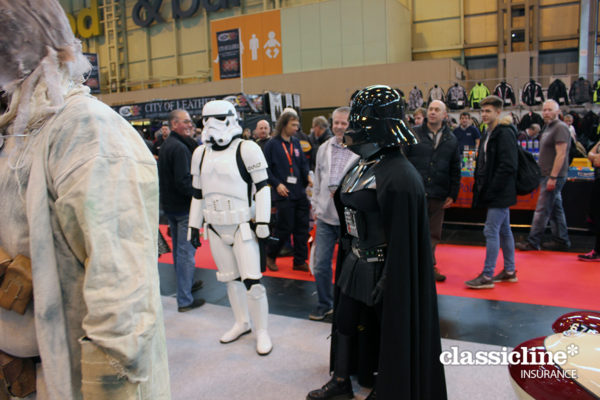 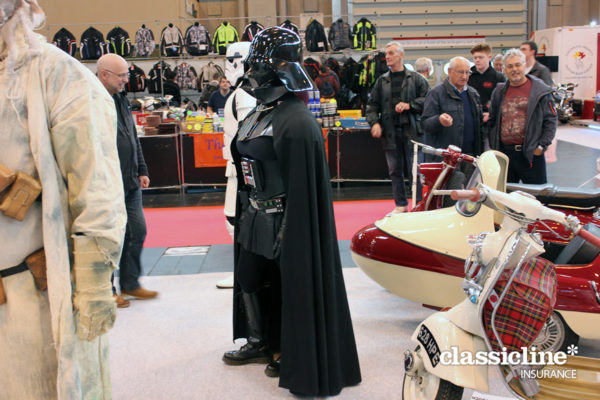 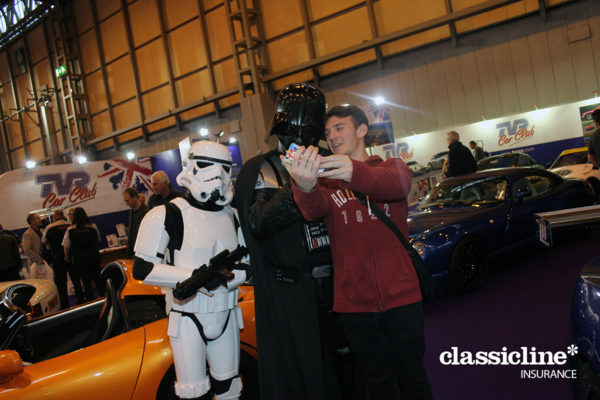 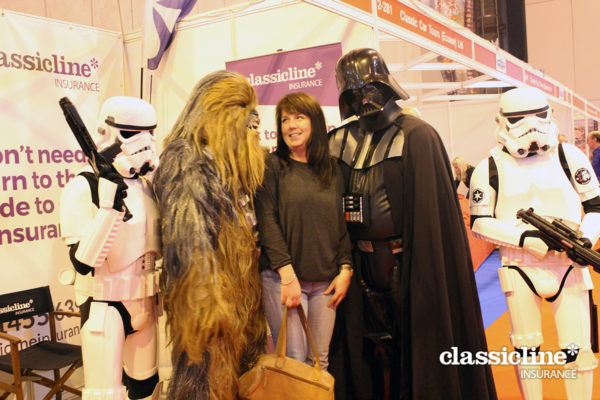 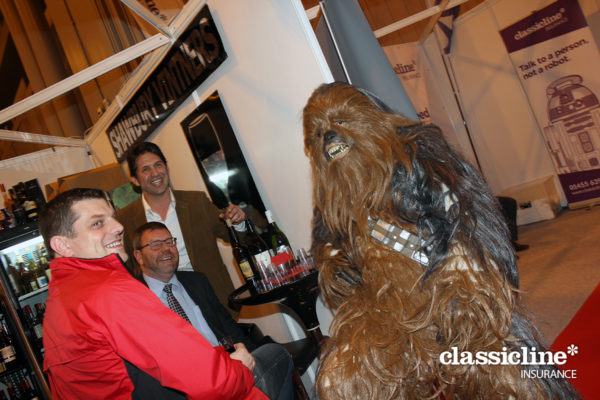 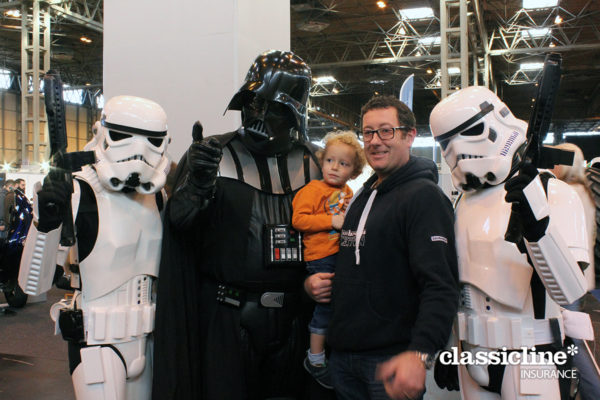 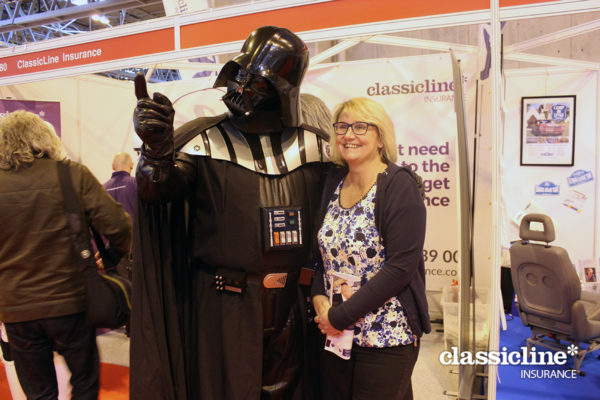 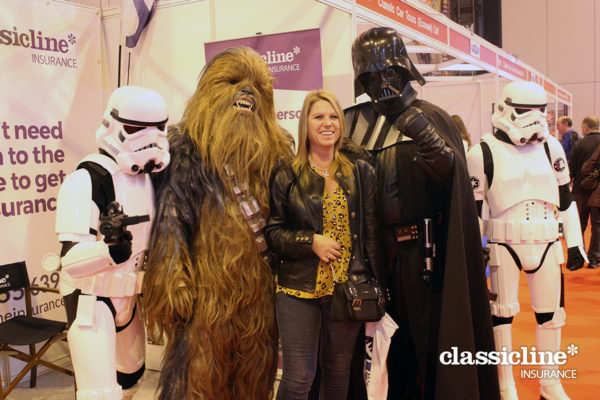