Reminiscing with the Chairman of Classicline

Home » Reminiscing with the Chairman of Classicline 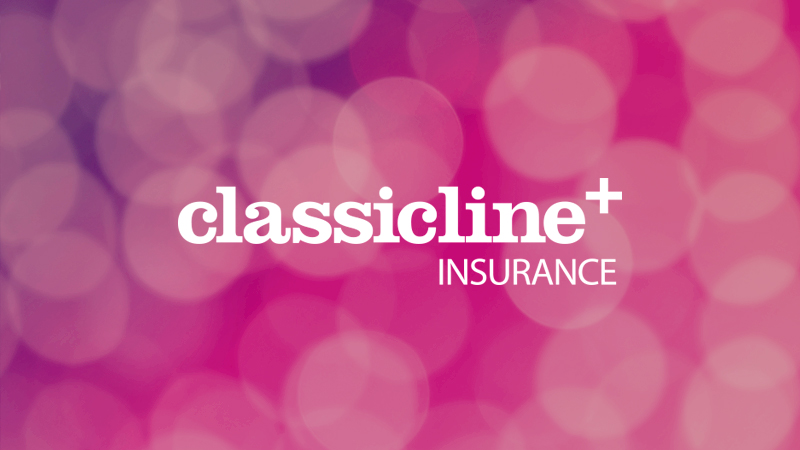 This December, we approach the thirtieth anniversary of Classicline Insurance. Through all of the trials and tribulations, learning our market and our clients, we are now a successful enterprise with an extensive support team and loyal clients.

This has not been an overnight success, and nor has it been an easy journey. Today I had the privilege to interview our Company Chairman, to see where it all began and find out where his solo journey started.

Jess: Ian, when did you create the business?

Ian: It was the 2nd December 1985, the day I received the keys to Castle Street, Hinckley. Plans were already in order to renovate the ground floor into offices to make this a business space. I’d already come further than I expected, due to being rejected by countless banks for loans to invest in my venture with their sole reason being that there were ‘too many insurance companies’ locally. It was a bit daunting, having less than £50 in the bank and a huge project to force. However, after a success in receiving the financial support, I made the right decision to go ahead with my aspirations, and today we are one of the few local insurance brokers to still be in business today.

J: In the first few months, was business as good as you anticipated?

I: We had an advertising campaign with our local paper, in preparation for the opening day and to bring in customers on the 6th January 1986. I wasn’t expecting anywhere near as much interest from locals. Yet, after only one week of being open, we wrote over 200 new policies; many of these being Triumph TR Register members with classic cars. Business continued to surprise me, and admittedly I was struggling to keep my head above water with all of the enquiries. On the 20th January, only two weeks into opening, I employed my first member of staff. By April of our first year, having only been live for four months, it already demanded an extension on our team. This meant I had to employ a further three members of staff. It had been a very profitable first four months, with the year eventually giving Classicline enough profit to pay off the bank loans that were essential in creating the company.

J: Did you have to sacrifice a lot of your time to aid the success of the company?

I: Working long hours trying to catapult the business took their toll. It wasn’t until a year after wheels were in motion for the company that I was able to take time off and leave Classicline in the hands of staff in my absence. On the 25th December, I took my first holiday since the day the business started, a week off work!

J: Were there ever any challenges for Classicline that you had to deal with?

I: I represented Classicline on ITV News at 5:45 and News at 10 about the demise of the Ford RS Cosworth and all issues with regards to the joy riders, and insurers suddenly pulling out of the market around 1990. It had a created a stigmatism for all Cosworth owners.

J: Has it always been classic vehicles that we have dealt with?

I: It was certainly our niche and selling point, yes. But as our reputation grew, so did the demand. Business continued to expand throughout the eighties and in 1989 we opened a second office in Nuneaton, taking over two separate established brokers: Keith Moulton and Co and Derek Forwood and Co. We were actually ‘Ian Fray and Co’, which I’m sure our long-standing customers will remember, right up until 1992. On the December of that year, we further extended our business to the floor above at our same Castle Street office. Client files were increasing and as was our need for further staff; hence the building extension. We developed new schemes and ideas, which were copied by other major insurers (including our bespoke paperwork!) However, every cloud has a silver lining. Copying is the biggest form of flattery, so we must’ve been doing something right. At this time, we also took on Austin Healey and TVR Car Club schemes with the purchase of Alan Ling and Co, from Bells Group.

J: Were other car clubs as keen to partner with the company?

I: Well, taking these successes into consideration, we were invited by Independent Insurance Ltd, to take over the NSRA scheme from a failing broker. To this day, this is a scheme that benefits us with really competitive rates. As a result, our involvement with NSRA and their car club events meant that this scheme went from strength to strength. We’ve had a lot of involvement with the club – especially with attending their car shows and events. It’s been beneficial for us, and them, to have this involvement given the amount of business we write from their car club!

J: So, where are we now? Are we still of the same mindset as before to narrow our insurance market or are we going to expand?

I: In 1996 I made the decision to sell the Nuneaton office. We were trying to juggle a variety of insurance types, including commercial business, and I decided we would concentrate wholly on classic car insurance. This was always our original niche, and to this day, remains the same. However, it’s now 2015, and as a company we are looking for factors to make our insurance more appealing to our loyal customers who do own classics, but also wish to bring us other insurance such as: home, their motor homes and caravans and even their daily drives. We feel that it’s time we expand in order to cater for their needs and at the same time put our stamp upon the market. The future is looking extremely promising.