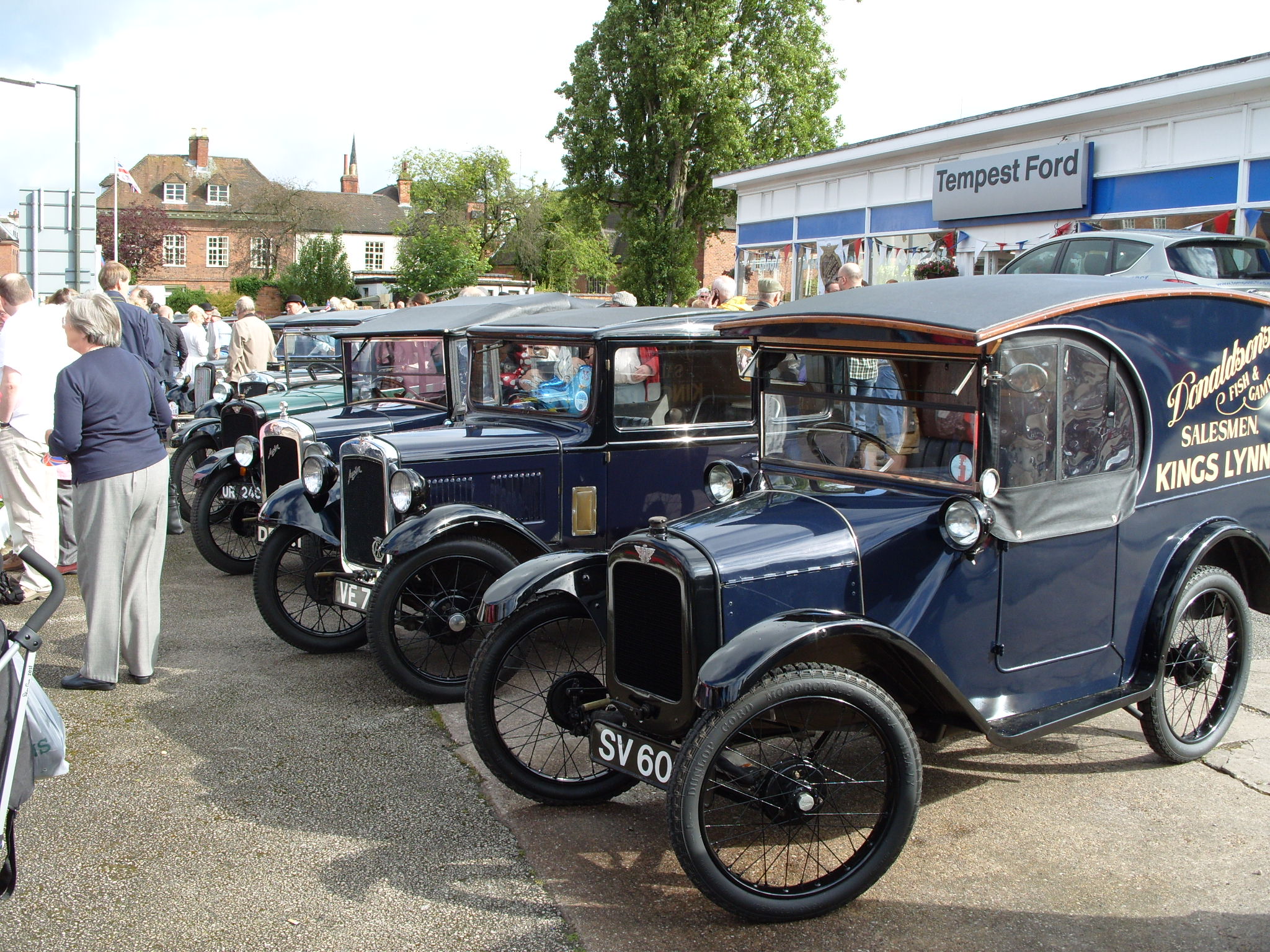 If a list were to be made of the nation’s favourite classic car, an Austin Seven would be on there, with the early “Chummy” tourers being the most recognised. But did you know that the ‘Seven’ was produced in a saloon, 2-seater sports model and a light van as well as the tourer?

Throughout the 17-year production from 1922 until 1939 the Longbridge Austin Motor Co factory produced almost 300,000 ‘Sevens’ of which about 12,000 are known to survive worldwide. 1934 saw the facelift ‘Ruby’ model introduced followed by the larger capacity ‘Big Seven’ in 1937.

So, with this heritage, an owner’s club is required to preserve these precious models and promote the enjoyment of a great classic car. Let us introduce you to the Online Austin Seven Club. Founded in 2007, this breakaway club is wholly run “online”!

It all started off in 1995 when a group originated as a local chapter of an existing Austin Seven club. An average meeting then was about 12 – 15 members, so the group was quite small, but everyone was very enthusiastic. The group organised local runs and visits, a format which everyone seemed to enjoy and continued for a number of years.

Around that time, computers were becoming more popular, so the group endeavoured to embrace modern technology and soon, all correspondence was done by email.

In 2006, one member who was very experienced with computers described his idea to form an Austin Seven Club that was wholly online, with no paperwork, all correspondence by email, and a club newsletter distributed online. The proposal was that this set up would be very economic as costs for paperwork and postage would be eliminated.

He put together the format of the club, which remains unchanged, proving that it has worked well. Instantly, this group all became members of the newly formed Online Austin Seven Club which went live in April 2007.

This format has worked very well, and the club continues to thrive into 2019. 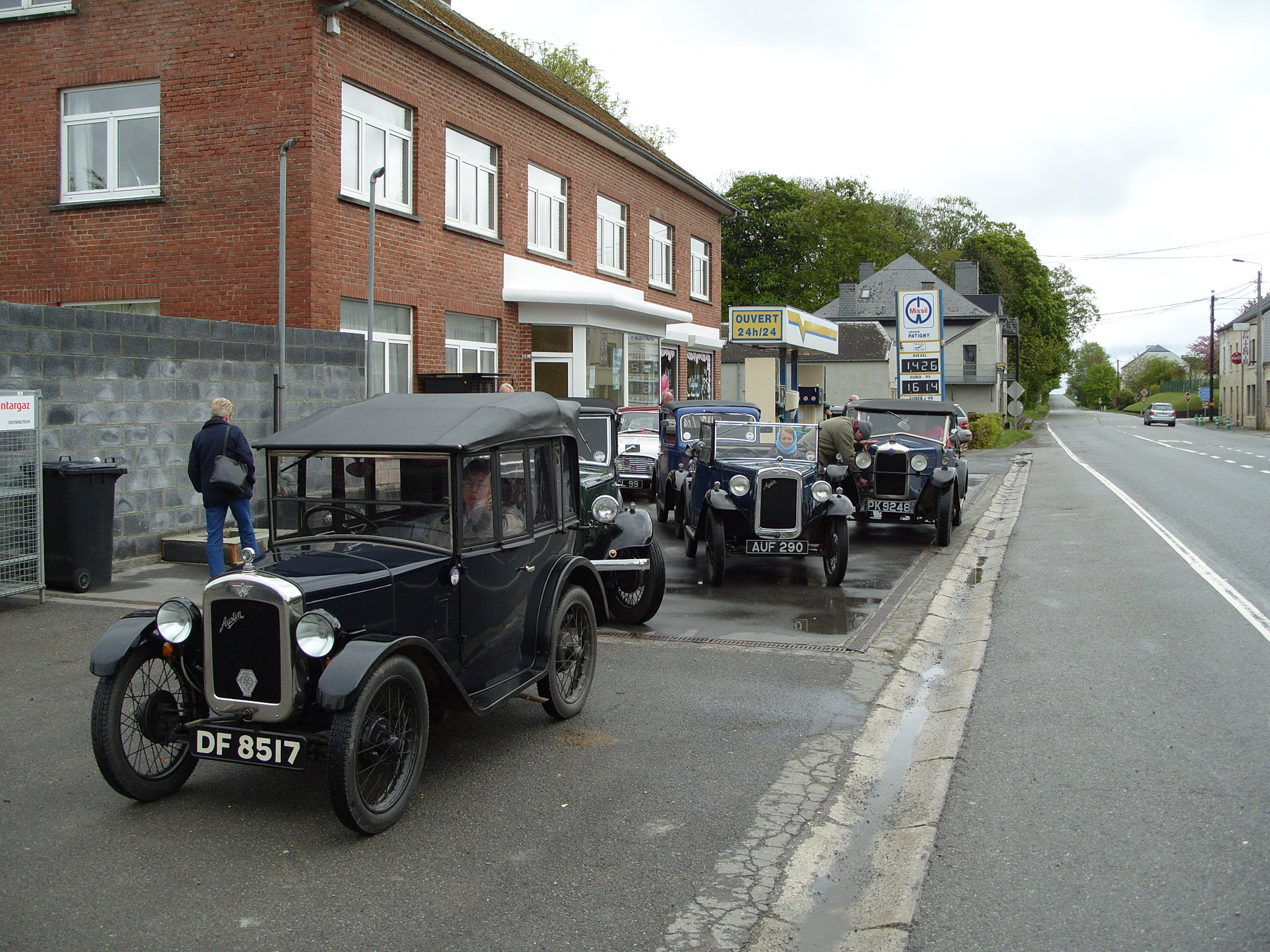 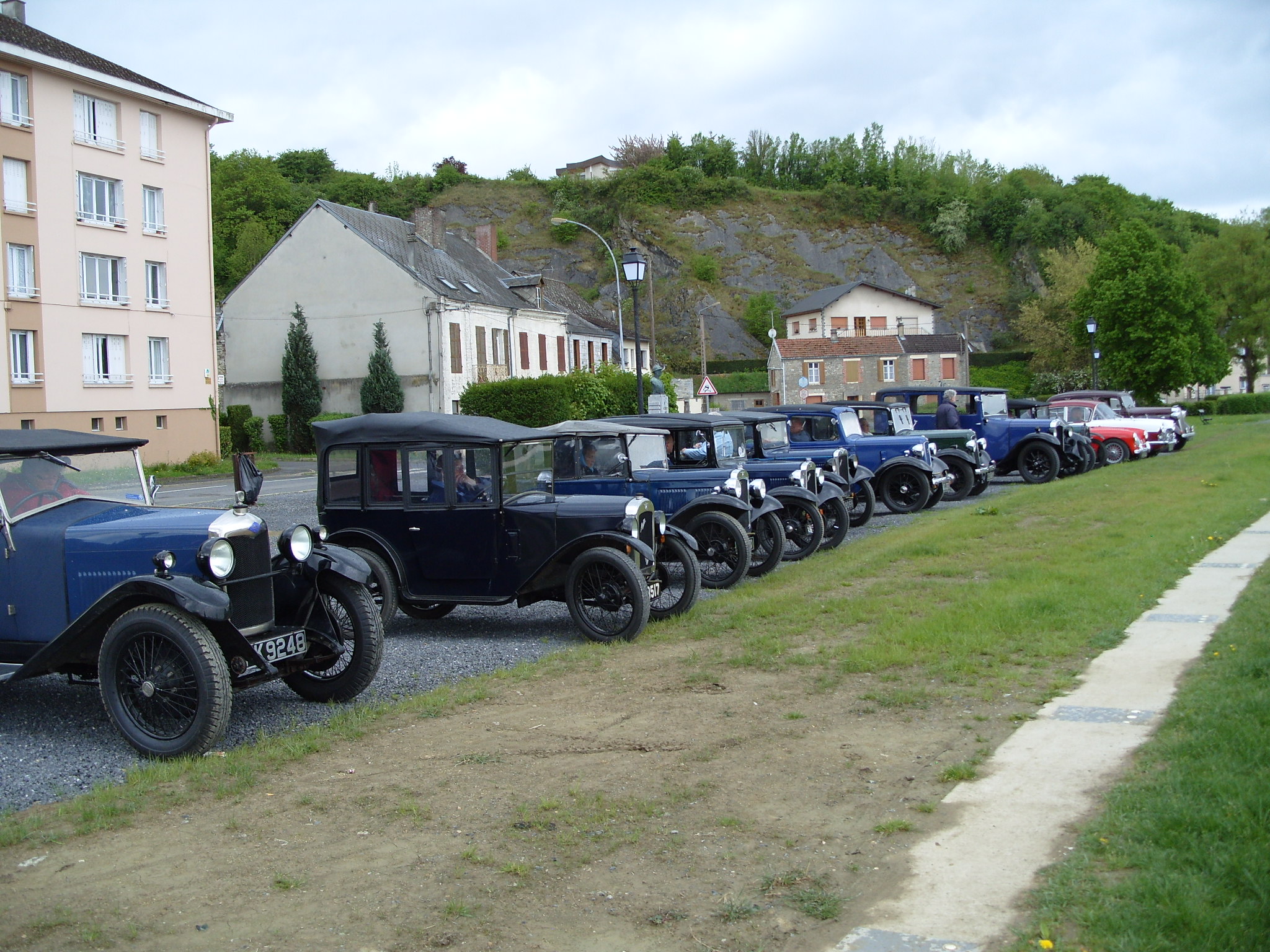 Enthusiasm was such that members decided to continue as the Online Austin Seven Club, and gradually drifted away from their original club. Since then, the club has continued to grow.

Their regular meetings average between 40 – 45 members, out of a total membership of approximately 100. As numbers grew, the club had to change venues twice when they outgrew the size of the meeting room!

Today, the club currently meets at The Nags Head, Burntwood, Staffordshire, which has an excellent function room, easily adequate for their current numbers. Alan tells us the pub has a very good menu, so a meal and a Club meeting really is a good night out. CL: Sounds great Alan!

As numbers grew, it became necessary to have an organising committee to manage club affairs. 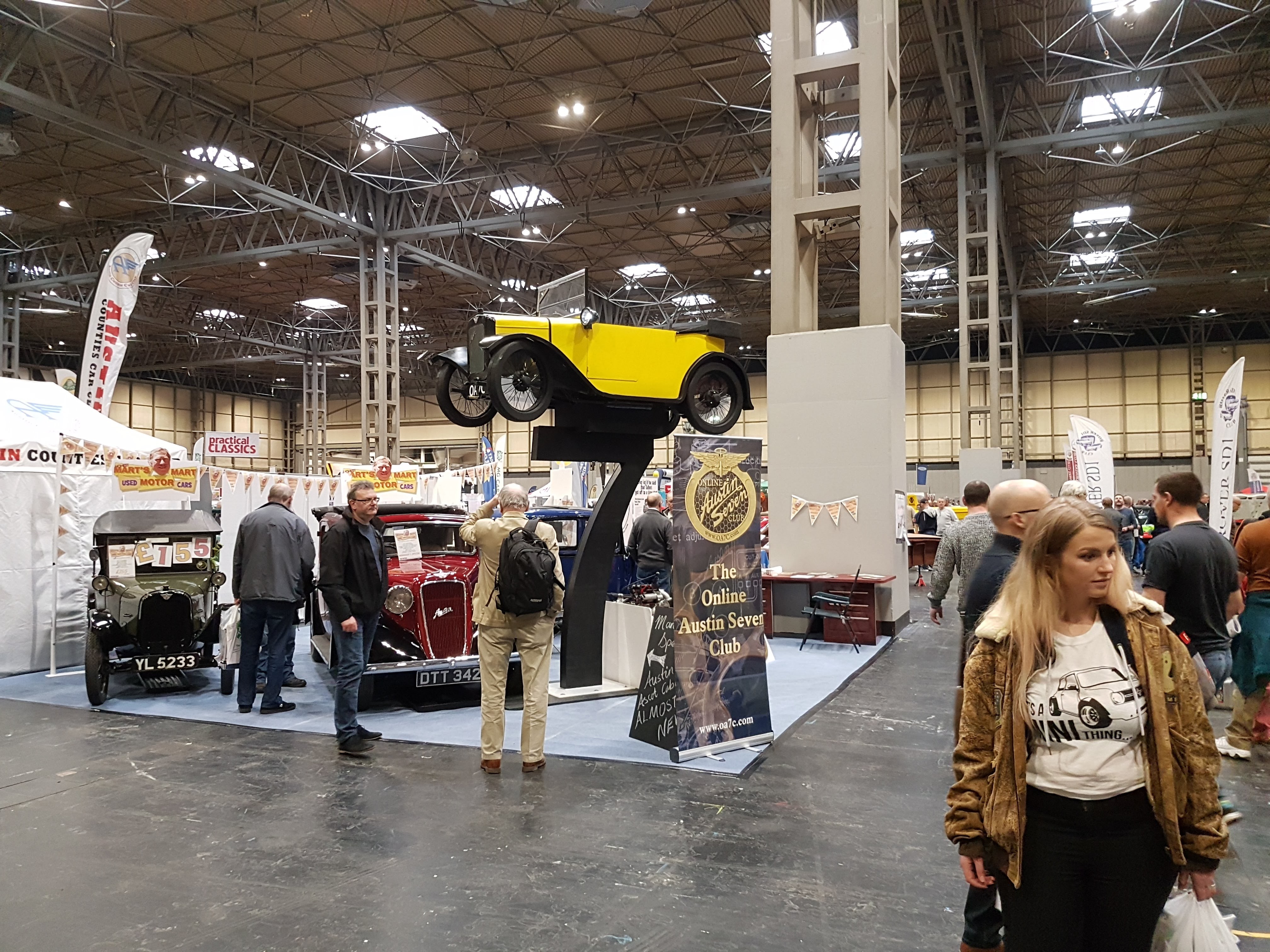 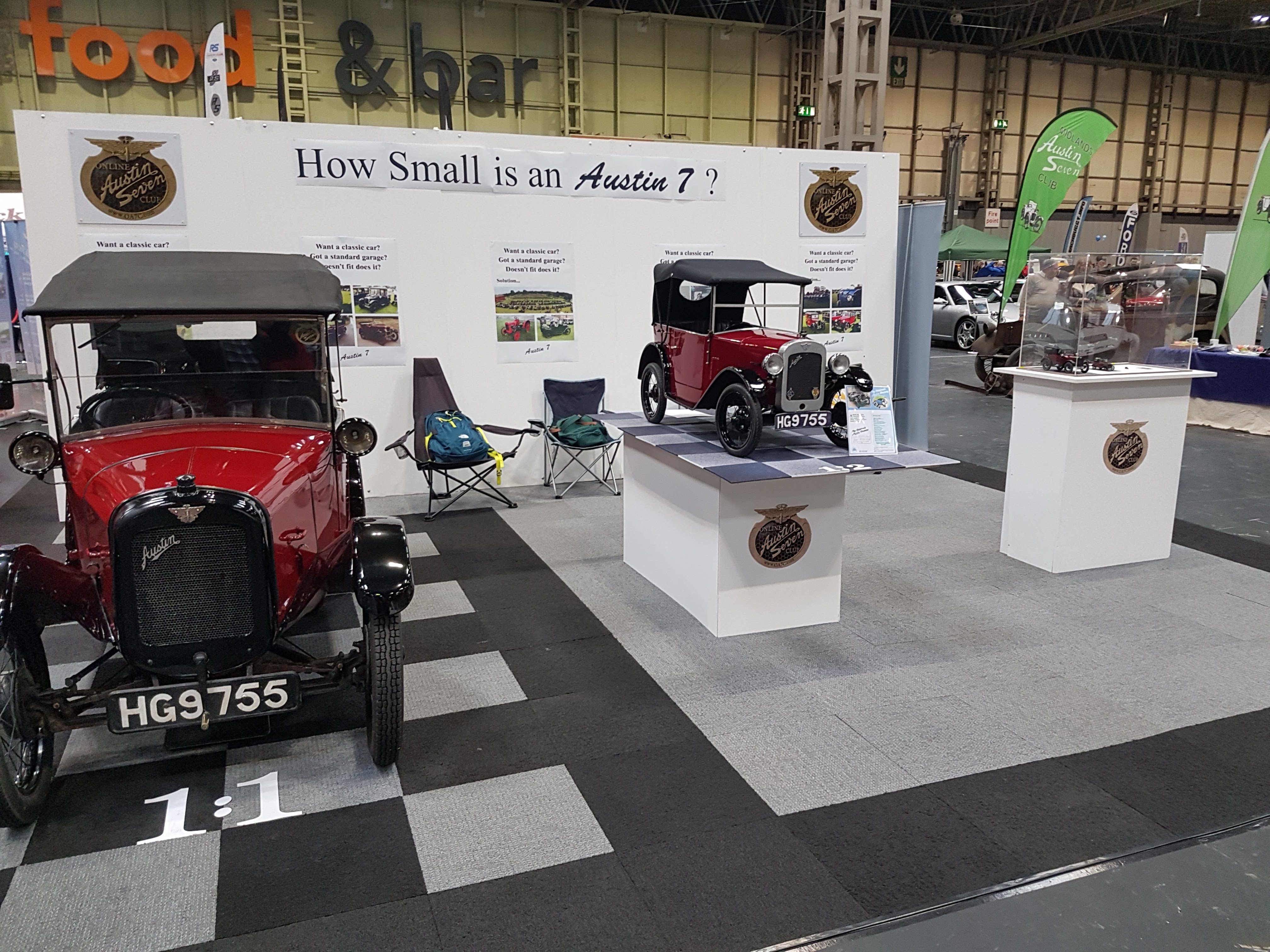 As a group, the club attends many local village fetes, takes part in other car club events and even taken trips abroad. The Committee arrange works visits for members and invite regular visiting speakers to their club nights. Because email communication is so easy and convenient, it is very easy to circulate information on events and special trips very quickly around the entire membership.

The club also showcases to the wider classic car community by exhibiting at the NEC Classic Car Show. The club is very proud to have won an award for Best Stand at this show a few years ago!

We caught up with the club at the Restoration Show earlier this year where they had a fantastic display of several scaled versions of an Austin Seven from life size to a 1:1575 scaled model!

Members of the Online Austin Seven Club own a variety of different models. The oldest vehicle within the club was made in 1925 and is still in regular use!

Several members have other cars as well as an Austin Seven, so there is often quite a variety of different makes and models taking part in their events.

All are welcome, go along and see for yourself. The club meet on the second Monday every month at 8.00pm, at the Nags Head.

To find out more about The Online Austin Seven Club, visit www.oa7c.com.