A glorious day at the Goodwood Revival

Home » A glorious day at the Goodwood Revival 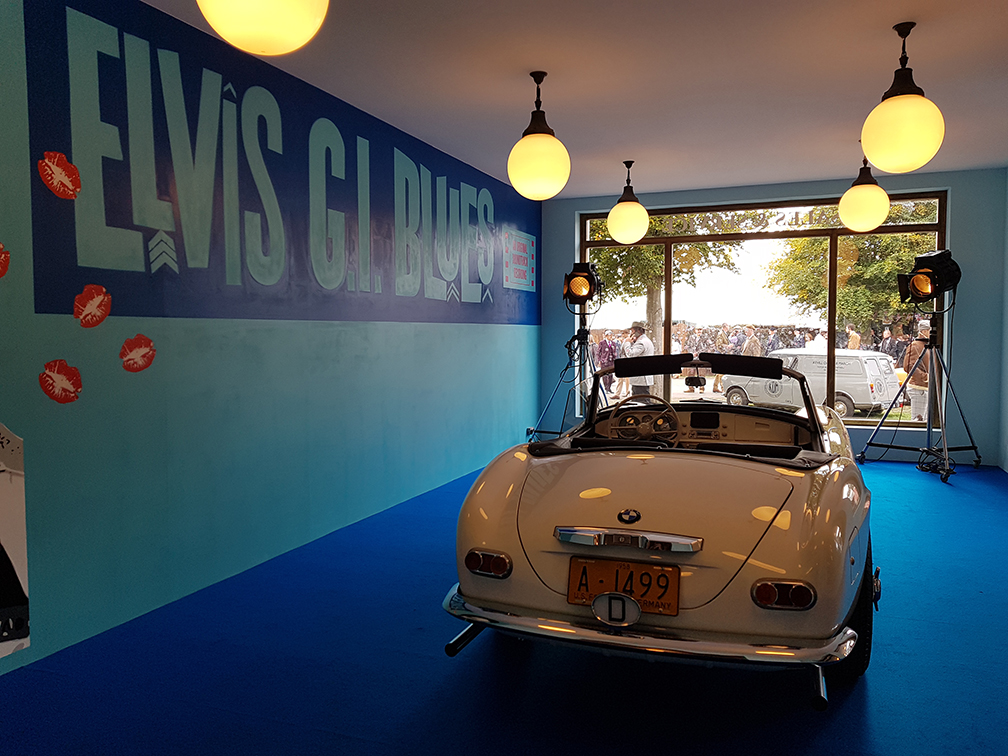 Recreating the glamour of motor racing as it used to be, the Revival is the only historic race meeting to be staged entirely in period dress. With selfies being snapped everywhere and red lipstick the colour of the day, you could spend hours people watching, admiring the outfits and soaking up the atmosphere. But, amongst all the Brylcreem and militaria, the reason we are all there is for the racing. With some of the most famous names in motorsport racing some of the most significant race cars and bikes from the 1940s, ’50s and ’60s, the 20th Goodwood Revival did not disappoint.

The action starts with a spectacular air display of Spitfires and a Hawker Hurricane paying tribute to the local squadrons who flew during the Battle of Britain.

Down on the ground, the theme of this year’s show was British Transport. From the world-famous FX3 Taxi cab, which is celebrating it’s 70th anniversary this year, to police cars and buses of the era, and even a steam engine billowing away adding to the nostalgic atmosphere. The British Transport track parade was such fun to watch – tooting their horns and waving at the crowds who were all too eager to cheer and wave back.

The Revival is so high-profile it attracts some huge names from the world of motorsport, GT, F1 and Touring car leagues. In the Kinara Trophy race alone, the cars on the grid were a combined estimate of £200million – including 10 Ferrari 250GT’s, 4 Aston Martin DB4’s and 8 Jaguar E Types! Despite the values, the cars are driven hard just as they were back in the glorious days of Sir Stirling Moss. 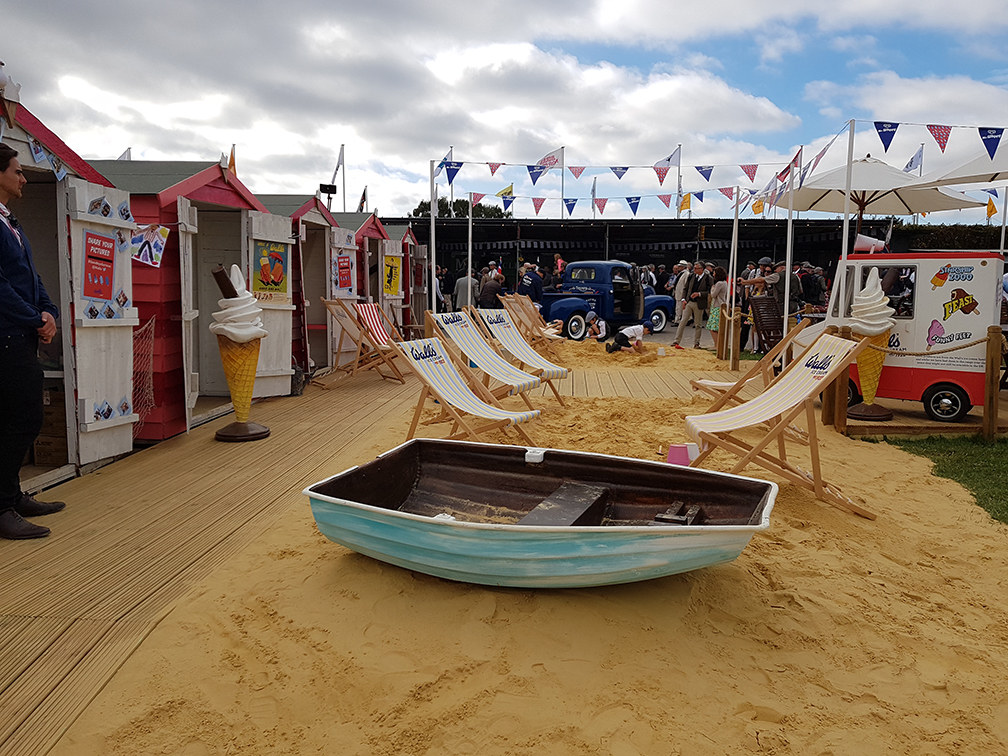 For us, the top race of the day was the final of the Sussex Trophy. After starting from the pit lane, the 1959 Lister-Jaguar ‘Knobbly’ driven by Phil Keen manoeuvred his way to win the race!

Others weren’t so lucky on the track. A 1963 Mk1 Lotus Cortina took a dramatic roll during part 2 of the St Mary’s Trophy race. Thankfully driver, Peter Chambers, wasn’t injured but we dread to think of the repair bill.

The Barry Sheen Memorial Trophy excited the spectators too. With Guy Martin on the 1000cc 1950 Vincent Lightening, and it was awesome to watch on of ClassicLine’s customers racing a Triumph T110. Did you know that we can provide cover for motorbikes too?

Off the track, the Earls Court Motor Show celebrated the films and cars of Steve McQueen as well as a couple of brand new Maserati’s…one can dream…

Over in Gasoline Alley we spotted a few familiar faces, with a triplet of NSRA sponsored Gasser Circus cars making an appearance. If you didn’t see the 1957 Chevy ‘Roaring Rat’, you would have certainly heard it!

We didn’t leave the Revival until 7.30pm, so missed pretty much all of the Revival pre-66 car show in the car park. Well, that just means we must go again next year… 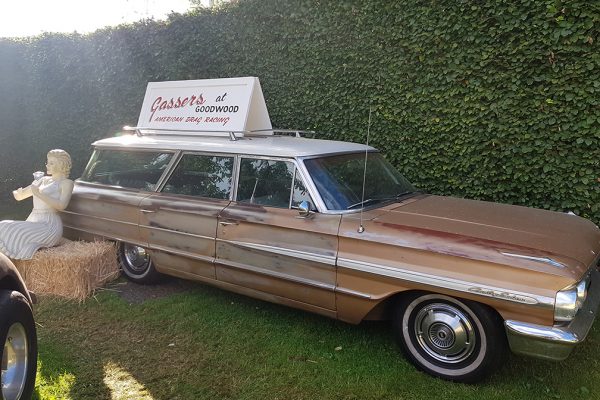 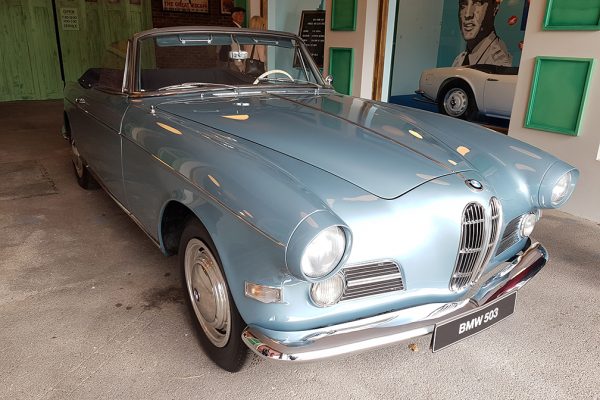 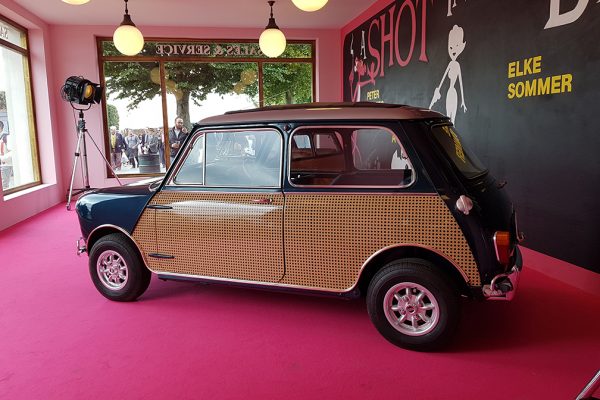 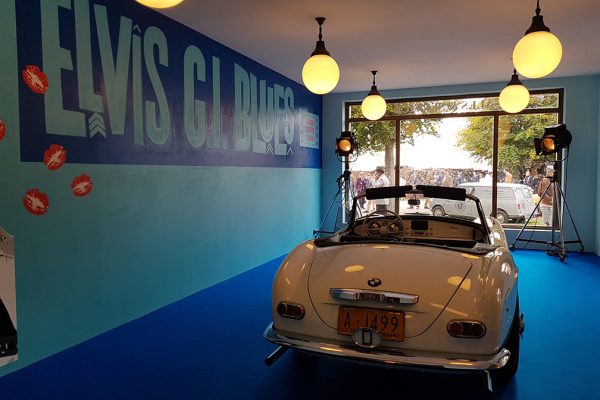 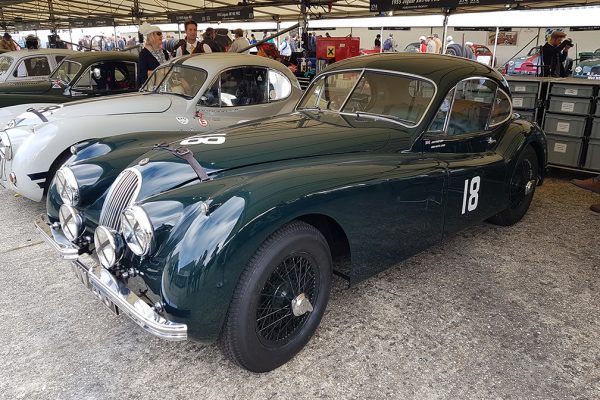 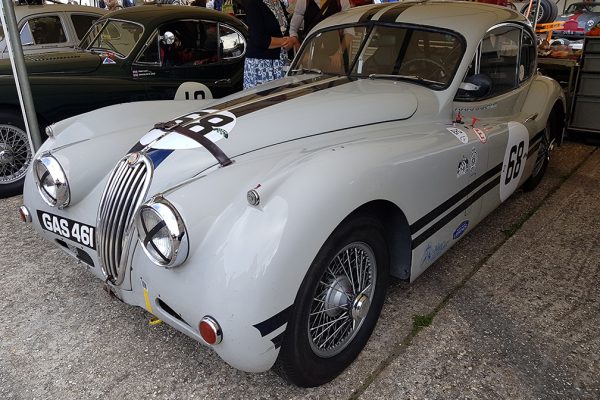 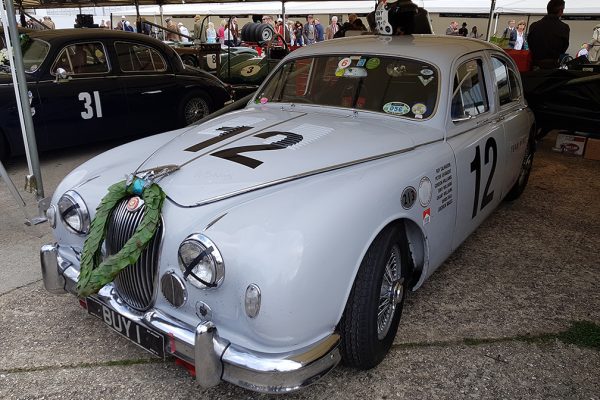 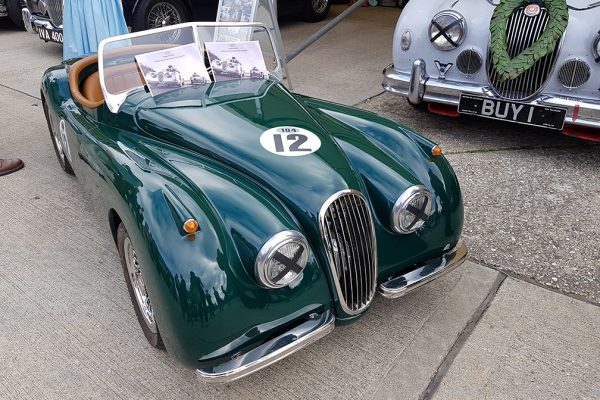 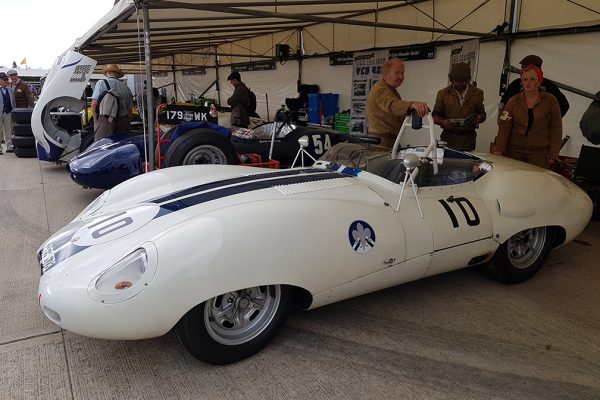 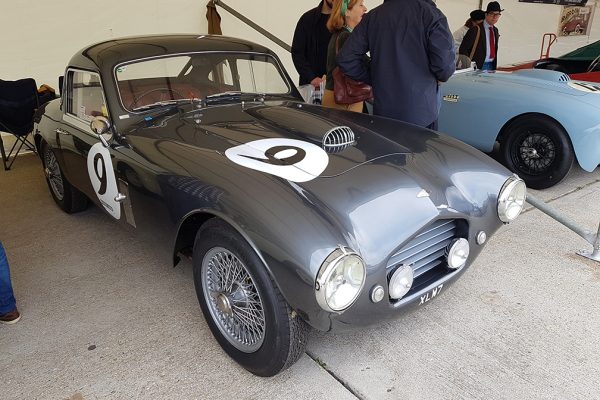 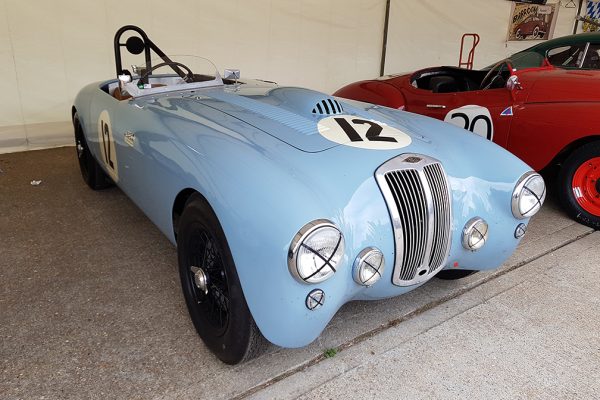 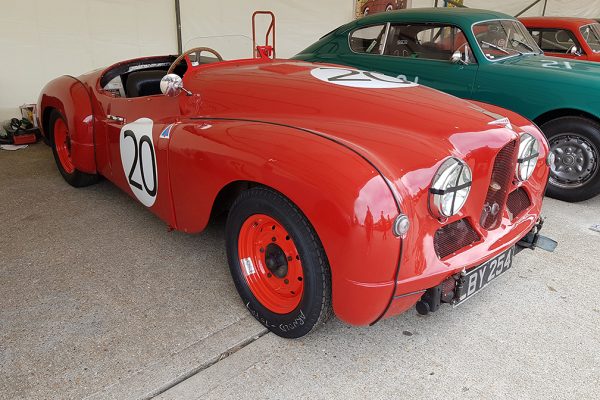 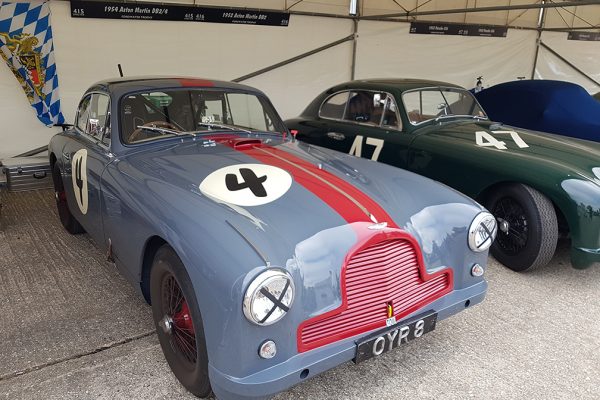 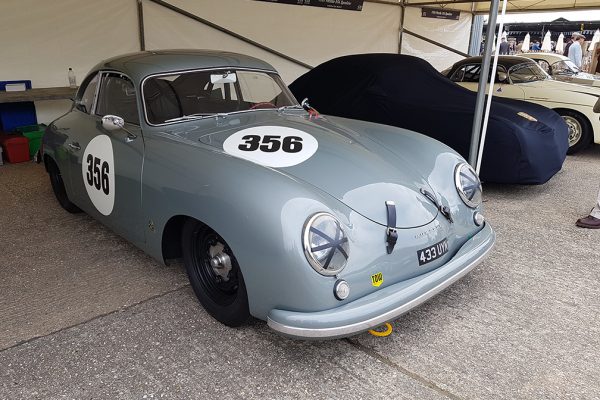 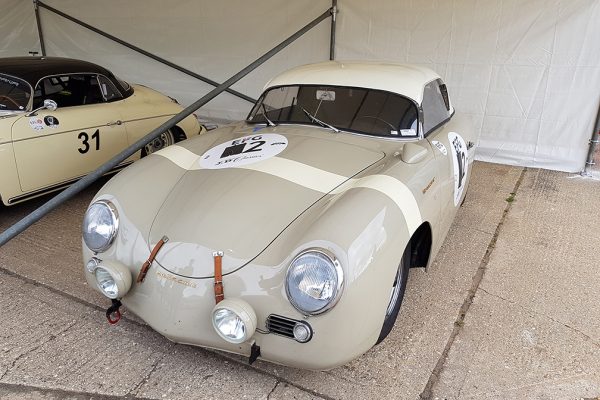 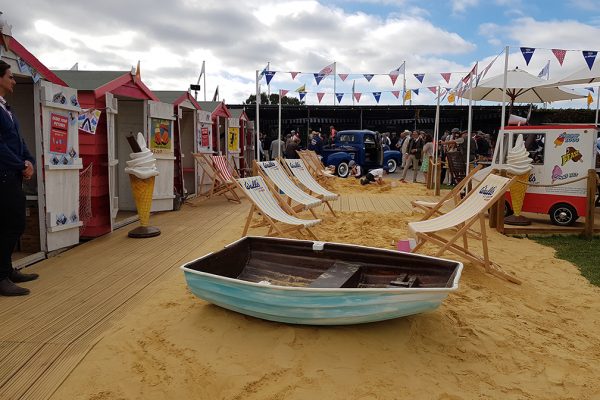 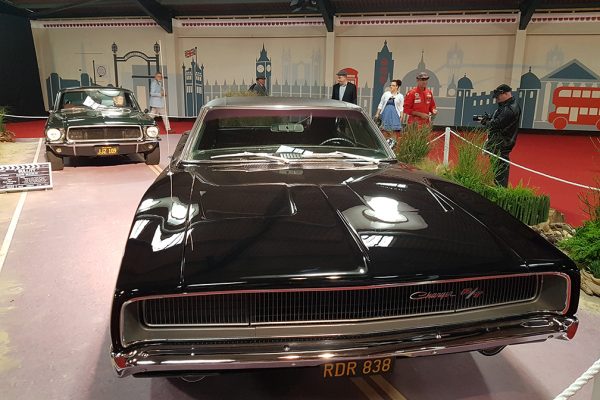 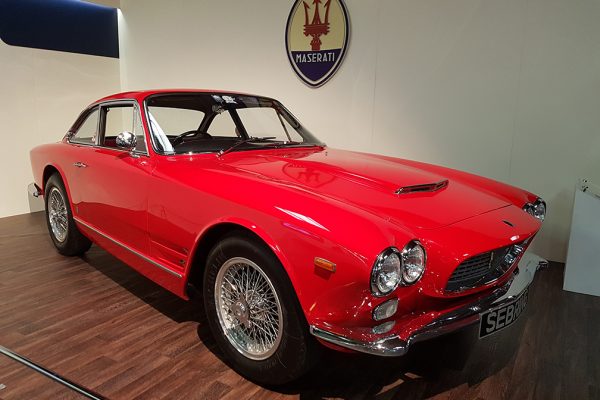 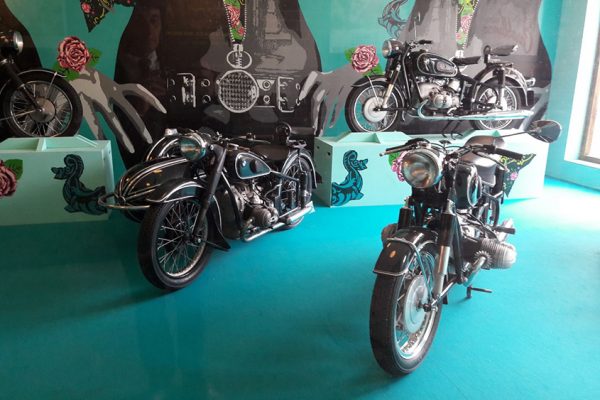 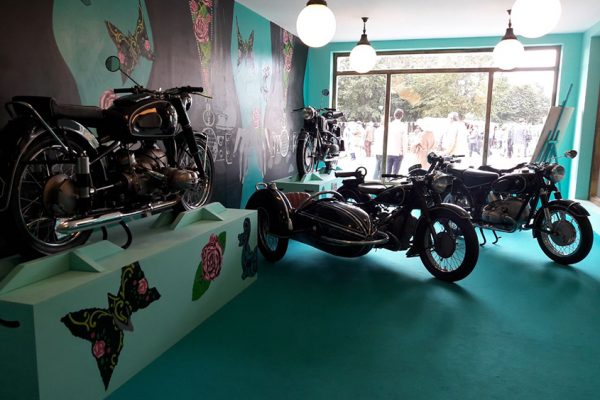 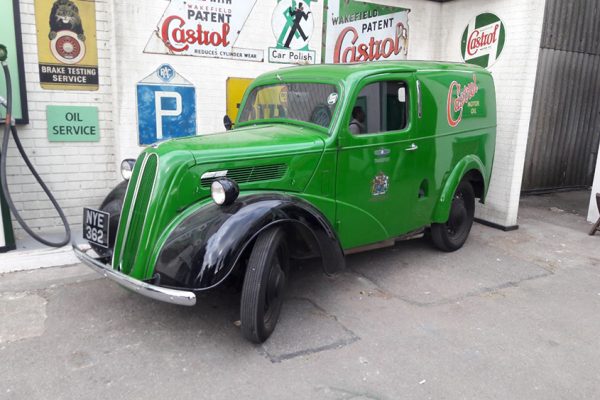 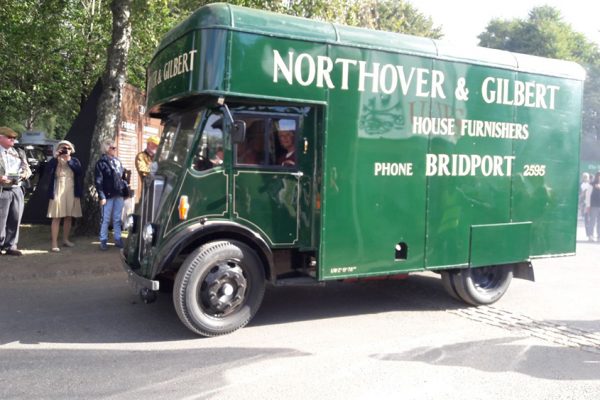 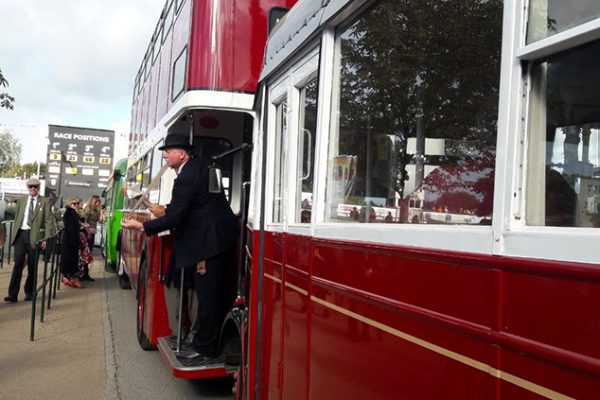 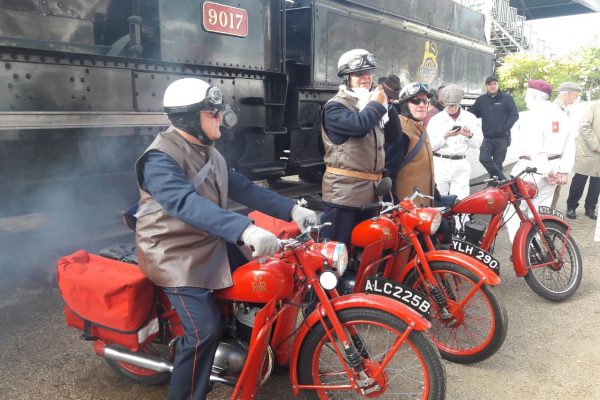 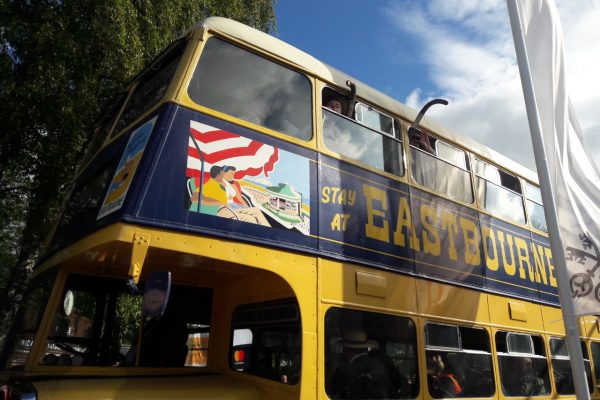 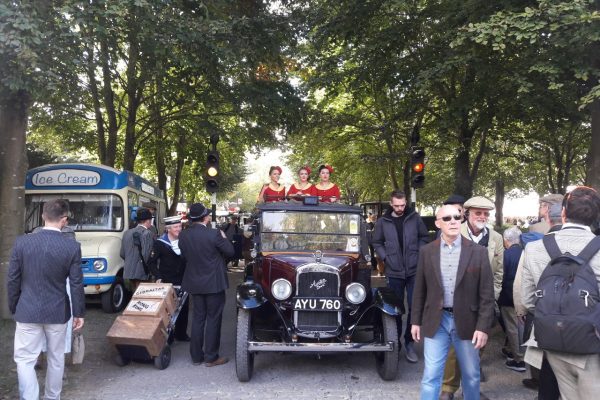 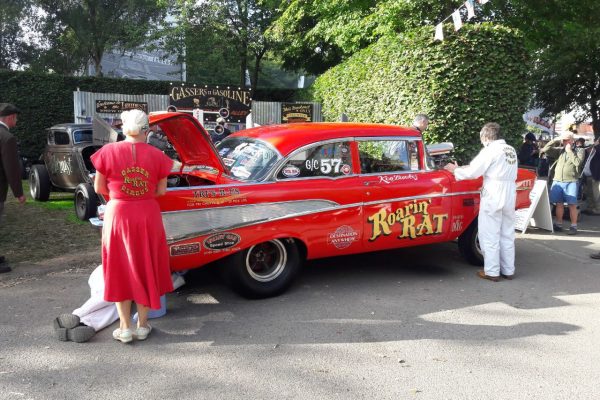 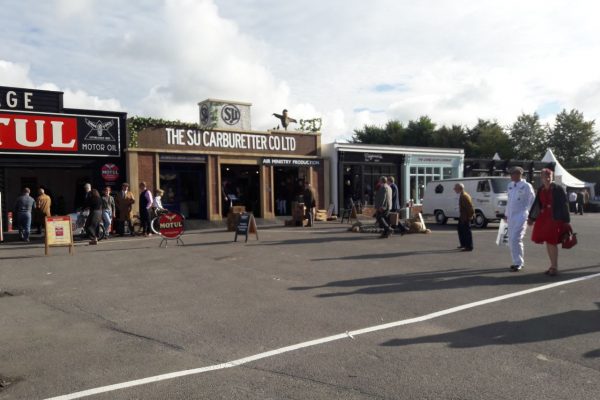