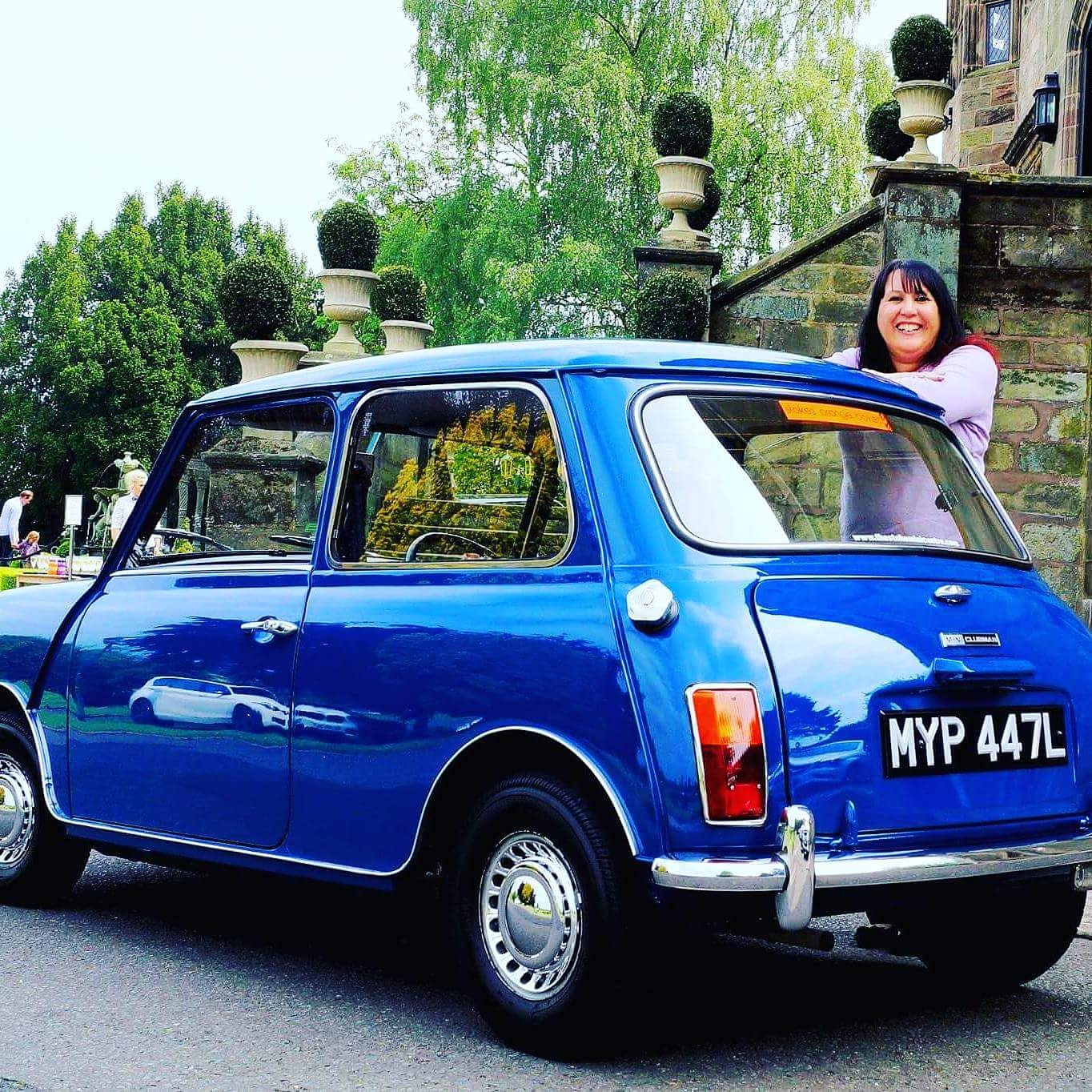 Sharon Ekin with her 1973 Austin Mini Clubman was the first winner of the ClassicLine sponsored 2019 Gemini Events Pride of Ownership awards. Following Sharon’s win at Motorfest on the 21st & 22nd April, we caught up with Sharon to find out more about her fabulous Mini Clubman.

Sharon, from Longton near Stoke on Trent, has had a passion for classic Mini’s since the early 90’s. At the age of 18, her parents purchased a white 1975 Mini Clubman for the grand sum of £100 for her to learn to drive in. From this point onwards, Sharon was hooked on Minis!

It was around six years ago that Sharon happened to hear about ‘Lily’ at a local garage. This ’73 Austin Mini Clubman was for sale and Sharon fell in love instantly. Even though Sharon wasn’t looking to buy another Mini at the time, she already had a Mini Mayfair in need of restoration, she purchased Lily there and then.

Lily, the Mini Clubman, was first registered in London in February 1973 by a Mr Owen who, after only having the car a short while sadly passed away. The car was then garaged for a considerable length of time having only done 32,000 miles until she was later sold by the family to the garage in Stoke on Trent.

The car was in a reasonable state thanks to good storage so only minor restoration was required. The original 1973 body work is remarkable. Sharon tells us, “the paint was quite tired, but I could tell she was loved. Some of the Teal Blue original paintwork had been rubbed away in places so has been refreshed”. 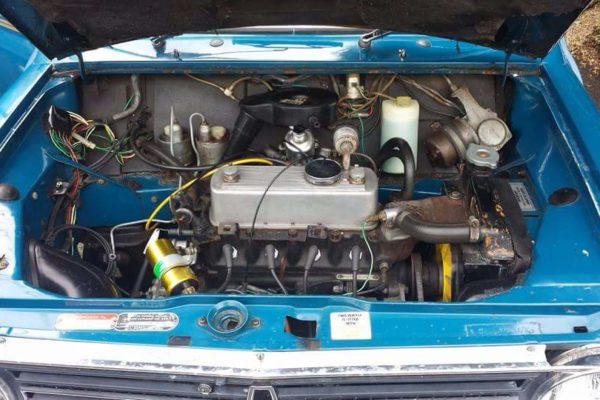 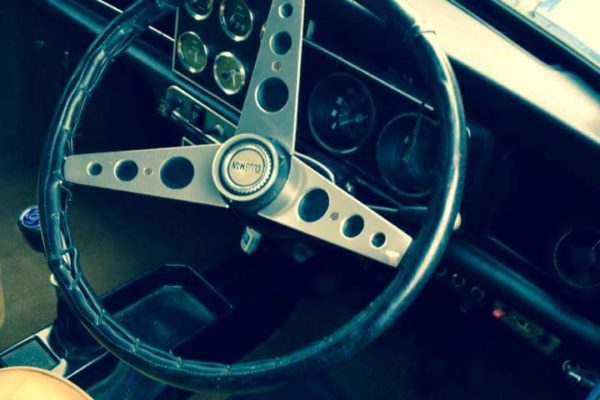 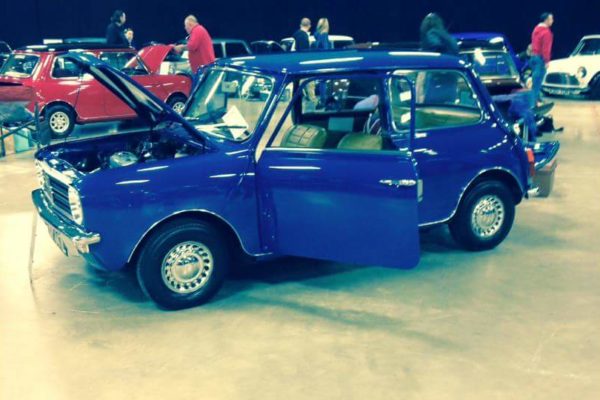 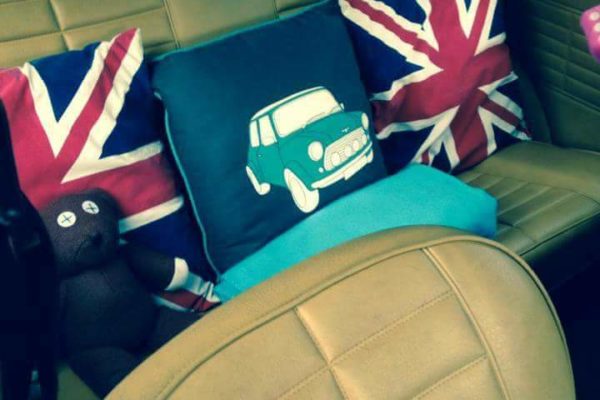 Lily’s original owner had fitted an electronic ignition but as she had stood for a very long time it no longer worked – this was removed and put back to standard. All in all, it took Sharon about a month to get Lily roadworthy again to be driven and enjoyed. “Some of the work was carried out by a local classic Mini garage and some by me. It was a labour of love and to see her on the road again after such a long time was a joy!”, says Sharon.

Sharon was keen to keep the Mini Clubman as original as possible – she loves the Mini as it is and the cars originality. All apart from the subtle period touches made by the original owner. Mr Owen had added a set of dash clocks lit up by a modified ash tray light. There is also tyre pressure gauge in a holder near the footwell which make this car unique.

The Mini is still powered by its original A Series 998cc engine. Sharon tells us it puts out about 36 bhp and runs smoothly and quietly as well as being quite nippy around town!

Inside, all the ocre coloured interior is original. Sharon says, “I wasn’t sure what state the seats were in at first as they were hidden by horrible 70’s seat covers. Removing these revealed good condition seats – all they needed was a wash to bring them up”.  Lily even has the original carpets and mats too, as well as the original dashboard and roof lining.

The car sounds perfect. However, as we all know with old cars, there is always something to cause you a headache! Sharon has needed to repair and replace all the worn parts that kept failing due to wear and lack of use. The clutch master cylinder went, and every time Sharon stopped, she had to repeatedly pump the clutch to get it to go into first gear.

So, after a bit of TLC and a few repairs, Sharon can enjoy using Lily with regular local trips and drives to car shows throughout the year. During the summer months Sharon heads along to the Stoke Orange Boxes Mini Club meets and runs out. One of the best runs is to the Clubs’ annual charity run, ‘Potteries to the Peaks’ which is in aid of the local Douglas Macmillian Hospice. 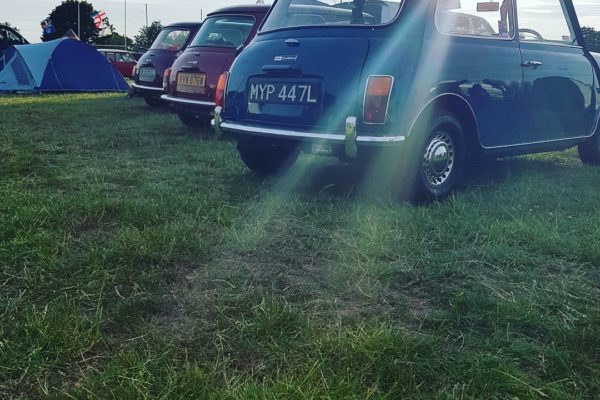 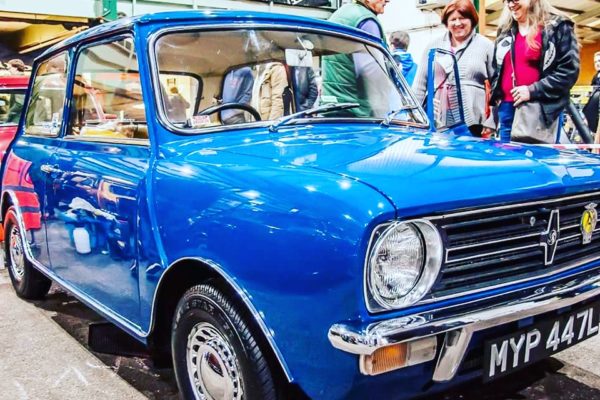 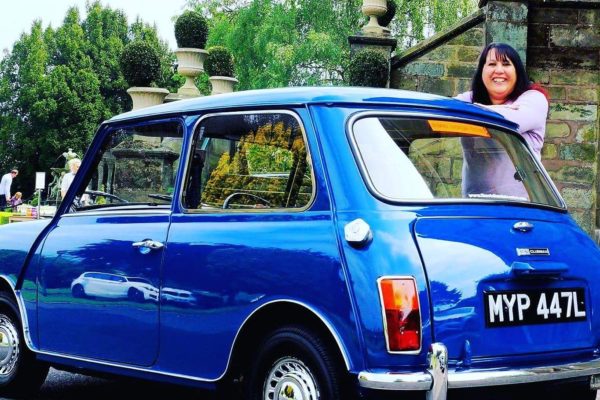 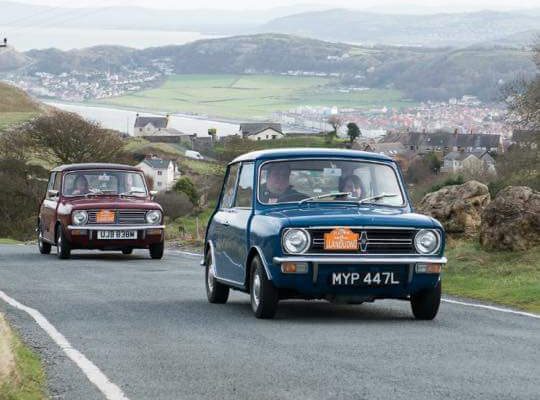 So far, the longest journey made by the pair has been from Stoke on Trent to the Wirral then on to Llandudno and back again – not bad for the original 36bph A series engine!

“What I love most about driving my Mini is the amount of enjoyment it gives me. All the laughs, all the little quirks she has and the reactions you get from people in the street and other drivers as you pass by. People wave, point and clap. Drivers, not just fellow classic car drivers, wave and stare and will drive alongside on the motorway just to get a good look! If you have a window down, people will come up and comment about the car. People at shows get excited about the car and take photos of themselves with Lily too. They always seem to have their own Mini story to tell and how they wish they had kept theirs! No amount of money can buy that, I am proud to say”, says Sharon.

It will be no surprise that Sharon and Lily have scooped several awards in addition to the Pride of Ownership trophy! Win’s at the British Mini Club shows, the VW & Mini Meet in Dudley and the Mini & Metro Show at Gaydon to name a few.

You can catch Sharon and her fabulous 1973 Austin Mini Clubman at the British Mini Club’s ‘British Mini Day’ at Himley Hall on the 12th May. There are also plans to attend this year’s ‘Potteries to the Peaks Mini Run’ from Burslem Cricket Club, Stoke on Trent to The Derwentwater Arms in the Peak District.