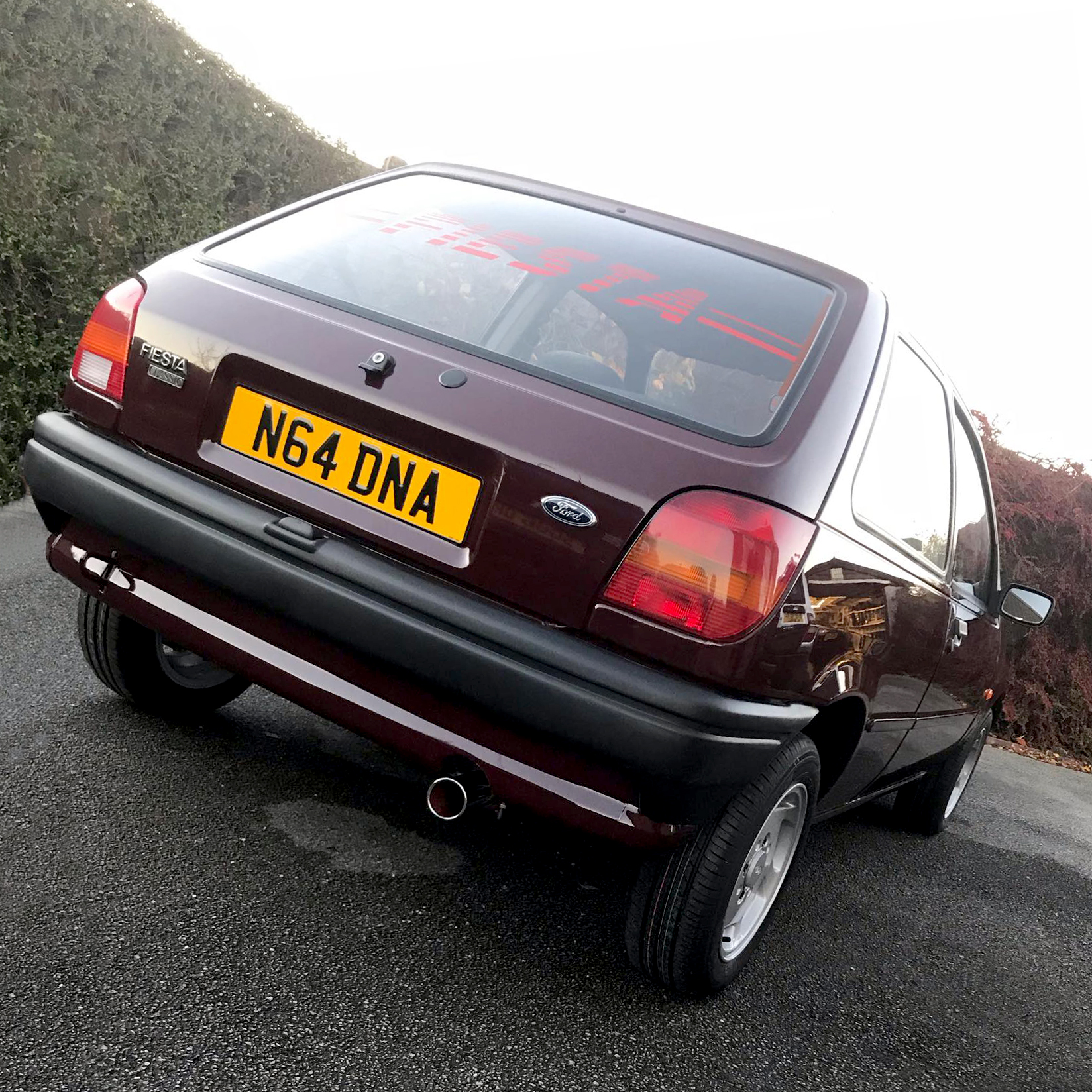 Andrew Owen with his 1996 Ford Fiesta was a runner up in the ClassicLine sponsored 2019 Gemini Events Pride of Ownership awards. After Motorfest on the 21 & 22nd April, we caught up with Andrew to find out more about his retro Fiesta.

Andrew, 21, from Cheshire, was introduced to classic cars at a young age. He recalls sitting in the back of his grandparents British White automatic MGB GT and attending shows with them. Growing up, Andrew was always around cars, be it classics or modified vehicles. But it was his Mum’s two XR2i’s that really started his passion and lead to his dream of one day owning his own Fiesta.

Andrew purchased his Ford Fiesta Classic in August 2018, with just 35k miles on the clock. But it was until April 2019 that the car was put back on the road.

The car is in fact a MK3/3.5 model. Production of the MK3 ceased in 1995 to start the production of the MK4 model, however Ford continued selling the MK3 body style until early 1997. There aren’t many differences between the MK3 and MK3.5, apart from the style of fuel cap – the MK3.5 has a filler flap whereas the MK3 doesn’t. Andrew tells us, “I’m not sure on how true it is, but the car is supposedly Spanish produced as it has ‘Ford Espana’ and ‘made in Spain’ which the models produced in the UK don’t have”. 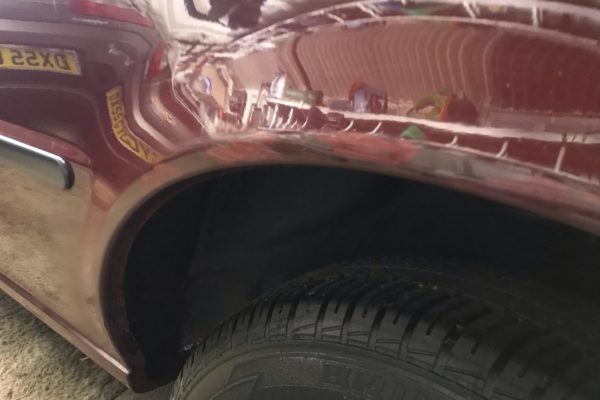 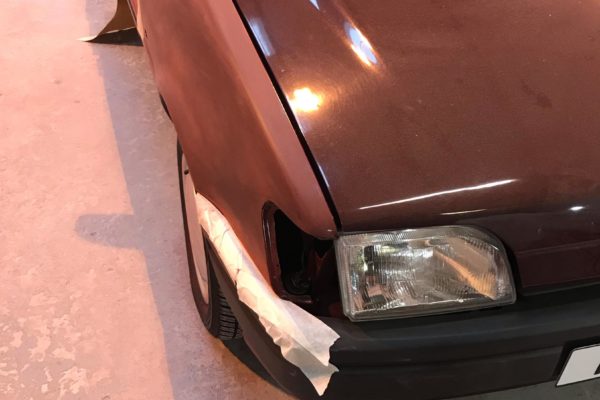 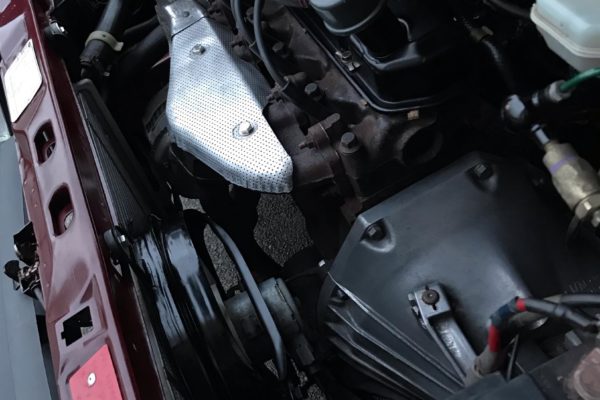 The Fiesta, nicknamed ‘The Fez’, started life as a local shopping car for a careful lady owner. The following owner purchased the car as a project to modify and turn into an XR2i or RS Turbo lookalike however due to other commitments ended up selling the car before starting the project. Andrew did find a rather quirky but nostalgic feature under the bonnet – the mileage and date of every service was written in pen on the underside of the bonnet!

Andrew recalls that the car wasn’t in too bad condition when he bought it, he had looked at much worse. The wings and arches needed a respray as the Maroon paint work had dulled, and orange peeled. This was sorted by a local paint shop in Crewe that Andrew knew well.

The car still powered by the original 1.1 litre HCS engine with a 5-speed manual box. Andrew says, “driving at higher speeds on bypasses and dual carriage ways isn’t too strenuous for the engine but some models I believe only have a 4-speed box”. The suspension is also standard with new rear springs.

Personal touches have been added. To replace the original wheels, Andrew bought XR2i alloys from G.S. Escorts, a breaker in Widnes for a retro look. After refurbishing them, Andrew went to Demon Tweeks for brand new Toyo NanoEnergy 3 tyres. Whilst ordering the alloys from the breakers Andrew also decided to replace the clear indicator lenses with orange for a better look. 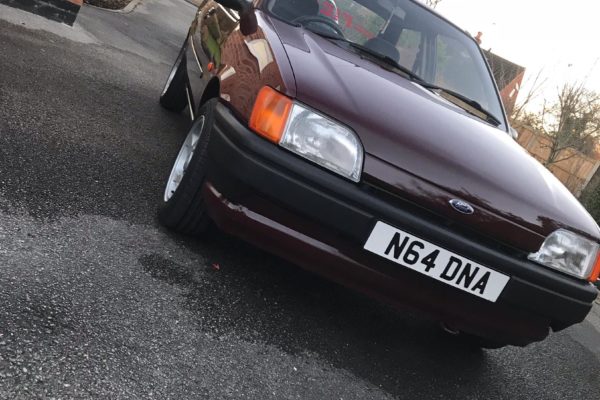 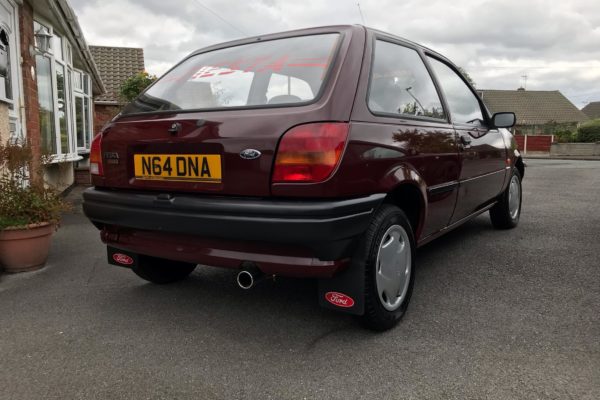 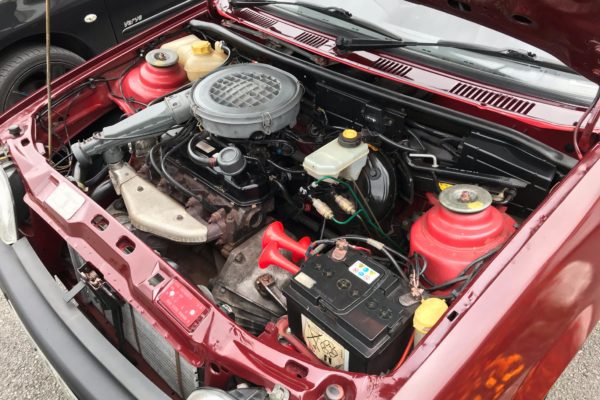 The Fiesta also come with an airhorn, but Andrew says, “I wasn’t too fond on it, so I decided to replace it with an Ahooga horn that piggy backs off of the original horn. I’ve also had a custom-made Demon Tweeks cat-back stainless-steel exhaust system with a 3’’ powerflow backbox”.

Inside, the interior is original. The front and rear seats were in fantastic condition, not ripped or sagging as is common on older Fiestas. Andrew did upgrade the stereo, there were no USB ports in the 1996 version!

All original parts have been kept so ‘The Fez’ could be put it back to standard if needed.

We asked Andrew what parts of the customisation caused him the biggest headache and it seems he’s chose a good car to start with! “Most of the have been fairly easy as the car is so simple to work on. There’s no fancy electronics and there is plenty of room in the engine bay to get at everything. I think most people would come across the rusty/stuck bolts that don’t want to budge!”, he said.

So, with the car only being on the road for a few months, Andrew has a busy show season ahead and has plans to attend shows at Trentham, Tatton, Middlewich and Cholmondeley Castle. He is also keen to use the car as much as possible at weekends and of course to the M6 J16 Motoring Clubs’ monthly meets, the club which Andrew is a member of. “The M6 J16 Motoring Club is a fantastic club with some truly great members that are very welcoming, it has a fantastic environment all the time”, says Andrew. The club meets every third Tuesday of the month at the Bull’s Head pub near Smallwood. 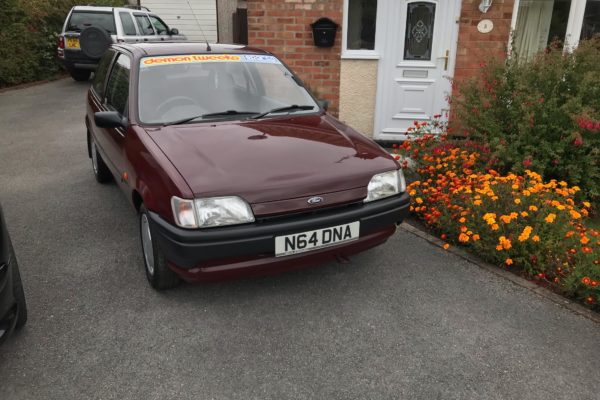 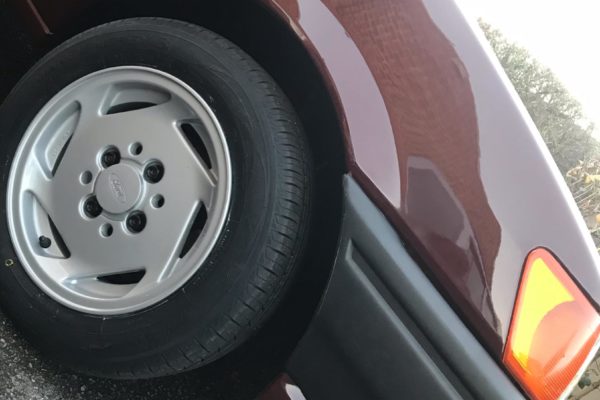 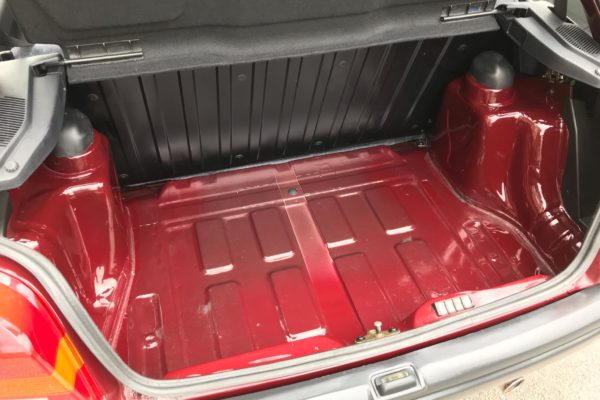 Andrew told us the best thing about driving the Fiesta is that the car is so basic. “There’s no electronics to go wrong, no power steering and it just feels so much nicer to drive than a modern car in my opinion”.

Now that the car is on the road, we asked Andrew if he is contemplating any other projects… “I would like another project, but I think I’m going to hang fire and make sure my Fiesta is the best it can be and in pristine condition as possible”, he says.