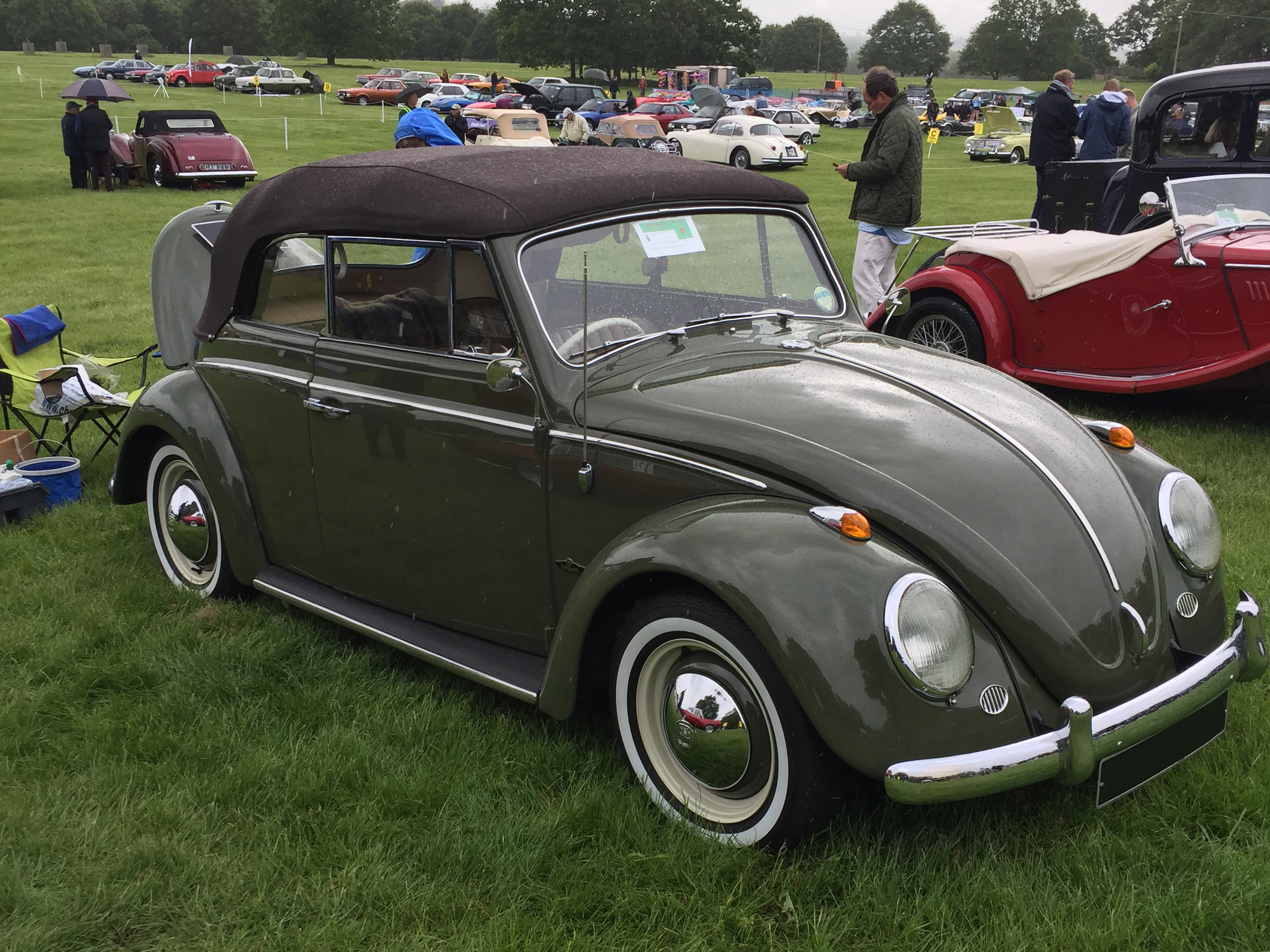 Tony, now retired, is a former mechanical engineer from the Worcestershire. His first classic car was a 1979 VW Beetle Cabrio which he bought in 1985 and worked up to concours standard. The ’79 Beetle was then sold on for an Austin Healey 3000, which in turn was sold for an AC Ace Replica. Before Tony parted with the AC Ace Replica to make way for his current 1963 VW Beetle Cabrio, the kit car made a number of appearances at the popular NEC Classic Car Show.

It seems that Tony has a rather soft spot for the Beetle Cabrio and his current 1963 model is quite the jet setter!

The Beetle was originally left-hand drive and was shipped to cruise the highways of the USA. Around 14 years ago, whilst in America, it underwent a basic restoration. The Beetle was eventually shipped back to the UK around 2014 to reside in a private collection but eventually ended up being bought by a VW specialist restoration company. It was here that Tony spotted the classic Beetle and purchased it some 18 months ago. Although the car still has some US style influences, it’s now back to right hand drive with original European features.

Tony, who is a member of a local West Midlands VW Club and the Healy Drivers Club, tells us that many of the original features had been removed from the car to support its ‘Cal’ look whilst in the States but the car has now been brought back to a stock European look.

We spotted the Beetle at the recent Ragley Hall Motor Show and were really taken by the quality of the build. Tony carries out what work he can on the car but does like to find good restoration companies with the specialist skills need to complete the job such as trimmers and paint shops.

The engine would have originally been a 1200cc block, but as the Cabrio is heavier than a Saloon due to a strengthening member on the floor pan, and the hood being heavier that steel, the engine is now 1500cc. All other running gear is as standard. 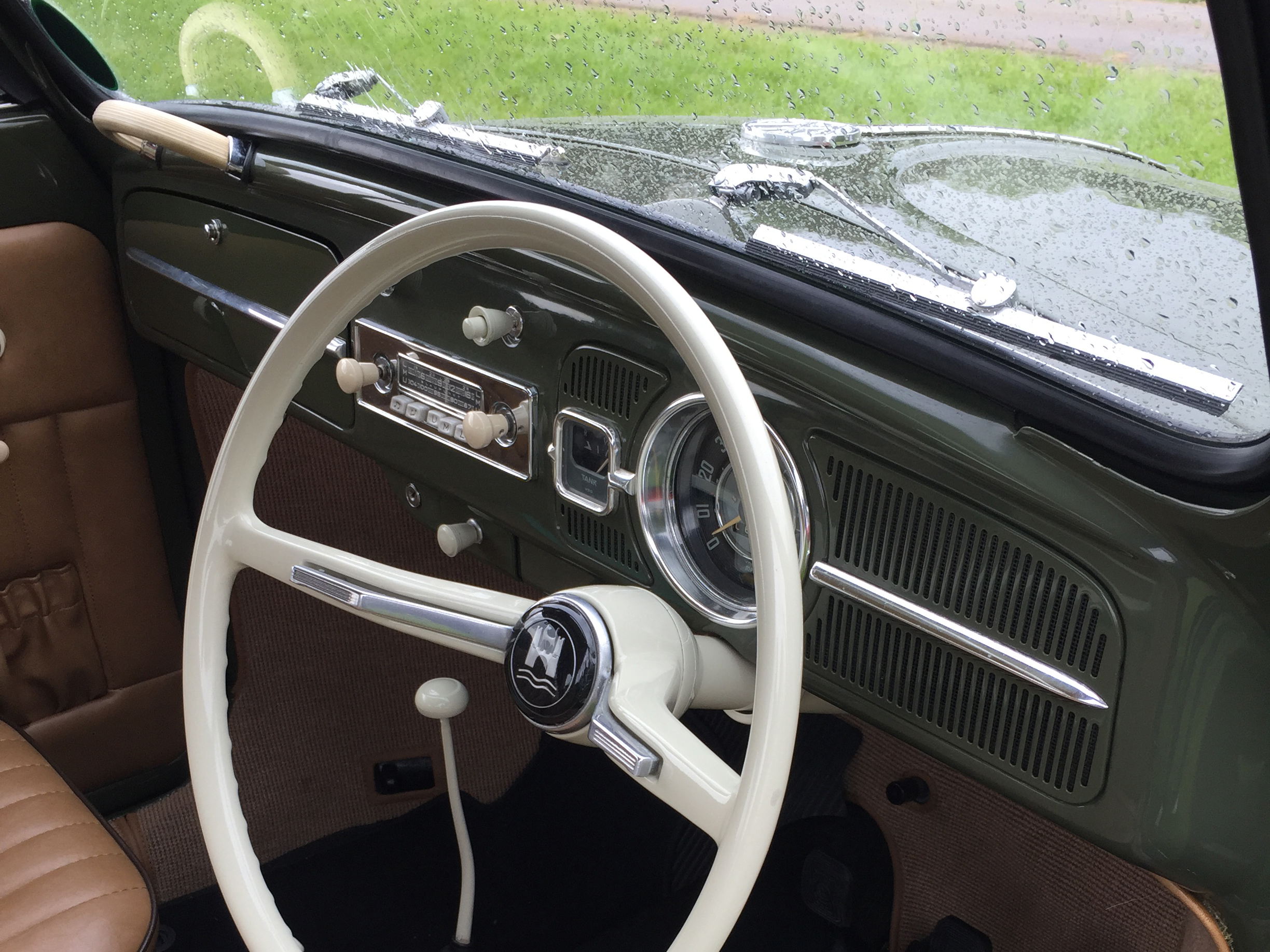 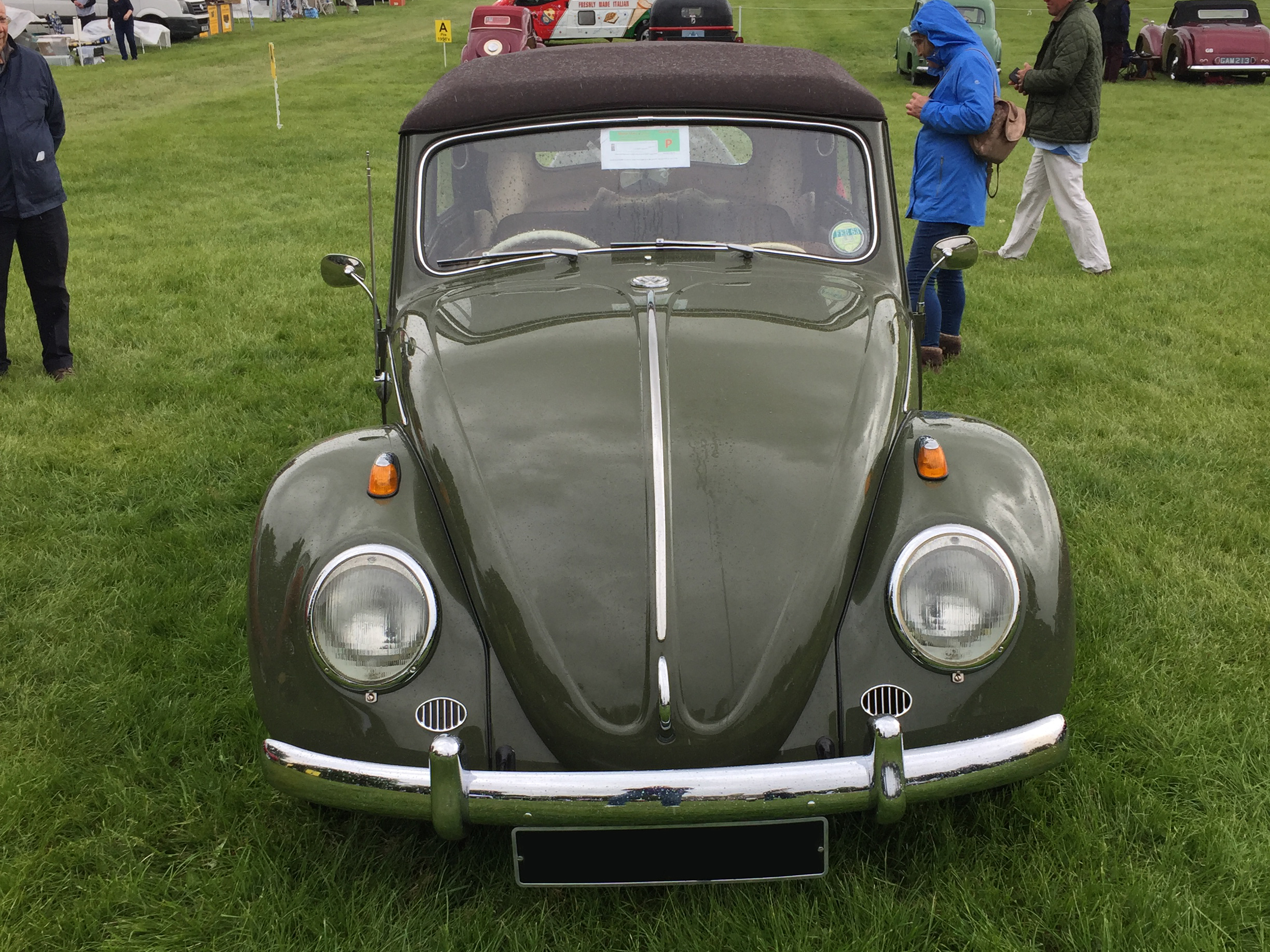 Inside, the interior has been given a refresh but is still in keeping with the original style.

One of the aspects we love about this car is the original look paint scheme. The paintwork is an original VW colour ‘Palm Green’, which was primarily used on VW vans and buses in the mid ‘50’s.

As the car is so lovely, we asked Tony is there are any aspects that give cause for a headache… Tony replied, “it’s 55 years old so parts are coming to the end of their natural life – I just wait for the next thing to give up!”. CL: the joys of owning a classic car!

Tony has won a few trophies with his ’63 VW Beetle Cabrio, including the Master Class 2019 winner at the Ragley Hall Motor Show where we first met him. He maintains that trophies can be subjective by a judge at an event and meeting people at a show is more important than a prize. CL: we love this attitude!

So, with a show worthy car, Tony likes to take in as many shows as he can during the season. With a 1954 Austin Healy 100/4 in his garage also requiring appreciation, Tony said his list of shows is too big to list! “Normally 60 miles radius from home; drive within the limits of the car and road conditions. Give yourself plenty of time, enjoy the journey – if everything overtakes you so be it. Get as much enjoyment from a local village event as a national one”, advises Tony.

So, with no plans for another classic car, apart from a swap to a classic VW Camper for his daughter for trips to the south coast with the kids, we wish Tony a great summer season enjoying his 1963 VW Beetle Cabrio.