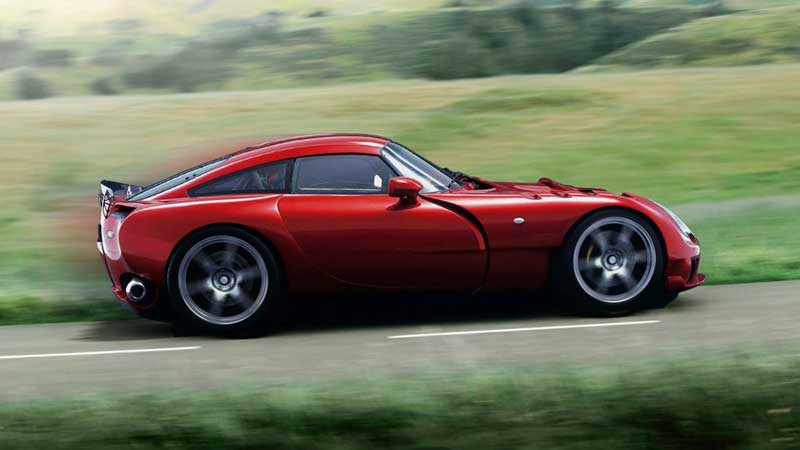 It’s been a long wait, but today TVR have finally confirmed that their eagerly anticipated new arrival is on its way. Engineer and enthusiast Gordan Murray has caused quite a stir by creating this new model: with the enhanced and extremely powerful Cosworth V8 Engine, it’s so new it is yet to even be priced.

We are sure that the new model to join the family will be welcomed with open arms by its loyal fan-base. Insider news from Autocar reveals that its connection to gaming entrepreneur Les Edgar will be a recipe for success; TVR have thought this through for optimum publicity! In evaluation; there is a great deal of excitement surrounding this brand new breed of TVR. Moreover, not only are they planning just one vehicle model, but a potential four new vehicles to span over the space of ten years from 2017 onwards. More suspense?!

…to re-establish the marque in the same performance-minded, driver-centric territory.

‘The intention is to re-establish the marque in the same performance-minded, driver-centric territory from which it departed nine years ago,’ Auto car confirms, ‘when production ceased at its former factory in Blackpool’. Keeping to their original roots, whilst remaining attractive to all audiences and generations must prove a difficult task. The designs are to be ‘affordable’ but, unmistakeably ‘a super car’ with ‘radical designs’. There is no wonder existing TVR members are on the edge of their seats to see just what kind of masterpieces Murray has managed to design. According to the Auto car website, where the news was publicly revealed, the prices are currently being negotiated and wont be confirmed until very near the launch date. The have declared their intention for the prices to simply “take up where the previous range left off”. Likewise with the price, there is still speculation amongst bosses regarding the mass production of the new breed.

Due to the mass of TVR followers and club members however, it is looking promising that a good 1000-1500 models per annum will be made due to such high demand and soaring interest in TVR. This inevitably stirs excitement, with TVR operations director John Chasey describing this as a “unique opportunity to be part of the revival of a great British marque”. It certainly seems the balance between modernity and revolution in the motoring industry is being well grounded by TVR’s dedication to, and standing by, quintessentially British origin.

We are a well-funded, well-supported organisation that boasts a vastly experienced management team and a clear 10-year master plan for both product and business development.

Here at Classicline insurance, TVR is the talk of the office. We have been insuring TVR vehicles as early as the 1980s, and though two years away, it looks like we will be dealing with further clientele with a sudden interest due to this long awaited revelation. Oliver Saunt, Valuations Officer here at Classicline reflects upon the news. ‘Looking at AutoCar this morning, I found myself having to look twice at the write up on TVR reborn, it was so great to see that TVR are finally coming back onto the scene after nearly a ten year absence. We, as a company are very excited to be dealing with the new line of TVRs expected in 2017, considering the huge success and demand for the TVR Sagaris – I’ve no doubt the new models will be even better’. Due to working closely with clients who have insured earlier TVR models; we are sure that existing members of the TVR club will be just as pleased with this fantastic news as we are.