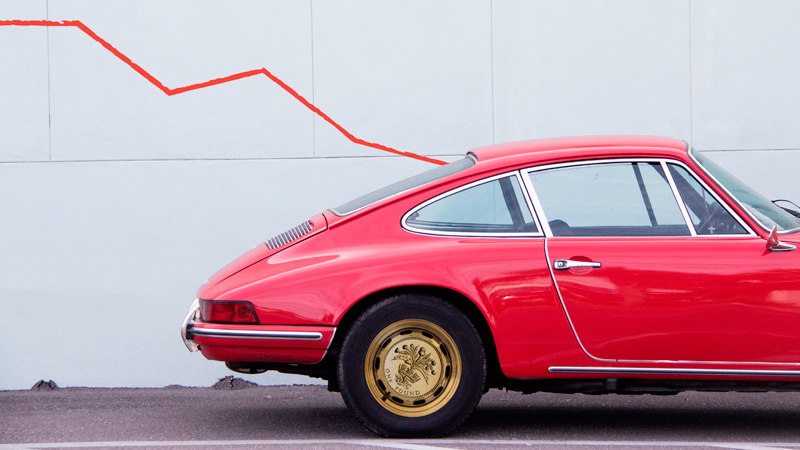 Despite classic car prices seeing incredible rises in recent years and reports that other aspects of classic car ownership have also been rising, according to research by leading insurer ClassicLine, classic car insurance has never been more affordable.
The specialist insurer reports that its average insurance premium has actually fallen, with a 17% price drop over the last ten years.

The Knight Frank Luxury Investment Index on [values of] classic cars showed a rise of an incredible 467% since 2006.

Over the last ten years the value of classic cars has increased substantially, with many models now out of reach of enthusiasts. In spite of some market commentators reporting that the market had been cooling in 2016, the final quarter of the year saw the prices of classic cars in the UK rise by nearly 8% and the HAGI Index for December 2016 showed a year on year price increase of 9% for the best cars in the collector market. Not only has that but the Knight Frank Luxury Investment Index on classic cars showed a rise of an incredible 467% since 2006.

Over the last ten years some of Britain’s most popular classic cars have had huge price rises.

Over the last ten years some of Britain’s most popular classic cars have had huge price rises. “Take the good old MG B as a prime example. The average price for a good example is now around £10,000. Ten years ago the same conditioned model could be bought for 30% less”, according to Simon Goldsworthy, editor at MG Enthusiast magazine. It’s the same story for much in demand modern classics. Five years ago a Peugeot 205 GTI in reasonable condition that needed work could be bought for £1,500 or less and a good one for £3,000. Average prices are now more than double this.

Not only that but standard car insurance premiums in the UK have hit a record high, partly because cars’ increasingly complex electronics have made repairs more expensive. The average annual comprehensive policy cost £462 in the last three months of 2016, according to the Association of British Insurers (ABI).

“Premiums for classic cars valued under £20,000 have stayed relatively the same, so in spite of market price rises our customers can rest assured that their insurance costs haven’t increased at the same rate”, added Ian.