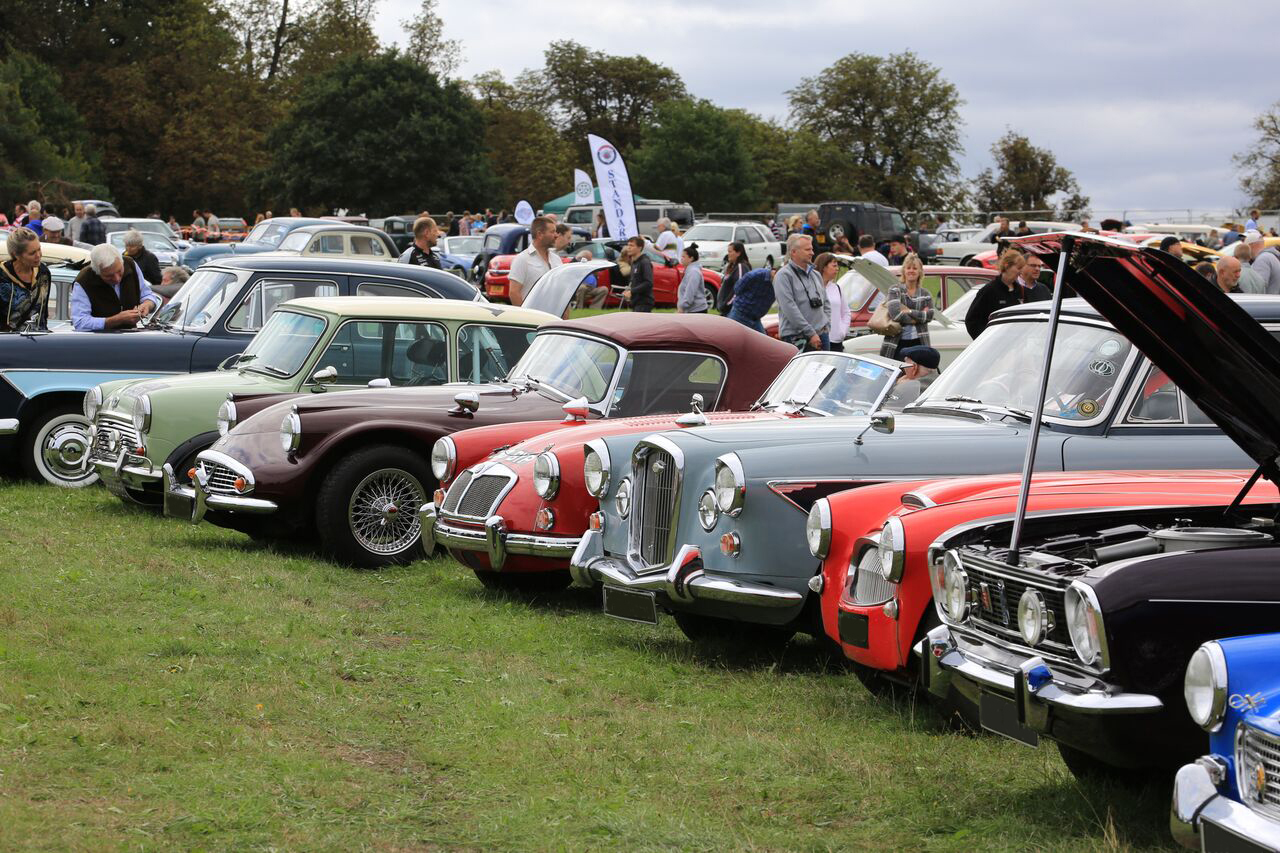 Around 5,000 enthusiasts headed for Knebworth Park over the August Bank Holiday for the 28th annual Knebworth Classic Motor Show and Hertfordshire Motor Show despite the inclement weather.

Around 600 of the expected 1,000 classic and collectable cars made it to the show, with 100 of them braving the Sunday storms.

The sun shone as the visitors rushed in to get their classic car fix.

Stephen Smith from Gemini Events, show organiser, said: “We were surprised to see the die-hard enthusiasts brave the heavy rain on Sunday, and whilst it was a good show for those who did turn up, we were forced into an early finish once the day’s awards were presented at 2pm.

“However, Bank Holiday Monday was quite a different story with blue skies and 500 vehicles lining up to get on the show field. ”

Sponsored by ClassicLine Insurance, Barry Davies and his 1967 Austin Healey 3000 won ‘Best in Show’ and, after attending Knebworth for over 17 years, was overjoyed to be selected by the judges.

Roy Wilson won the Masterclass with his 1966 Volkswagen Beetle which he purchased 20 years ago and completely rebuilt a year later.

The Letchworth Garden City Vintage and Classic Car Club were awarded the prize for Best Club Stand, with the Austin 750 Motor Club as runner up.

For more information including the 2019 calendar, visit www.classicmotorshows.co.uk.