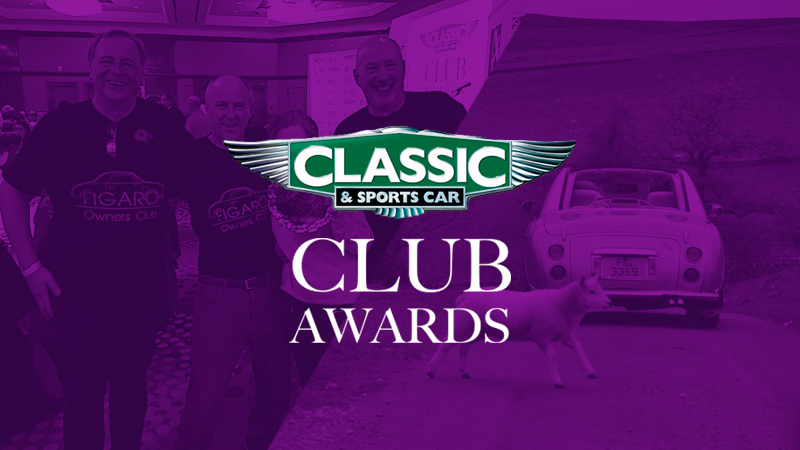 The Figaro Owners’ Club won the Best Club Run/Rally award at the NEC Classic Motor Show on 10th November for its Yorkshire Rally held in June 2017.

Six months of sleepless nights in the planning was all worthwhile

120 members and 59 Nissan Figaros took part in the rally through the Yorkshire Dales over four days following a packed itinerary planned Jane Ellison-Bates.

The colourful convoy took in sites such as Wharfedale, Nidderdale, Coverdale, Wensleydale, Littondale, Malhamdale, Ribblesdale and the Three Peaks. Such was the success of the event that even the Sunbeam Tigers tour of California was outshone by the Figaro adventure in the Dales. 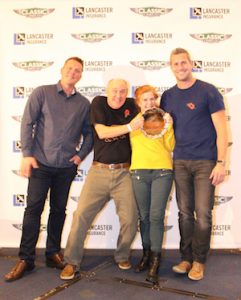 The award was presented by Ant Anstead, star of TV shows Wheeler Dealers and For The Love of Cars, and accepted by event co-ordinator Jane and club founder Kevin Fagan.

“Ultimately none of it would have happened without the tireless support of Kevin Fagan and the fun-loving and enthusiastic Figaro friends that come together to make the rallies rather special. The Yorkshire Dales are a perfect backdrop for driving the cars and it was a joy to show off this wonderful landscape”, said Jane on picking up the award.

An equally delighted Kevin added: “We thought we were in with a chance when the judges set us tickets and asked for photos of the rally, but it was still a great surprise with such stiff competition!”

An excellent video of the event is available on YouTube here