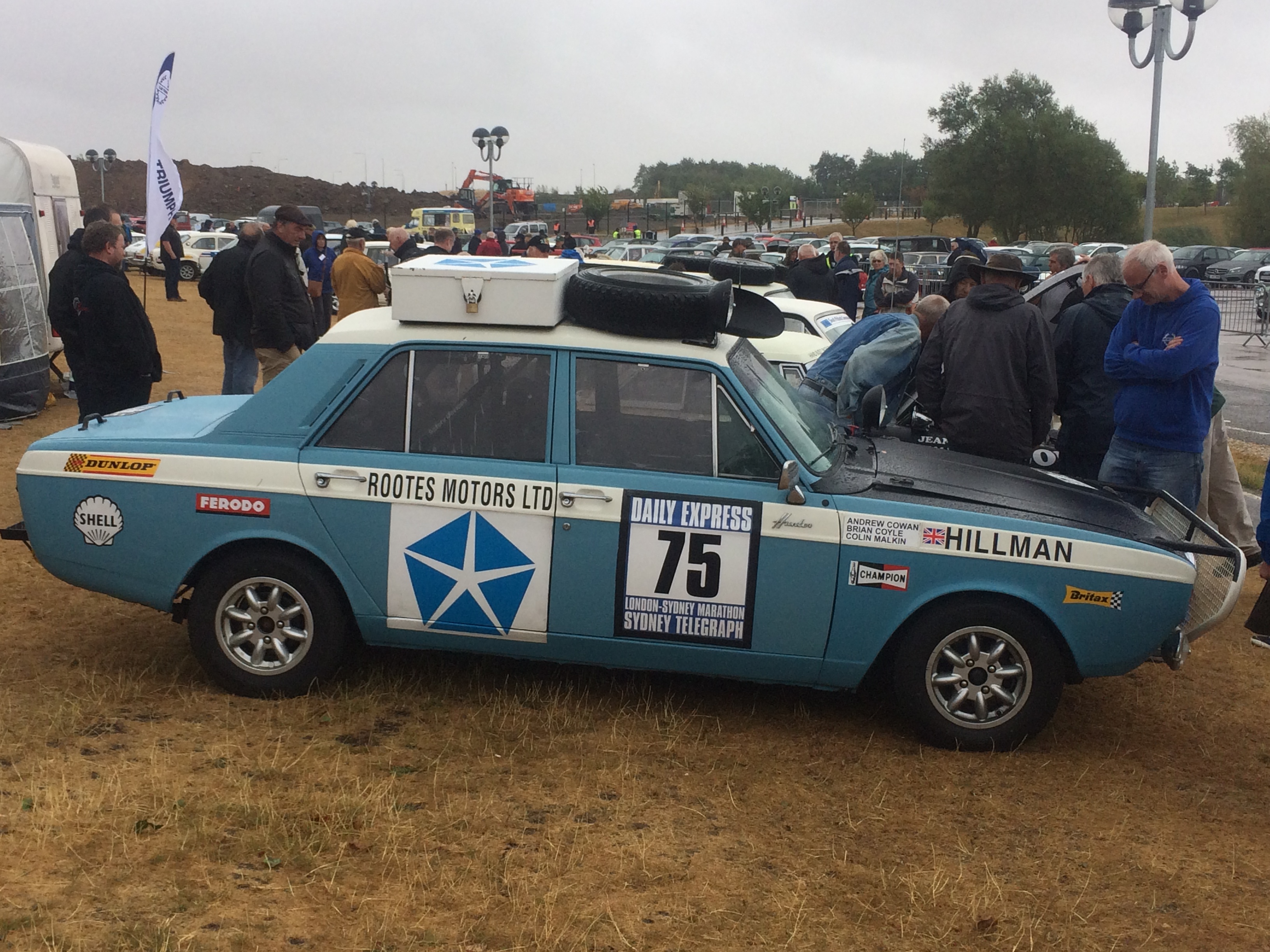 Back in July, we told you about the upcoming London to Sydney Marathon commemorative event, that was due to take place on Sunday 29th July at the Gaydon Motor Museum. Celebrating the 50th anniversary of that famous 1968 rally, Andy Bye and James Spencer of the Rootes Archive Centre Trust were getting ready to take an exact replica of the rally’s winning Hillman Hunter along to the event.

Well, a few weeks have passed since the golden jubilee event, and we have caught up with Andy and James to hear all about the day.

The Hillman Hunter Rally Replica was owned and built by the late Gordon Jarvis, founder trustee of the Rootes Archive Centre Trust and instrumental in making the trust a success. Gordon built the Hunter to be an exact replica of the car that won the 1968 rally. In Gordon’s memory, Andy drove the Hunter Rally Replica as the lead car from Wroxton on the big day. Journeying around some of the Oxfordshire and Warwickshire countryside, the convoy of cars made their way to Gaydon.

Andy tells us, “On arrival we lined up at the main gate and then drove in convoy down the main drive to the arrival time control. This control was manned by an Australian visitor who had the original rubber stamp used at the final control of the 1968 event. This was unbelievable, and we will treasure the stamped timecard which is now in the archive.”

We were amazed to hear that the event was attended by 12 of the original cars from the 1968 rally, along with many newer marathon rally cars, as well as ex-Rootes employees who supported the car on the event. “It was great to hear their stories of what really happened and the effort they had to put into getting the car to the winning flag,” Andy said.

“We had a great turnout of marathon cars at the Archive Centre for the start, but sadly, the heavy rain rather affected the occasion and spectator numbers turning out. Despite the rain the car was a joy to drive and certainly attracted a lot of attention on its way to Gaydon.”

Andy, James, despite the rain, it sounds like you still had a memorable day. Thank you for sharing this with us.