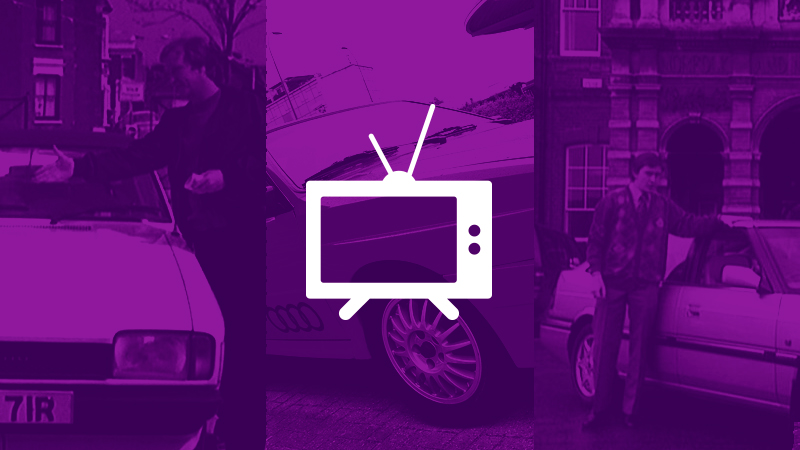 Following on from our recent favourite film cars, it’s only right and proper that we share our most-loved TV cars that have earnt a place in the nation’s affections (although not all home-grown).

These four-wheeled friends have been delighting audiences for decades and in some cases have outshone the on-screen performances! 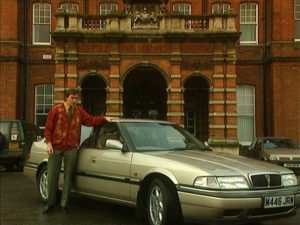 Who will ever don a pair of string-backed driving gloves again without fondly remembering the King of Chat.

As for his motors, surely none was finer than his beloved beige 800 which was unsurprisingly his car of choice at the height of his powers.

Unfortunately for Alan his career quickly started to unravel and he never owned such a magnificent beast ever again. 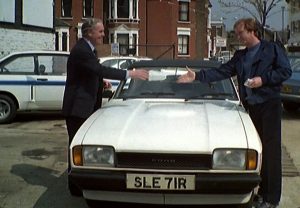 Terry McCann’s Capri took centre stage in the opening sequences of Minder, as well as appearing at various times throughout the hit show back in the 1980s.

It sold for £52,000 at auction in 2016, which would have been a nice little earner for Arthur Daley, the UK’s most loveable rogue and famous second-hand car salesman.

This Capri is most definitely a ‘nice little runner’. 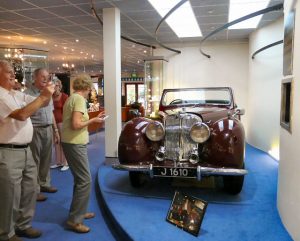 Jersey’s finest (but probably only) TV detective Jim Bergerac had the pleasure of driving this 1949 stunner.

However, looks seem to have come at a price. Rumour has it that the engine sounded so rough that a Jaguar was dubbed over the top, while lead actor John Nettles kept banging his knees on the dashboard.

Either way, we still have fond memories of this burgundy beauty. 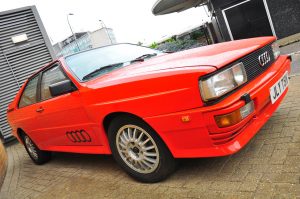 It took centre stage in the second and third series of the time-travelling detective drama and was recently voted number four in a list of the top 40 most famous television cars of all time by readers of Auto Express.

Fire up the Quattro indeed. 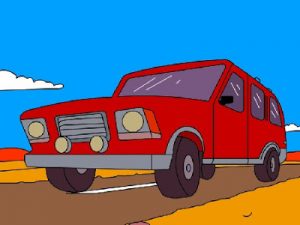 Don’t get caught behind one of these!

Weighing sixty-five tons and wide enough to fill two highway lanes, the Canyonero was a parody of large SUVs.

Owners included Homer, Marge, Ned Flanders and Krusty the Clown despite it being ruled unsafe for both highway and city driving by the Federal Highway Commission.

Even the marketing says it ‘goes real slow with the hammer down’.