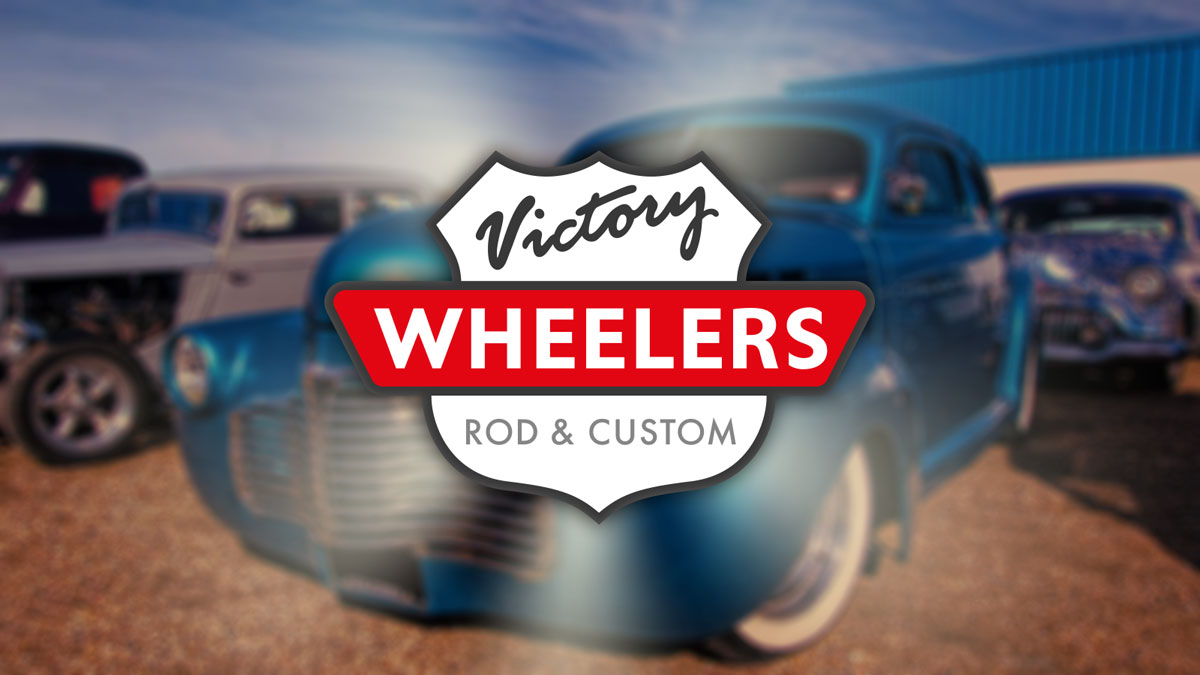 For those of you with a connection to the UK hot-rodding and custom car scene, it’s almost certain that you will know of the Hayling Reunion and Hayling Sunset events. For many, they are an early and late season pilgrimage down to the south cost. A chance for a cruise out with fellow rodders, a full English in the café followed by an ice cream on the beach. Sounds great right?

Let us introduce you to the Victory Wheelers, Rod & Custom Car Cub

The Victory Wheelers, Rod & Custom Car Club, are the club that is behind the Hayling Reunion and Hayling Sunset events. The club was formed in July 1977, and 42 years on are still going strong.

We caught up with Chris Smith, club committee member, to find out more…

Victory Wheelers are located on the South Coast, serving the Rodding community of Portsmouth, Southampton and surrounding areas. The club gets its name partly from fledging independent radio station “Radio Victory” that was around when the club was formed on the 27th July 1977

The club started with an initial membership of 50 and today we have around the 80 members.

The club is run on an informal basis; however, we do have a yearly subscription and a committee. At the end of the day we are a bunch of likeminded people who enjoy talking, working on and driving hot rods and customs.

The team who run the club are the committee, consisting of a Chairman, Treasurer, Membership Secretary and voting members. Everyone chips in to do whatever it takes to ensure the events run a smoothly as possible.

The club caters for hot rods, custom cars and American muscle cars. Some of our members also have British classic cars. You don’t have to own a rod or custom car, but it helps! We are open to people who are just starting out and need help getting into the scene, particularly the younger generation.

How about you Chris, how long have you been involved?

I have been a member for three years now, since I moved into the area. In that time, I have been a voting member on the committee. I have a 1932 Ford 3 Window Coupe, a 1932 Ford Roaster and a 1937 Lincoln Zephyr waiting for the full custom treatment.

Do they have an interesting history?

The ‘32 3 Window Coupe had been in the same family from the 50’s until I purchased it in 2001. It had never been modified in any way and only used for local classic car events. The Lincoln Zephyr comes from Canada, it was imported into the UK in 2005 where it sat in a field until 2018…

I am very fortunate to have my dream car, the 1932 3 Window Coupe. I had my first one back in 1982! My current one is going through a rebuild with parts I have been collecting for the past 10 years – when it’s finished its will be my ultimate hot rod. 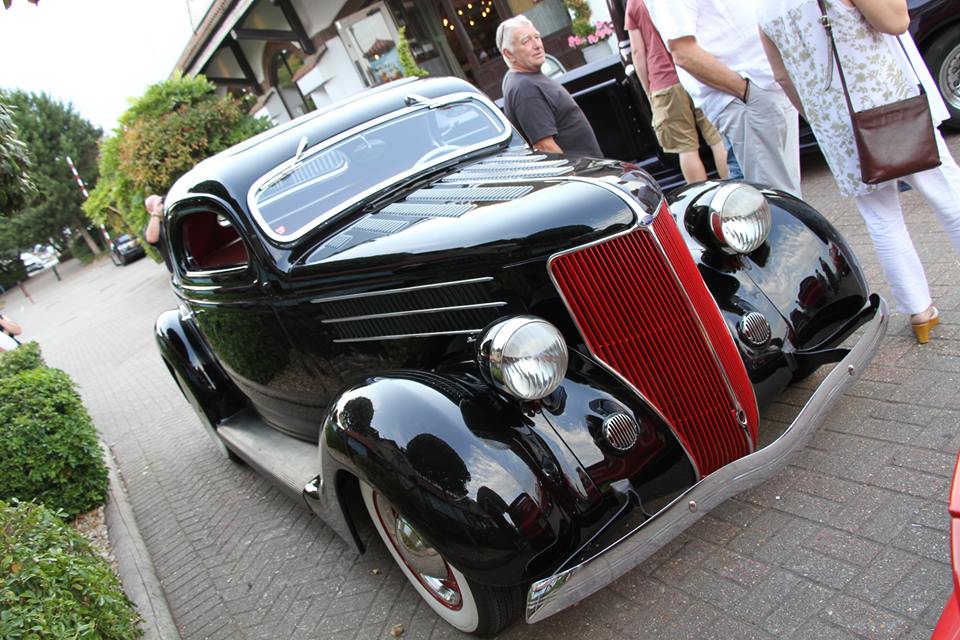 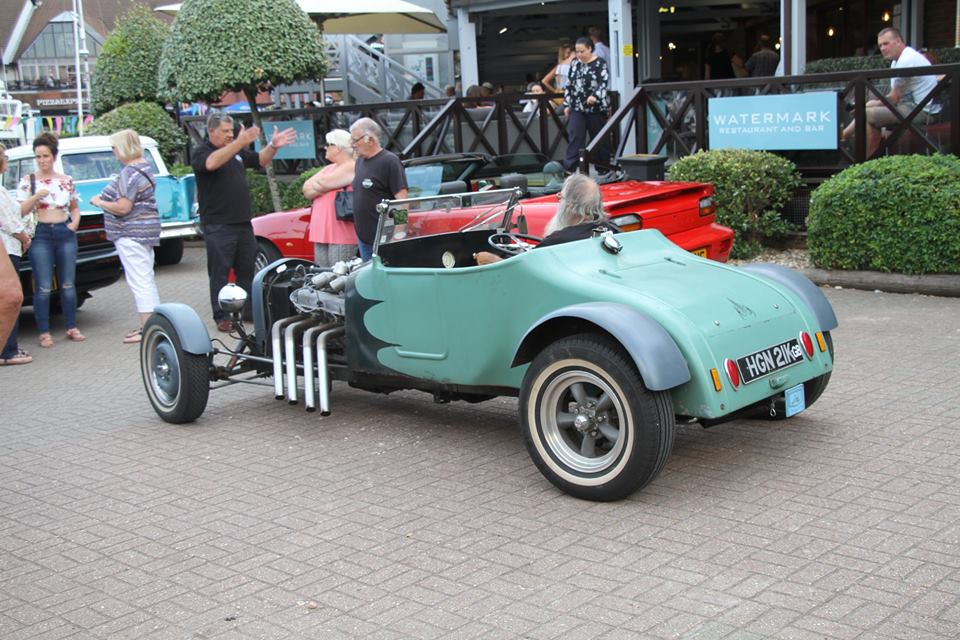 Membership subscription gives discounts off our events, merchandise and most importantly, the Christmas meal which is always a popular event! The Christmas meal is held at our host pub every year – it’s a great chance for all the members’ families to get together and socialise.

We meet on the first and third Wednesday of every month at a local pub. Over the years the venues have changed but the dates remain the same.

Do you organise a club event during the year?

For more years than I care to remember, Victory Wheelers have organised two events. The Hayling Reunion and the Hayling Sunset. These events are a one day turn up, park, chat and enjoy the cars and atmosphere style events. They are very popular with the main car park being full by 9:30am.

They are based at Hayling Island as this has historic significance to the club. Older readers will remember the Oven campsite (say no more…).

The past two years we have organised a weekend event at nearby Stanstead House, unfortunately this year we were unable to run this event. As we are not running a weekend show this year, we decided to support a new event: Customs and Campers at Burley in the New Forest, which took place on the 19th May.

This year’s Hayling Reunion took place on the 28th April and Hayling Sunset is on the 6th October – get it in your diaries! CL: We have been to the Hayling Reunion on many occasions and it’s one of our favourites.

The club attends a number of local and nation events through the year. The arrangements for these are discussed at club nights where a rendezvous point is agreed so we can also travel together.

What are your must do shows throughout the year?

For me number one is the NSRA Hot Rod Supernationals. CL: We’ll see you there!
After that it’s the VHRA events. I also like to support local events, whether it’s just a quick breakfast outing or a classic car meet. Overall, I just like driving my hot rod! 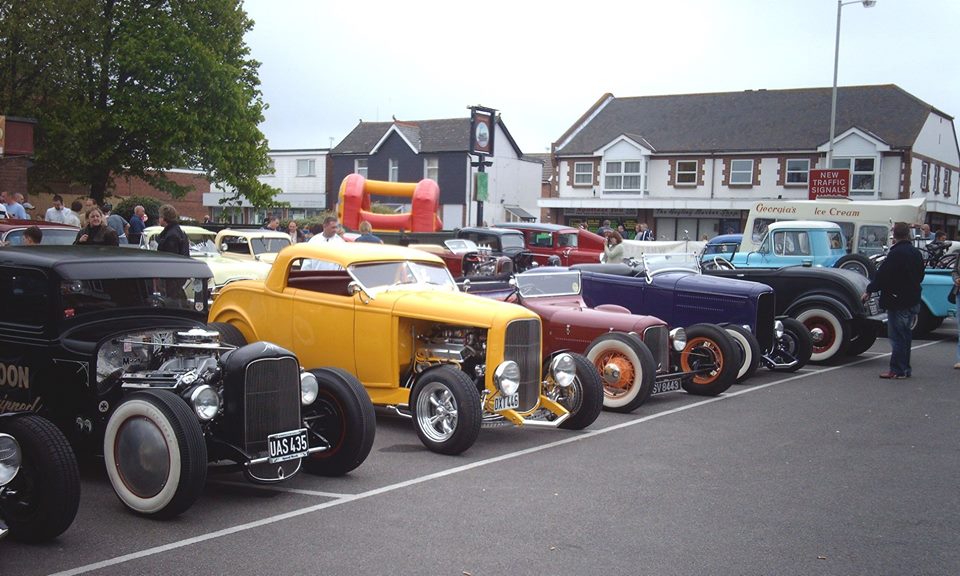 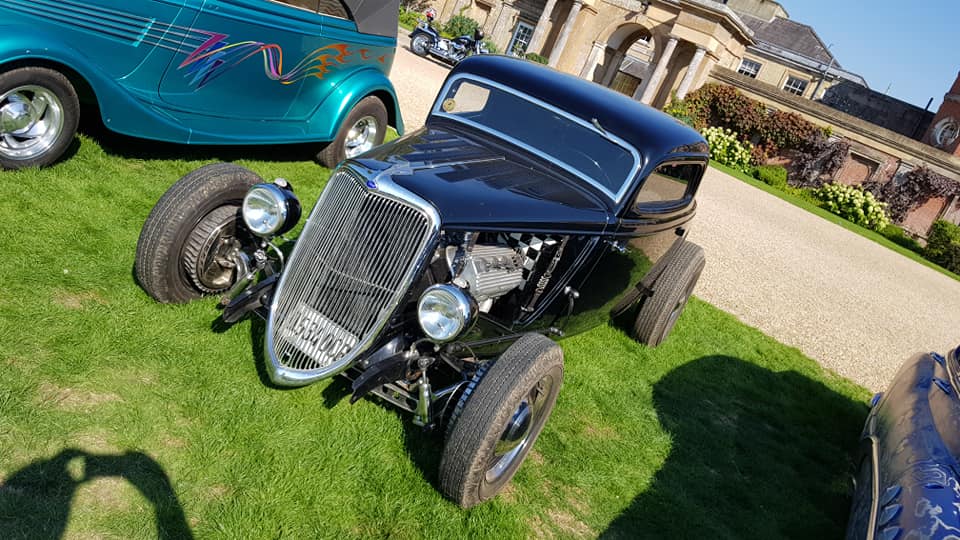 Nothing I can mention here without incarnating myself!

What makes you proud to be a member of the Victory Wheelers?

The Stansted House weekend show in 2018. It was an enormous amount of work but the show as a great success.

What’s your view on the future of the UK hot rod scene?

The scene needs more “driving” events. With the exception of the big NSRA events, the days of the weekend show are long gone. People want to do things with their cars. I see the need for events like reliability runs where the majority of the weekend is spent actually driving your car not sat looking at it.

To the younger drives I say don’t be afraid to ask, show interest and commitment and you will receive the support you need. And don’t give up too easily! We need to support the younger generation by acting as mentors. CL: Great advice Chris.

Do the Victory Wheelers support any charities?

At all our events we collect for a local charity. The charity is chosen by the members and is related to us in some way. For example, last year we collected for the British Heart Foundation as we lost one of our longest members to a heart attack.

What are the Victory Wheelers looking forward to in the future?

For the next 40 years we will need some new younger members! Come along to one of our club nights and see what’s it’s all about. For more information please visit. http://victorywheelers.co.uk.

So, these are the people behind one of our favourite clubs. Working hard behind the scenes and trying to create a club that’s is like one big family and encourage the next generation of hot rodders. Victory Wheelers, thank you for being our club of the month. 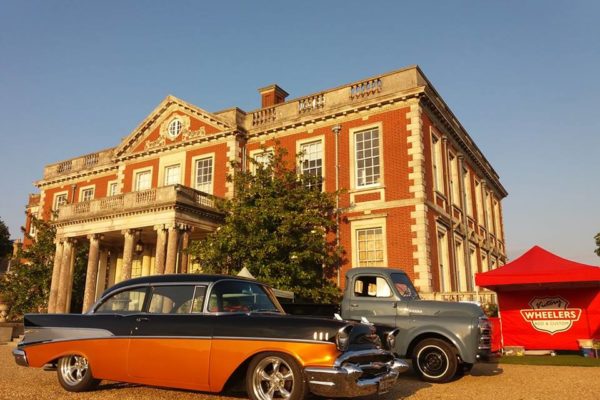 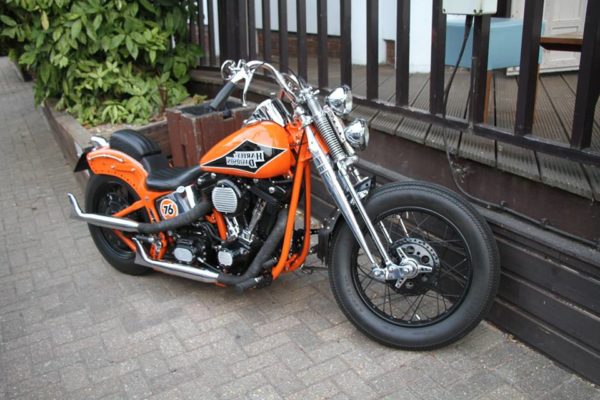 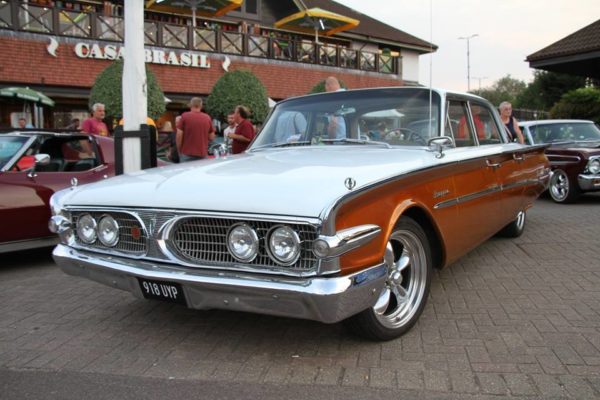 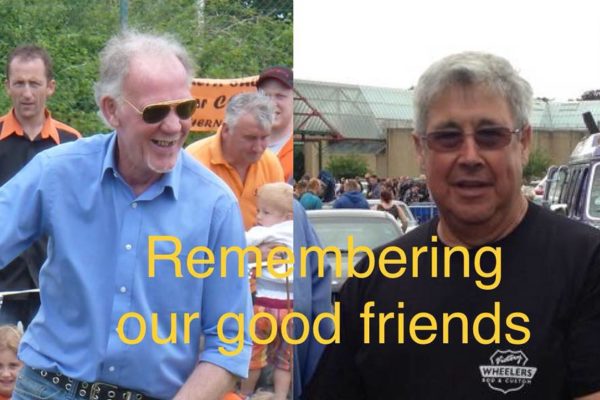 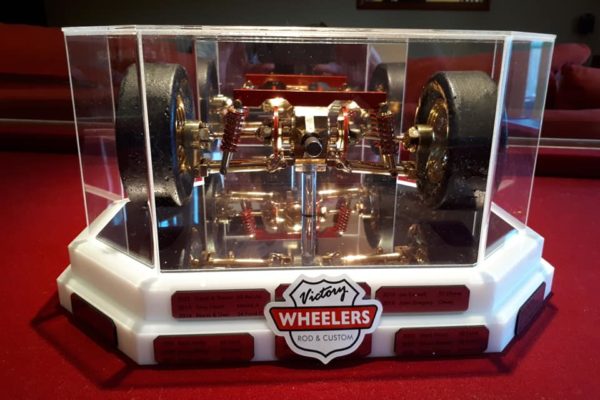 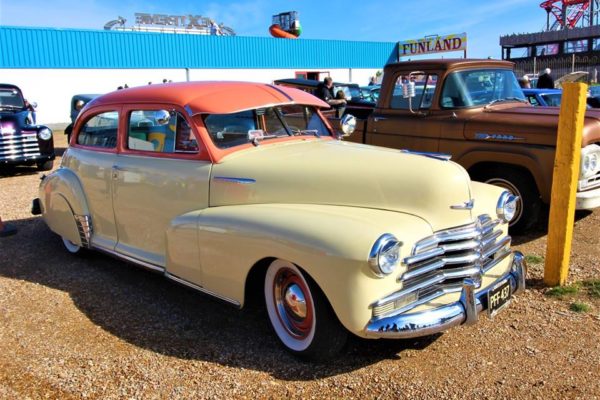 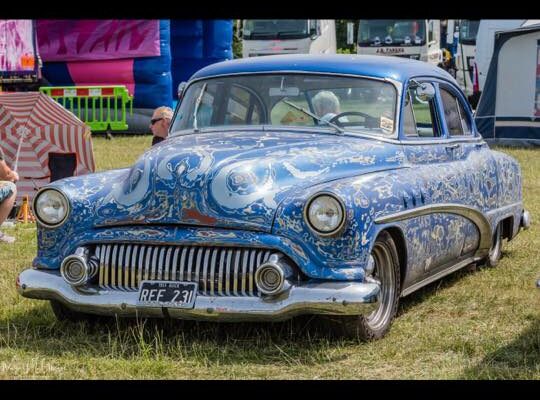 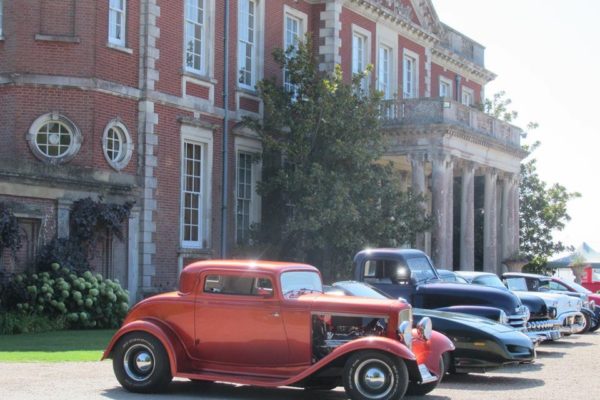 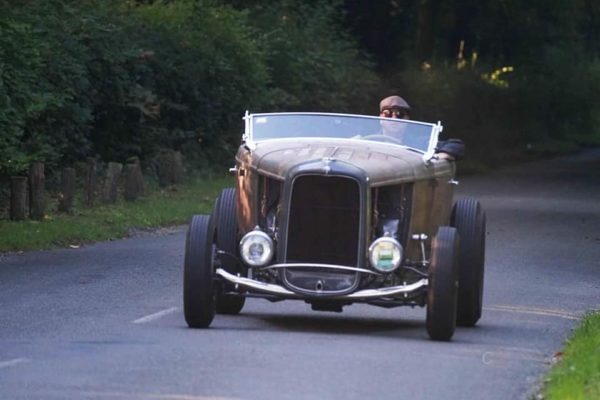 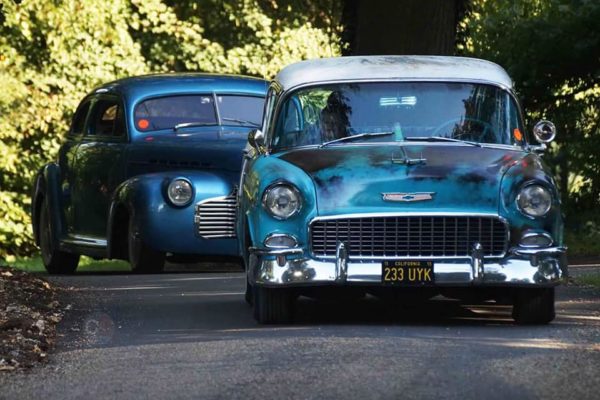 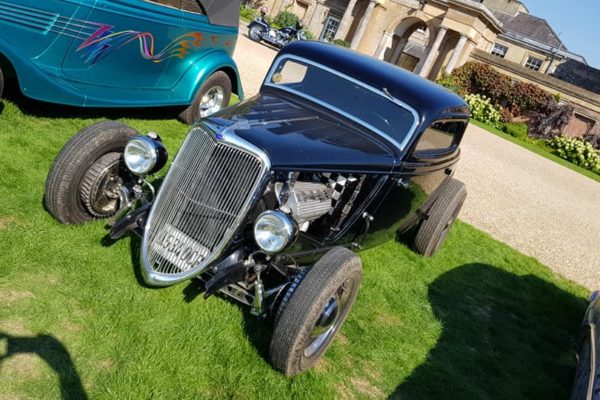 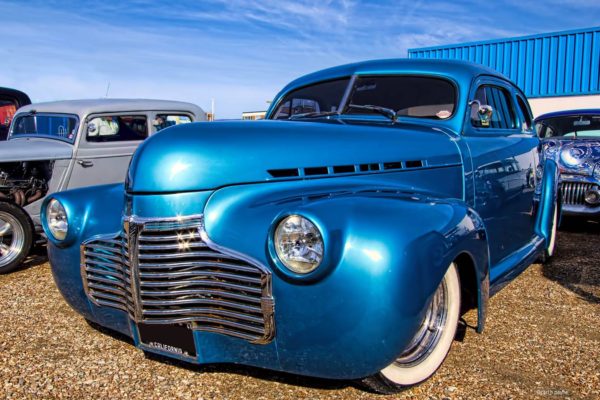