The current situation in the Pub2Pub garage

Home » The current situation in the Pub2Pub garage 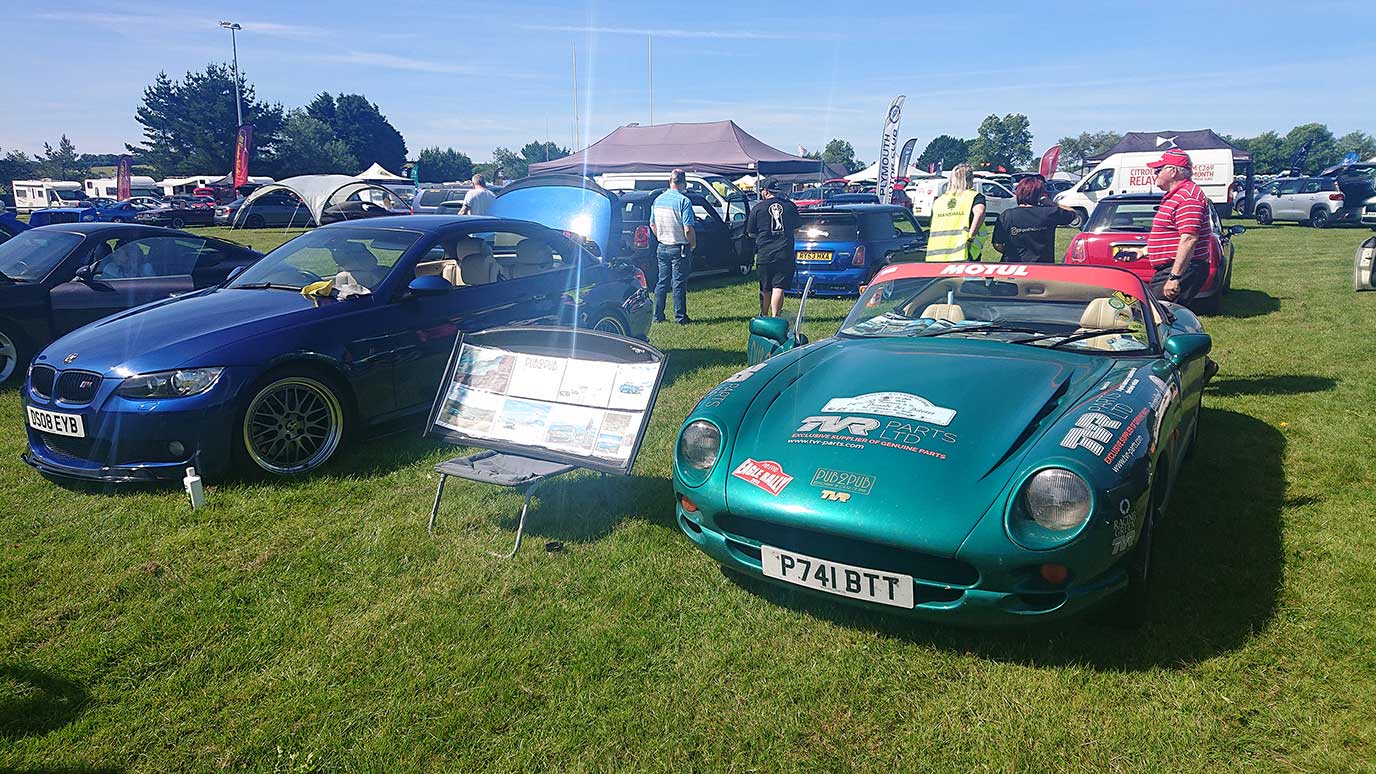 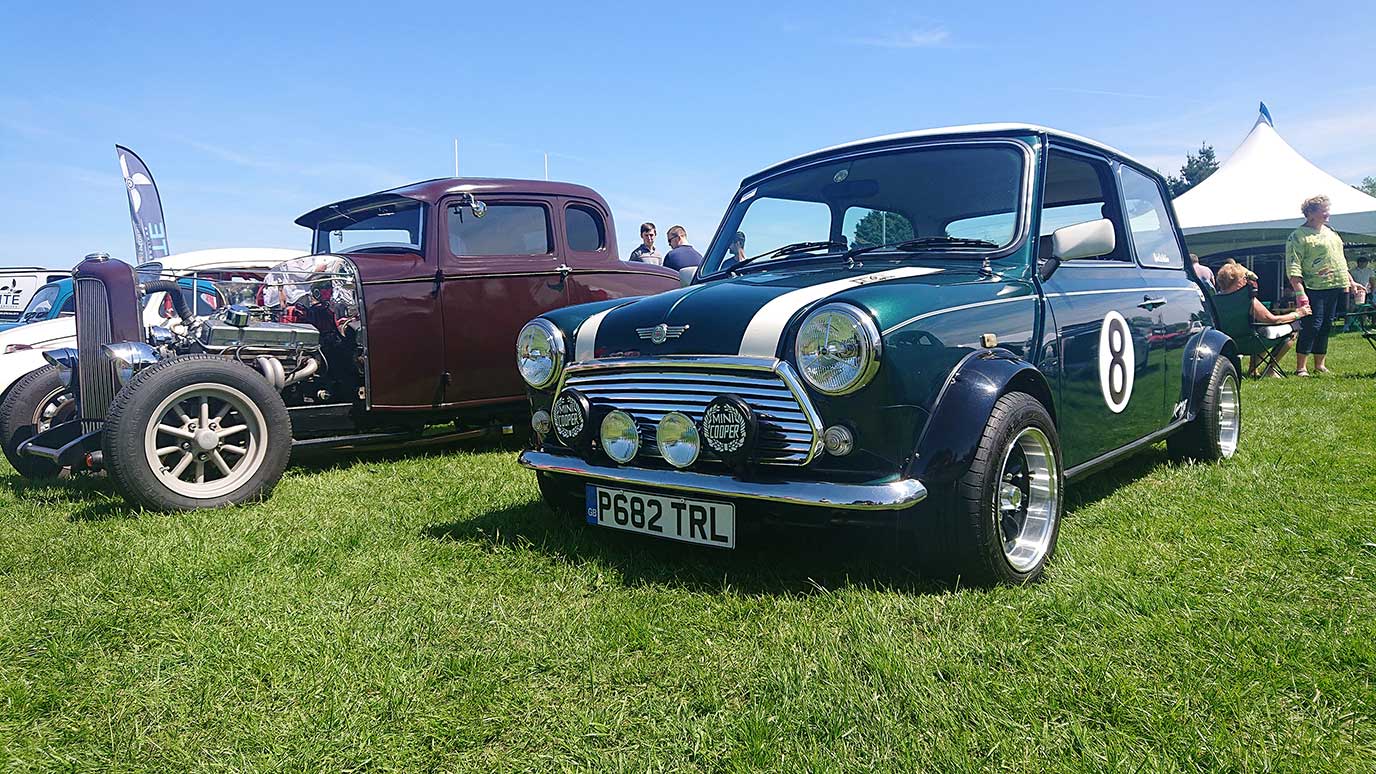 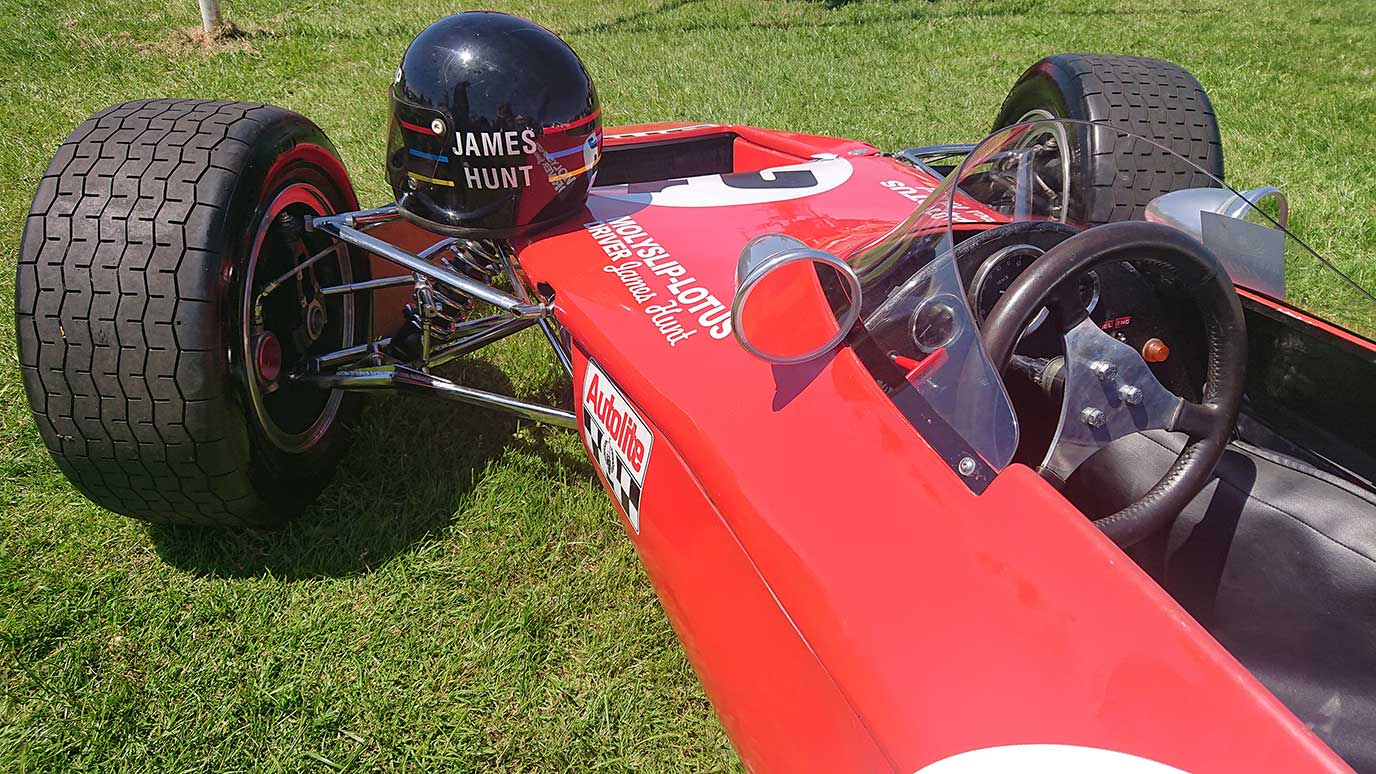 As a classic car owner, you can’t get a much better start to a month than passing an MoT, and this is how our June started, with our ClassicLine-supported Volvo 240 being declared worthy of another 12 months of sedate progress on the highways of Europe. It didn’t sail straight through, mind, but when the only issue an MoT tester finds with your 30 year old car is worn rear brake pads, you consider yourself to have got off pretty lightly. It’s Kermit’s turn next month, and therein lies the downside of owning multiple classics – the cycle of MoT, tax and general maintenance can seem never-ending, and there’s always something that needs doing. And that’s without dwelling on just how much work needs to be done on the Mini6000 project car.

And so the mighty ovloV got no respite from its role as the Pub2Pub daily driver, continuing to ply the lanes of Devon, and further afield, in sync with the unglamorous demands of the everyday. No, the glamour was left to Kermit this month, as it got properly into the summer groove with its first local car show of the year, and it’s an event I guarantee you won’t have heard of – Oakfest, in a place called Staddiscombe, on the outskirts of Plymouth.

Our attendance at this local event was a conscious decision on our part, to support some of the smaller local events this year, rather than simply retreading old ground by going to the same more hyped meets, year after year. And in the case of Oakfest, which combines a car show, a dog show and lots of live music acts, we were pleasantly surprised. After what seemed like weeks of rain, the sun shone and row after row of classics glistened in the summer light. As the car side of proceedings is organised by Paul Inch – a local engineering company which specialises in A-series race engines – Minis were very much in evidence, with around a dozen of the iconic steeds providing some welcome inspiration for our long-term project.

Other highlights included an ex-James Hunt F3 car, and the white Lotus Esprit parked next to it, which reminded me – as all Esprit sightings do – that I need one in my life one of these years. Other highlights included a rather raucous-sounding TVR Cerbera – the only other Blackpool beast present – and a deeply quirky Rolls Royce bus, the only one in existence, apparently.

But as nice as days spent in the sun surrounded by classic cars as the live music echoes around are, much of this month has been spent at the less glamorous end of classic car ownership – the dusty and dirty job of stripping back our #Mini6000 project car, and beginning to weld in the new body panels which have been waiting patiently in the corner of the workshop.

As this is the first time I’ve taken on such a big project, my progress is probably best described as ‘slow and steady’, as my mind has slowly pieced together how a Mini is assembled. While it probably doesn’t sound like it, this has been a rather satisfying aspect of the project, learning how my ’74 Austin came into existence 45 years ago. And as well as satisfying, it’s been fruitful, with the second half of the month seeing the project accelerate as the first replacement panels were welded in – the driver’s side hinge panel and door step.

And the best bit? The door still fits. I’m calling that a win.

While to a restoration pro the above may seem like little to get excited about, to me it’s deeply satisfying as it represents a turning point in the project – the stripping down and cutting out is done; for the first time, reassembly is underway, and all the time I’m learning the metalwork and welding skills which will enable me to progress the project faster as time goes on. And I can’t wait, as I’ve not driven a Mini in years, and they’re just the most fun little things you can imagine.

So there’s the current situation in the Pub2Pub garage – the Volvo cleared for another twelve months of daily driver and road tripping duties, the TVR seeking the limelight at car shows when the sun shines and the Mini turning a corner in its long journey back to roadworthiness. Hopefully next month’s update will continue the positive trend… 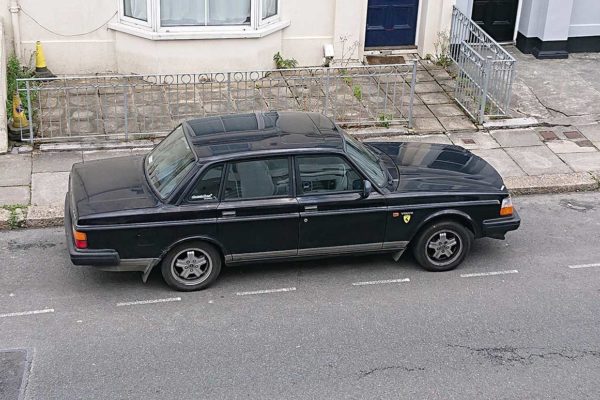 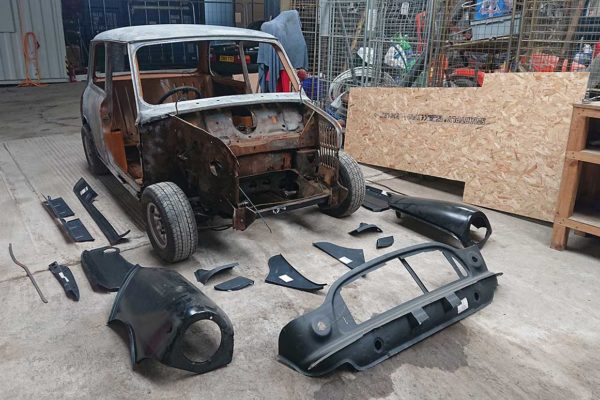 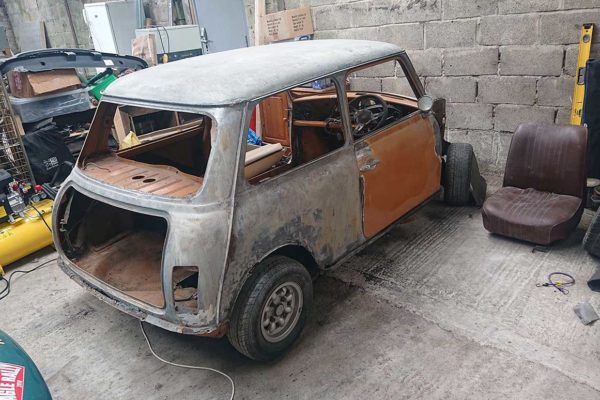 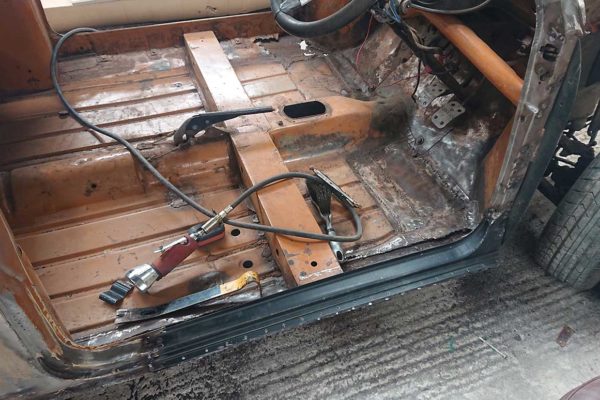 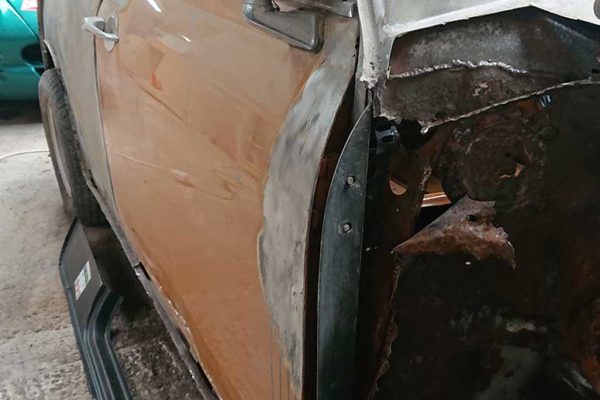 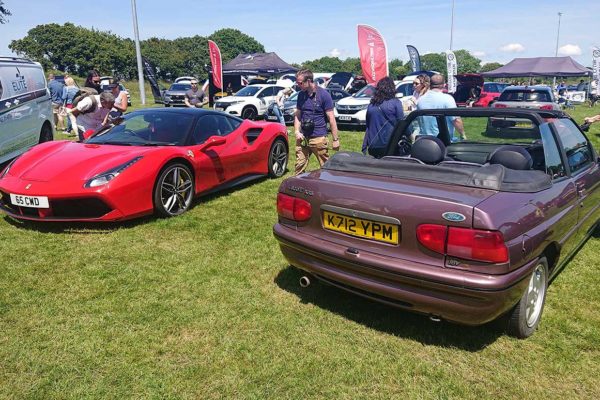 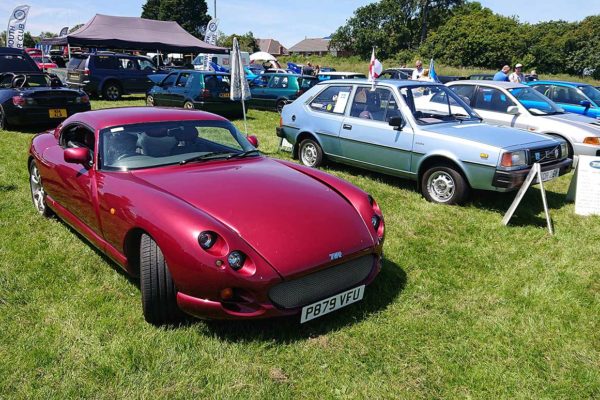 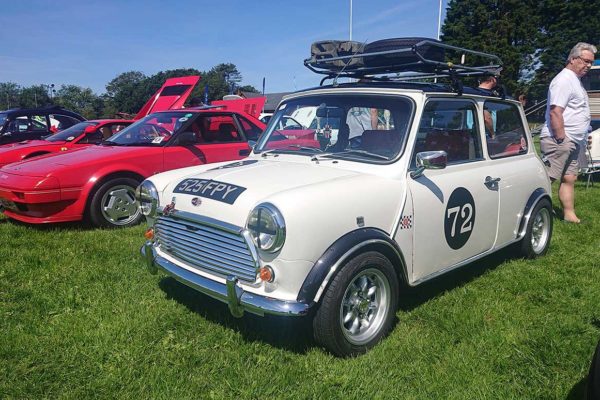 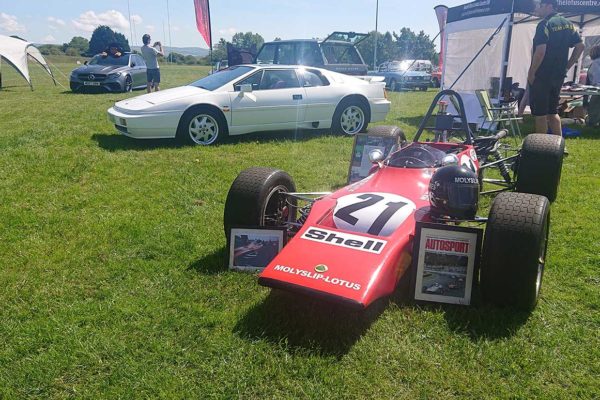