Back in July, we were overwhelmed to have been part of a surprise presentation by the SX Dub Club to one of their much-loved members. Fellow club members had secretly fundraised to buy ‘Grandad’ the VW Camper of his dreams, and with insurance provided by yours truly, the T25 Devon Camper was proudly handed over to it’s new owner at a club night.

Roll back a few more months to May 2018 and we were made aware of a plan being hatched by another one of our partner clubs, Ford100e.com. Some of the guys decided that their club leader, Graham Carr, needed to be able to join in the 100e fun and have a car of his own. This was their way of saying thank you for Graham for all the time and effort he had put into building up the club.

After seeing Graham reminisce through photos of his past 100e’s, Ford100e.com club members, Phillip Huddle and Paul Cooper, came up with the idea to form a secret fundraising group, code named ‘Graham Carr 100e’ – or ‘GCe’ for short. The idea was to raise funds to buy a half decent 100e and with fellow members help, get it back on the road to give to Graham.

…we quickly realized we could not get a decent car as a starting point for that money and the grim realization set in that we might have bitten off more than we could chew.

Phill tells us that after creating the group “numerous members posted up cars for sale, some of which were very nice but going around the £2-3k mark. We received the odd £10-20 donation and accumulated about £400. But, we quickly realized we could not get a decent car as a starting point for that money and the grim realization set in that we might have bitten off more than we could chew.”

Then, one Saturday afternoon Phill spotted an E online up for £1,000 with only a few watchers. So, with just 20 minutes left on the auction, he texted the owner asking if it didn’t sell could he view it the following day. The seller agreed, so Paul Cooper, his son Ben and Phill all set off to look at this little Popular. Phill said, “when we arrived, the car was in a field, which was also a scrap yard! Ben set to work crawling around in the wet grass, checking the underneath as the view from the top wasn’t pretty. It seemed like the whole car was in primer but in fact it just turned out to be very dull! Ben confirmed that other than a bit of welding required to one of the inner sills at the front, and the outer wing needing a repair, it was all undersealed and seemed solid.”

The guys did a bit of haggling and it was theirs for £875. They left a £100 deposit and planned to return the following weekend to collect the E. Ben posted in the secret group telling about the bargain and the donations came in not only bumping up the original £400 in the kitty but exceeding the cost of the car.

Over the next few months, work parties were arranged, and a date was set for the handover. The first people to offer help were Peter Dunstan and John Vincent, who Phill had never met before, and hadn’t long been a member of the main group. Peter changed the engine core plugs and did some tinkering while John worked on the braking system. Phill said he asked John if he knew Graham, and he replied, he’d never met or spoken to him, but it seemed like a good cause and he wanted to get involved. 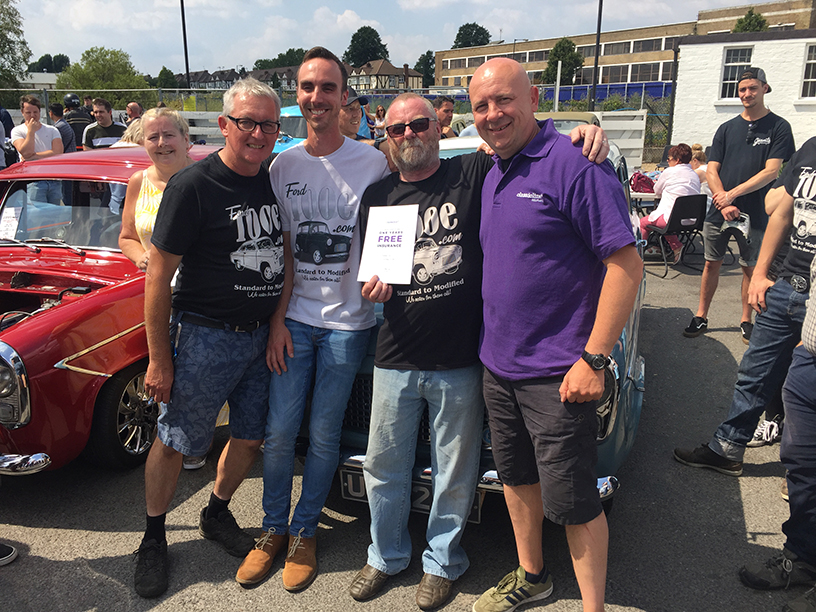 Most of the mechanical works were carried out based at Phills, with John helping out on the original sidevalve engine. The car was then transported to Horsham to Paul and Ben’s for the bodywork repairs. Once there, several other members joined them for work parties over the next few weeks – Phill said they ended up having their own 100e meets in Horsham! Most of the chrome work on the car was donated by Wayne Parkhouse and Mark Perry, which completely transformed the look of it. In fact, other than a carpet set and some service parts, ALL the other parts were kindly donated by members of the club. The parts they did have to buy, members of the group kept topping up the kitty to ensure they could buy all we needed.

So, after a few test drives, many work parties and cups of tea later, the GCe was ready to be presented to Graham at the club’s annual event, E’s at the Ace. Phill said, “how we never got a ‘spotted’ post on the main group, I will never know! The person who would of had the toughest time would of been Graham’s wife, Lizzie. She had to intercept the logbook for us, intercept the tax reminder, then intercept the dart charge penalty when I forgot to pay for it on my trip down South! I think there were about 80 members in the group who were all in on it in the end.”

On the day, Phill created a fake post saying his car was broken so he would be going in a “friends” car. Just before they pulled into the Ace Café, Phill and his friend switched seats and his friend drove the car in to fool Graham into thinking it was his.

So, in front of club members, friends and family, the secret plan was revealed to Graham and he was handed over the keys to his new 100e. With Phill, Paul and Ben waiting to see Graham’s reaction, they were overwhelmed that he was happy with his new car.

Graham tells us, “Its really hard to put into words what the GCe really means to me. For one, it’s got me back into my passion of 100e’s, but it’s more than that, it’s about what these guys have done. I am just a regular guy that’s trying his best to bring members from across the world, who have a common interest and a love for this little car. I have seen members come and go over the years, but for some their passion is their life, and the club helps to bring that for them. Lots of friendship and love has gone into this little car and it’s made me feel very humble. Phillip Huddle, Paul and Benjamin Cooper and all the others involved have proven what I always wanted from the club myself, which was for both Standard and Modified people who can come/work together to achieve one goal.”

Our Darren went along to the event to hand Graham his insurance documents, so he could take the aptly named ‘GCe’ off to it’s new home.

Phill added, “Thanks to the car I now have lifelong friends and I couldn’t have asked for a better bunch of people to of done this with. One good thing is we are still going with helping fellow members out with their cars, so the dream is still being kept alive of strangers helping each other out to keep their pride and joys on the road.”

We are always amazed to hear about these acts of kindness and generosity within car clubs. These are the things that go on that people don’t usually see and we are proud to have played a small part in proceedings. Graham, from Darren and all the ClassicLine team, we wish you many happy years of motoring and 100e fun! 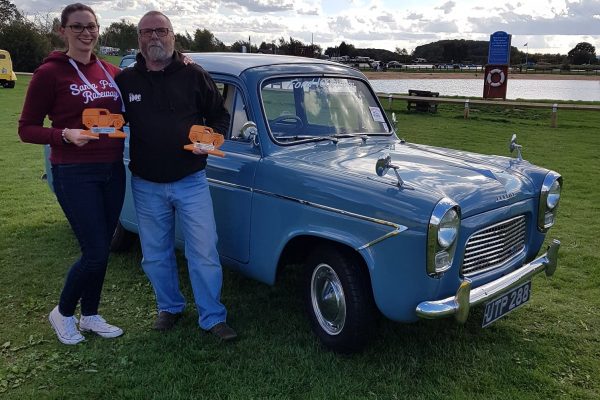 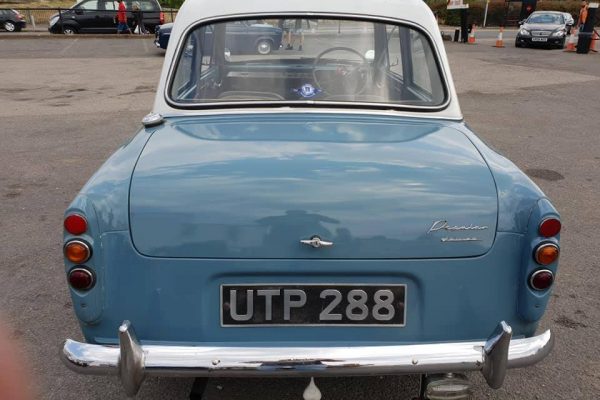 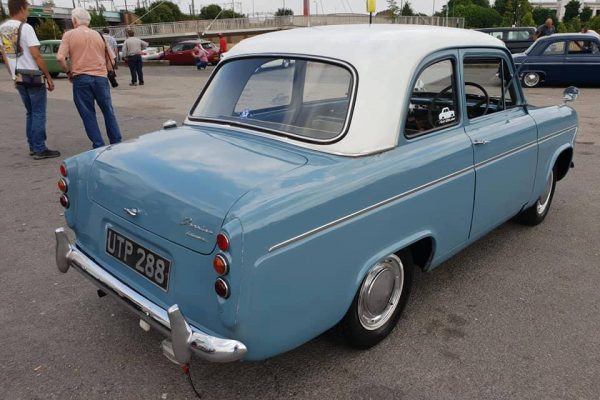 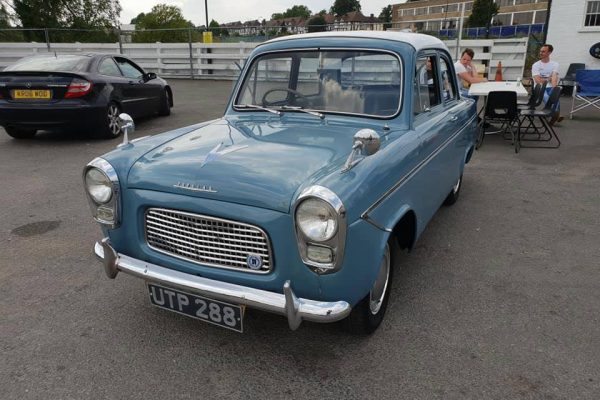 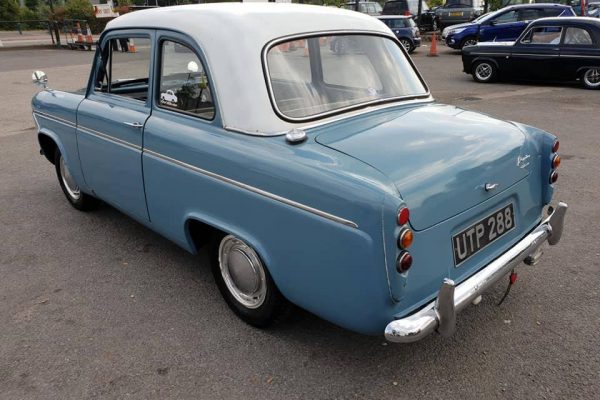