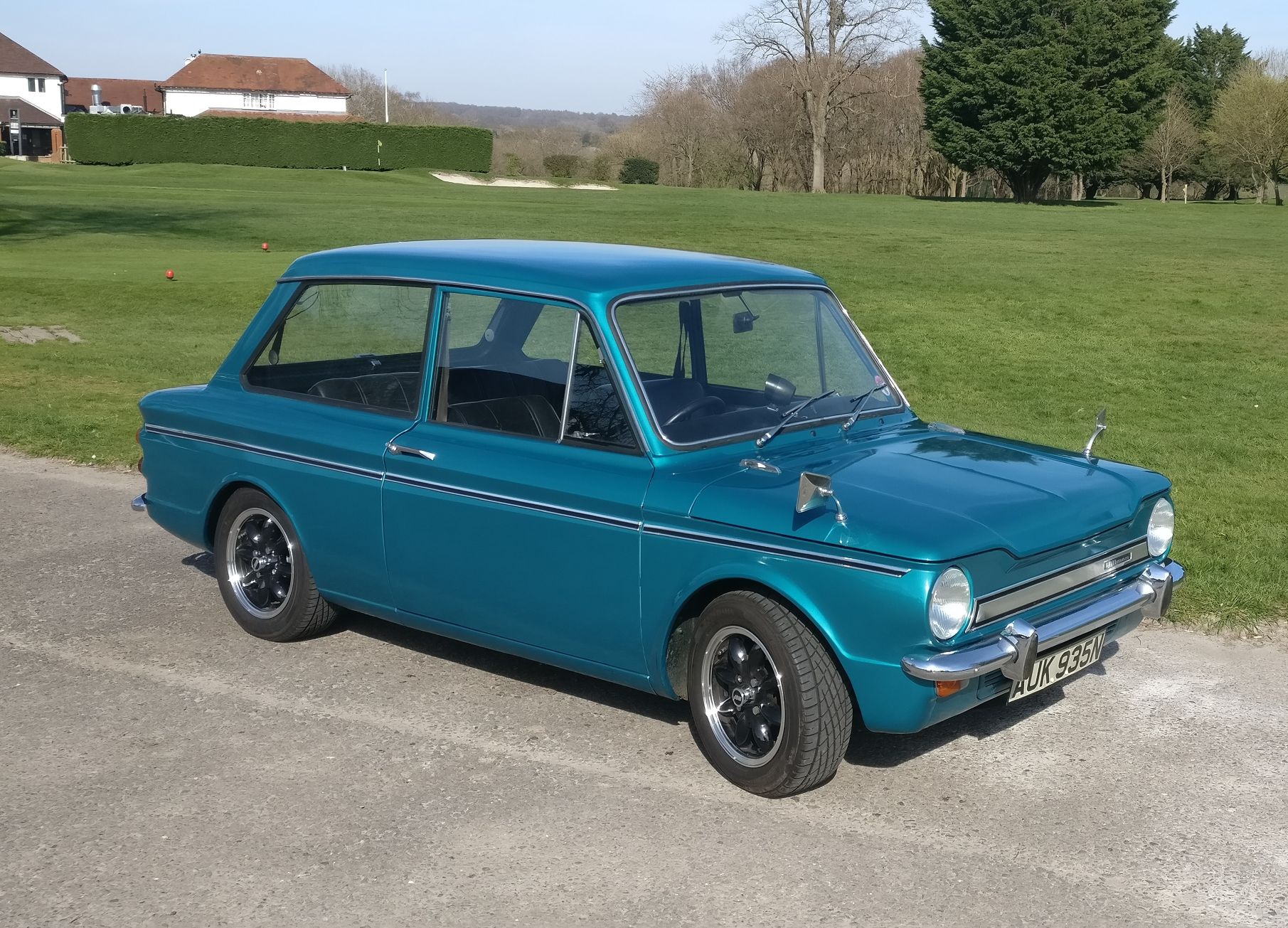 The Hillman Imp is one of those cars that looks great as standard but also superb when uprated and modified. As an official insurance provider for The Imp Club, this small rear-engined saloon car produced by Rootes Group, and later Chrysler Europe, from 1963 until 1976 always captures our attention, and Digby Harman’s 1974 Hillman Imp Super, as featured in our 2021 Drive It Day gallery, is a fine example of how great a modified vehicle can look and drive.

Having had an appreciation for cars and motorsport since his teens, Digby’s real interest and enthusiasm is for the Hillman Imp and its derivatives. Inspired by a school friend learning to drive in his mother’s Imp, Digby soon acquired his first car, a MkI 1964 Imp Deluxe, purchased for the grand sum of £50. Some personal touches were of course needed so the suspension got lowered, banded wider steel wheels added and the engine tweaked for a bit more performance. Another school friend also purchased an Imp, and the trio became regular spectators at various motor racing events, notably at Brands Hatch. They were enthusiastic followers of the Fraser Imps in the late 1960’s, and subsequently, the George Bevan Imp driven by Bill McGovern to three successive British Saloon Car Championships between 1970 and 1972. Digby even taught his then girlfriend to drive in the Imp. It can’t have been too traumatic as they have been married for the last 49 years!

The MkI eventually made way for a second car, another Imp of course, but this time a 1970 MkIII Imp Super. By 1975, Imp life was put on hold, and a succession of company cars took over for the next 40-odd years. “Soon after retirement, I was contacted by my brother-in-law, himself an owner of multiple classics, to say that a lady acquaintance of his had asked if he would be interested in purchasing a Hillman Imp that she was looking to sell. His response was along the lines of “No, but I know a man who might be”. I confirmed my interest, visited, and inspected the car, and soon became the proud owner of my third Imp!”, Digby recalls.

The 1974 Hillman Imp Super, affectionately known by the moniker “The Auk”, had been well cared for by the same family since 1987 and was in excellent condition. Although not to Concours standard, the bodywork was solid and the car mechanically sound. Digby tells us, “It had clearly undergone previous restoration and there was no evidence of the dreaded tin-worm anywhere. For me, the standard of the bodywork was the crucial thing because I have neither the skill nor the facilities to undertake body repairs nor indeed the inclination to do so. I bought the car to have fun driving it, not to spend my life repairing it!”

Other than a full check-over and service including replacing fluids throughout for peace of mind, all that was initially needed was to replace a leaking brake wheel cylinder and renew the drive-shaft ‘doughnuts’.

One early problem was dirt in the fuel line, pump, and tank, probably caused by deterioration of the petrol during periods of little use. This was cured by removing and de-scaling the tank and flushing the entire fuel system.

“All the work I have done over the subsequent 3½ years of ownership falls under the heading of modification and personalisation. In these endeavours I have had incredible help and support from a number of individuals, and it is an absolute certainty that without them, the project would not have progressed. I am particularly indebted to Graham Anderson of ‘Graham’s Imp Spares’, not only for the supply of numerous parts, but also for his efforts in actually carrying out the great majority of the work. I need also to mention Dennis Allt of TransImp for his work on the engine, Bob Allan of The Imp Club for his immense knowledge and supply of spares, and Tim Sears of The Imp Club for his advice and help, particularly on electrical matters”, says Digby. 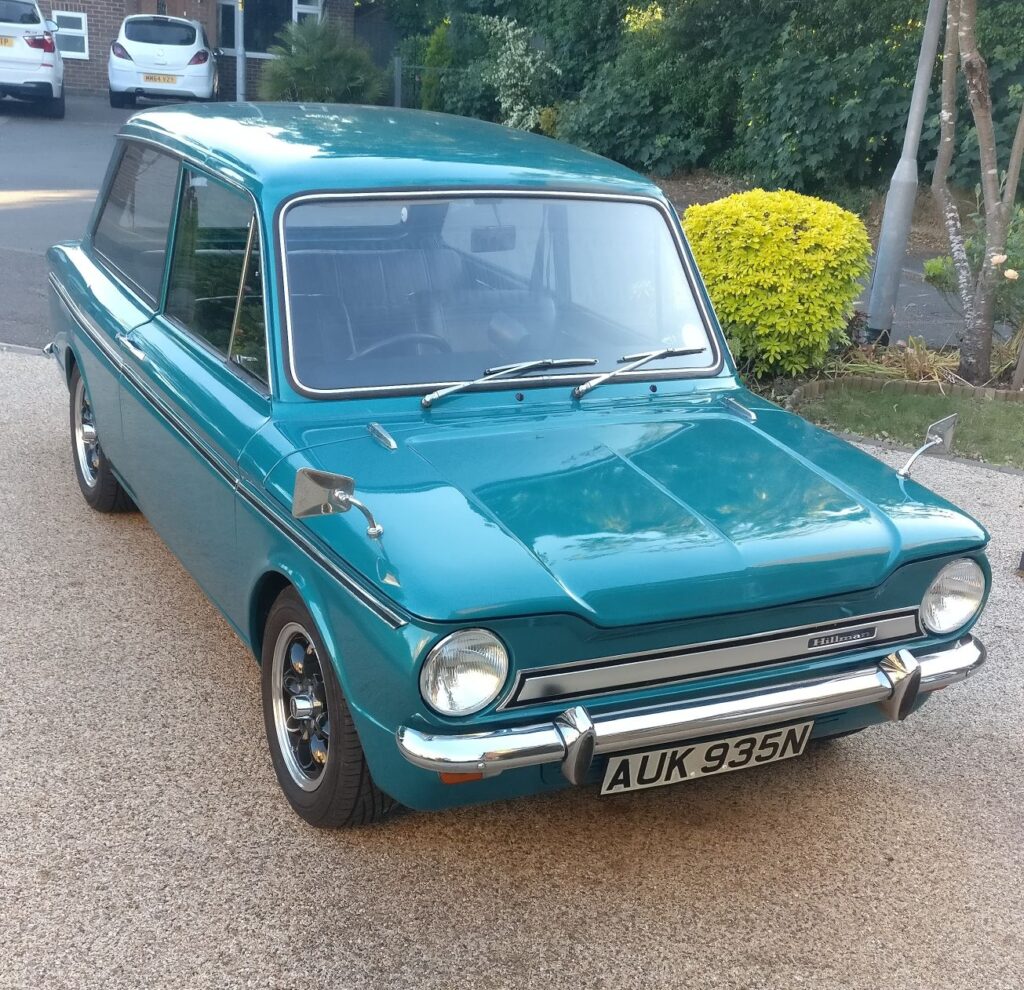 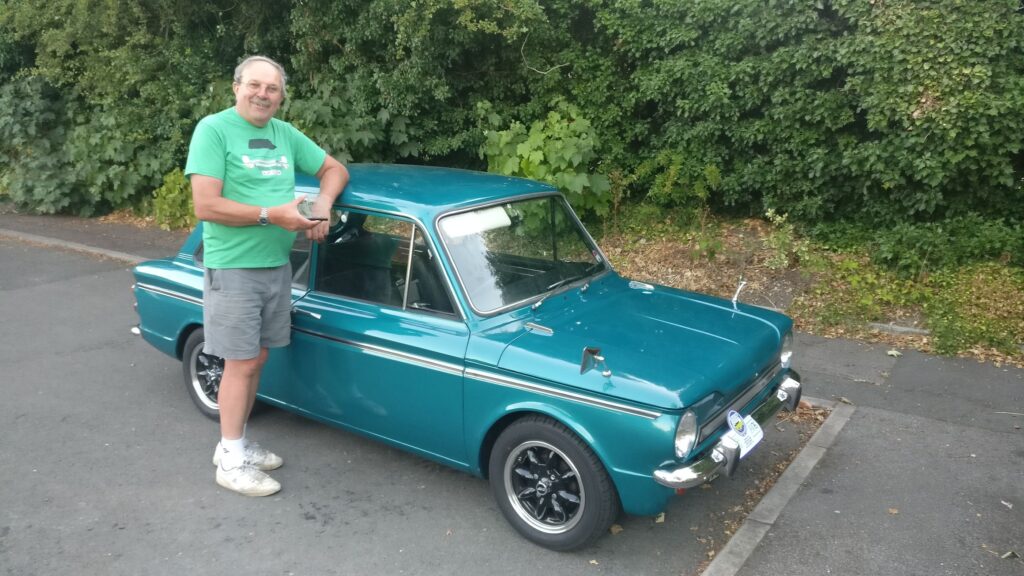 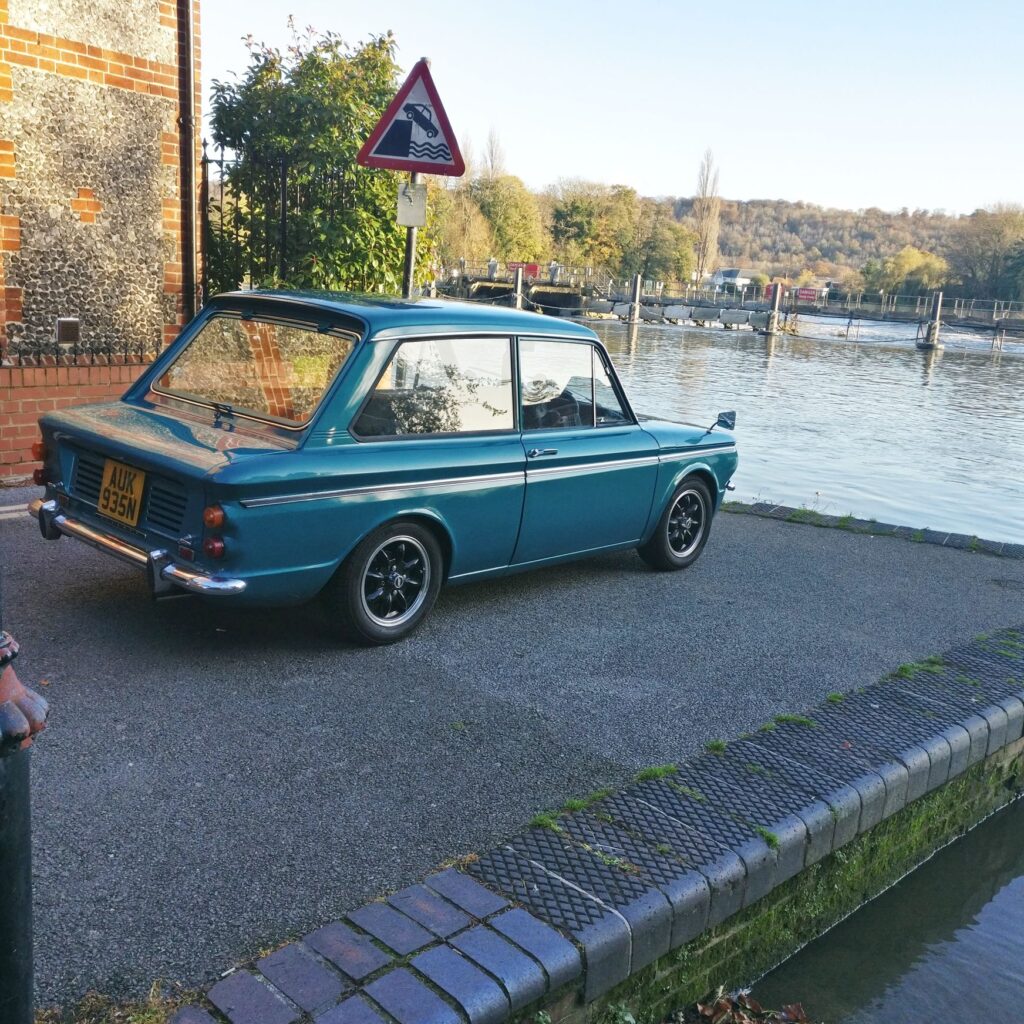 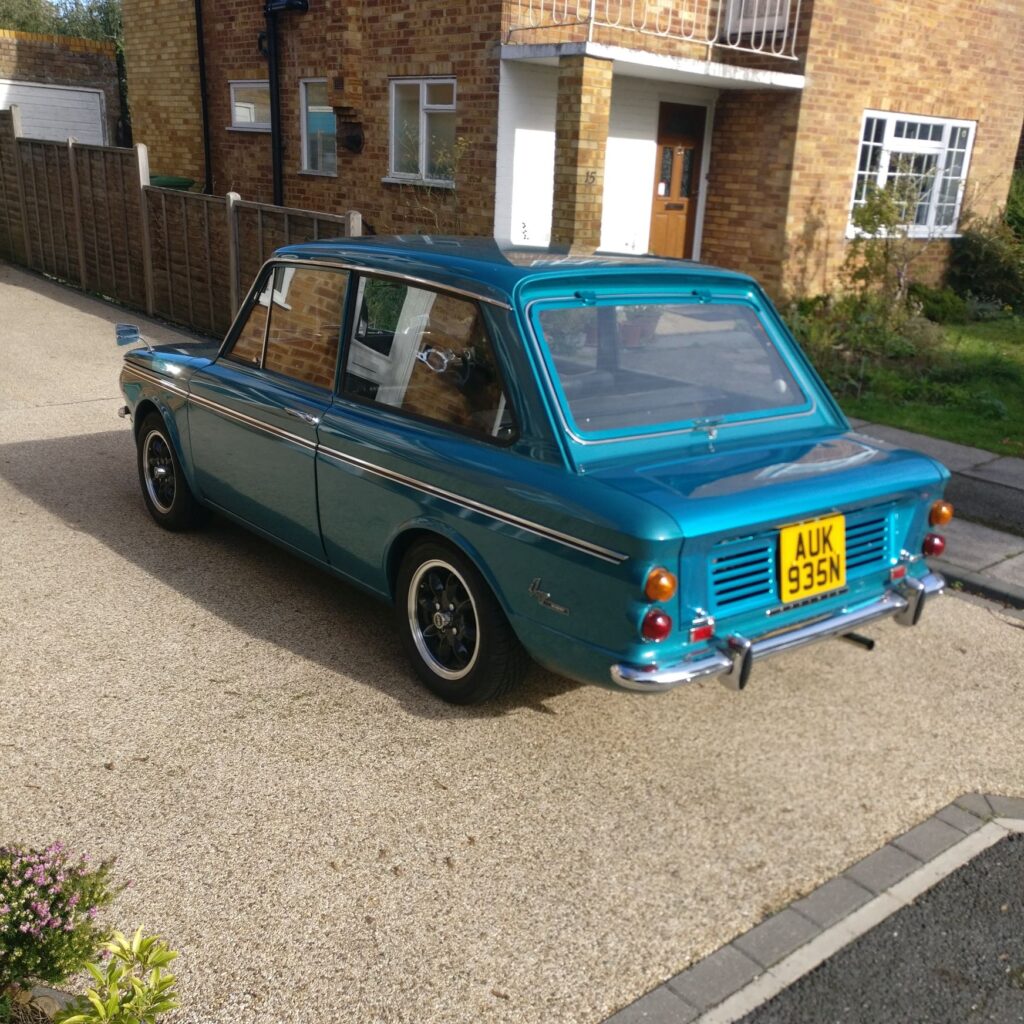 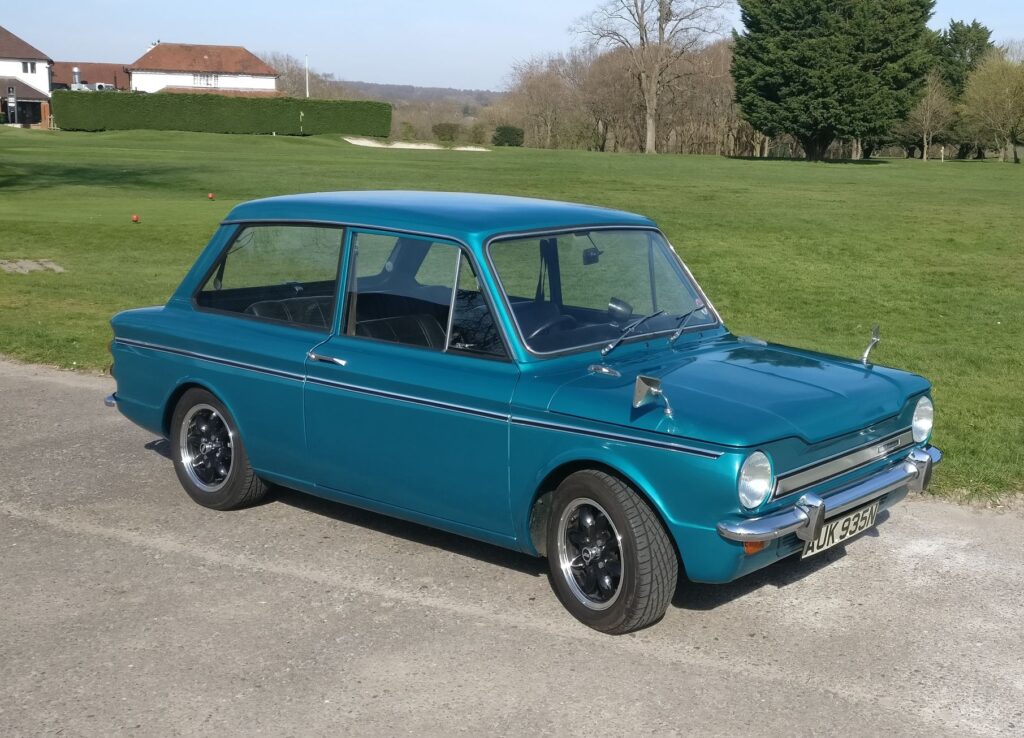 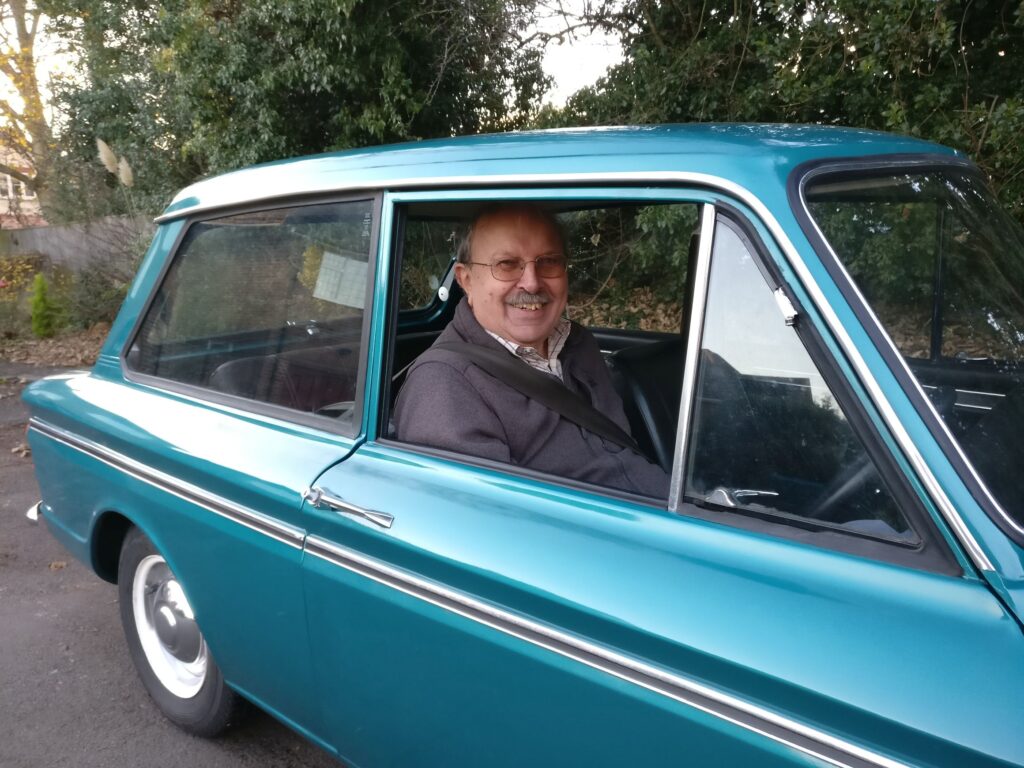 Let’s walk around the modifications and personal touches.

The bodywork is original apart from the engine bay lid. This was taken from an Imp Sport which has extra venting slots and provides improved airflow and cooling for the engine. The rear window glass has been replaced with a heated version as originally fitted to later-built Imps.

The electrics have been uprated by the fitting of an alternator in place of the original dynamo and the electrical wiring has been protected by a fuse box and fuses which, almost unbelievably, were only ever factory-fitted during the last year or so of Imp production.

The blower unit for the heating and ventilation has been uprated with a boat bilge-blower fan. This is both quieter and more powerful, meaning that the windscreen will demist in minutes and not hours.

All the external lights have been replaced with LEDs which are permitted on pre-1986 vehicles and provide dramatically improved brightness as well as reduced power consumption.

In the engine bay is the original 875cc L4 type ’matching number’ unit. It has been fitted with several peripherals as found on the Sunbeam Imp Sport. Specifically, twin Stromberg 125CD carburettors with associated twin air filter box, mounted on a water heated inlet manifold. Digby recalls, “Although the car immediately ran well, the carburettors would leak petrol whenever the car was left standing, in fact, it would leak onto the silencer which given that this would be extremely hot after a run seemed a particularly bad idea. Despite multiple re-builds, numerous replacement gaskets, O-rings, and new valves, and intensive testing over a period of several months it was only when I finally fitted ‘Viton’-tipped valves to the float chambers that the problem was immediately resolved. The car has run perfectly, and entirely without leaks, ever since.”

An electronic module has been fitted in the distributor in lieu of the standard points to aid reliability and reduce maintenance, and the main engine hoses were replaced with silicon versions.

Moving on to the braking system Digby comments, “One of the first jobs I did when I acquired the car was to uprate the braking system, not because the original all-drum system is inadequate, but to reduce the need for frequent adjustment. I fitted disc brakes to the front, using a well-proven and tested kit based around Ford Fiesta callipers which, because I had no desire to add the complication of a servo, necessitated the fitting of a larger bore master cylinder. I also fitted an additional brake fluid reservoir to allow for the increased volume displaced by the disc system”.

The standard suspension springs were replaced by ‘Monte Carlo’ type and the shock absorbers by adjustable Protech units, combined this gives a slightly lower and stiffer ride. The original 12” steel wheels were replaced with 13 x 5.5” JBW ‘Minilite’ style wheels.

Inside the car, the interior essentially remains unchanged except for the steering wheel which is a leather-rimmed Mountney type, and the addition of a pod-mounted tachometer. “Where minor additions have been made, I have tried to keep things as ‘original’ as possible and have used items from other models in the Imp range”, says Digby.

This is all finished off by that stunning ‘Aquarius’ metallic paintwork.

So, with such a great running car, it’s not surprising to hear that The Auk is also a magazine cover star! Being on the front cover of the Federation of British Historic Vehicle Clubs (FBHVC) News (Issue 3, 2020) in celebration of the ‘Stay at Home Rally’, held during the first Covid-19 lockdown must have been a great honour.

With some uncertainly still surrounding car shows at the moment, Digby and his Imp Super usually enjoy driving around the countryside of the Chilterns and the towns and villages of Buckinghamshire and Oxfordshire. As an active member of The Imp Club, the pair are very much looking forward to the rescheduled Imp National in 2022. The Imp Club is also starting to formulate plans for a major event in 2023 to celebrate the 60th birthday of the launch of the Imp… watch this space! 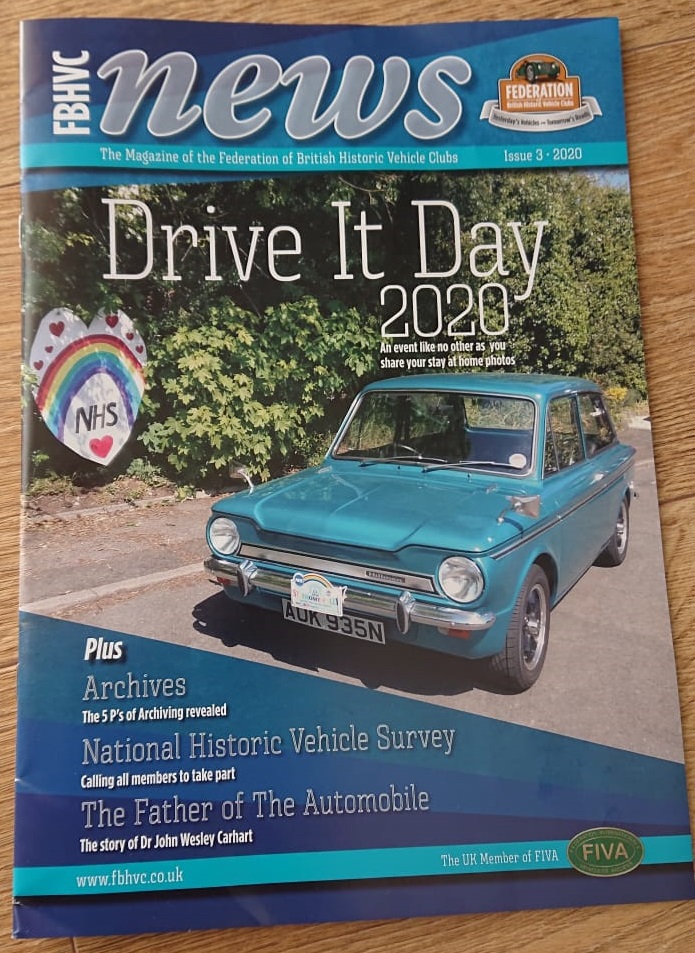 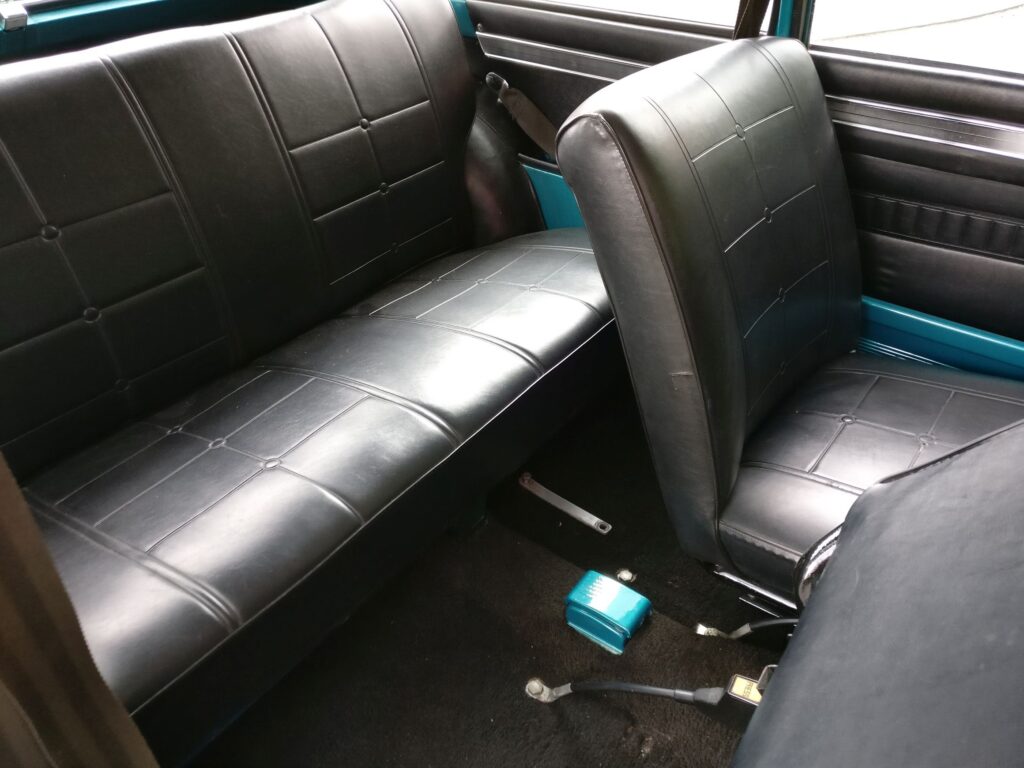 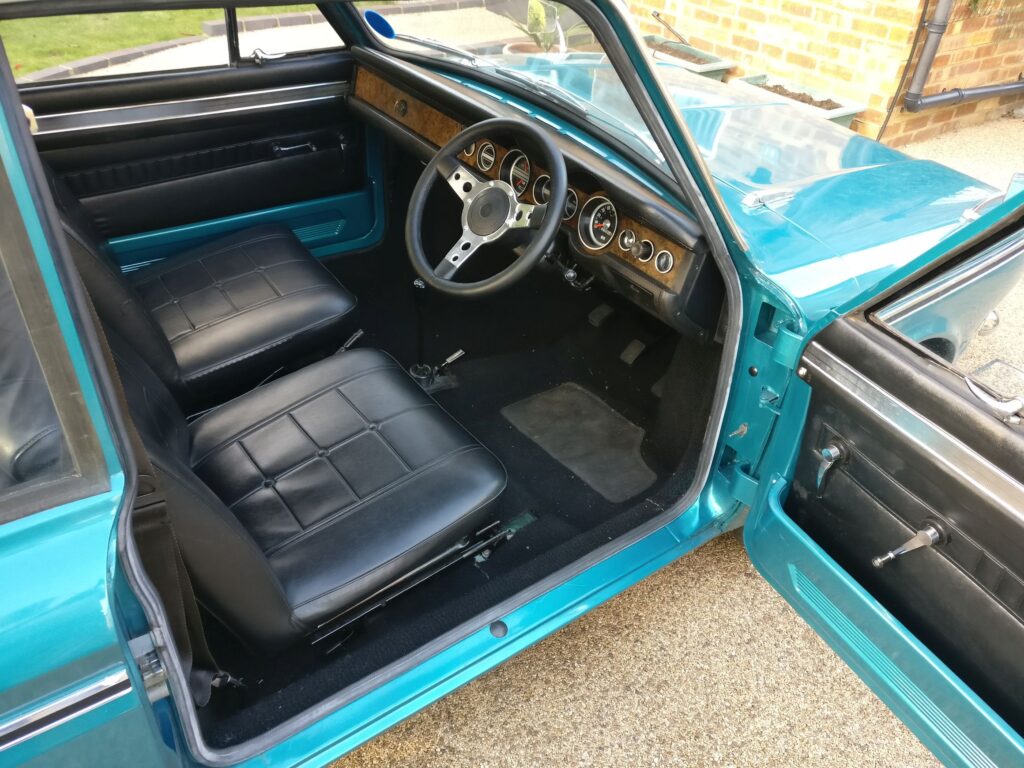 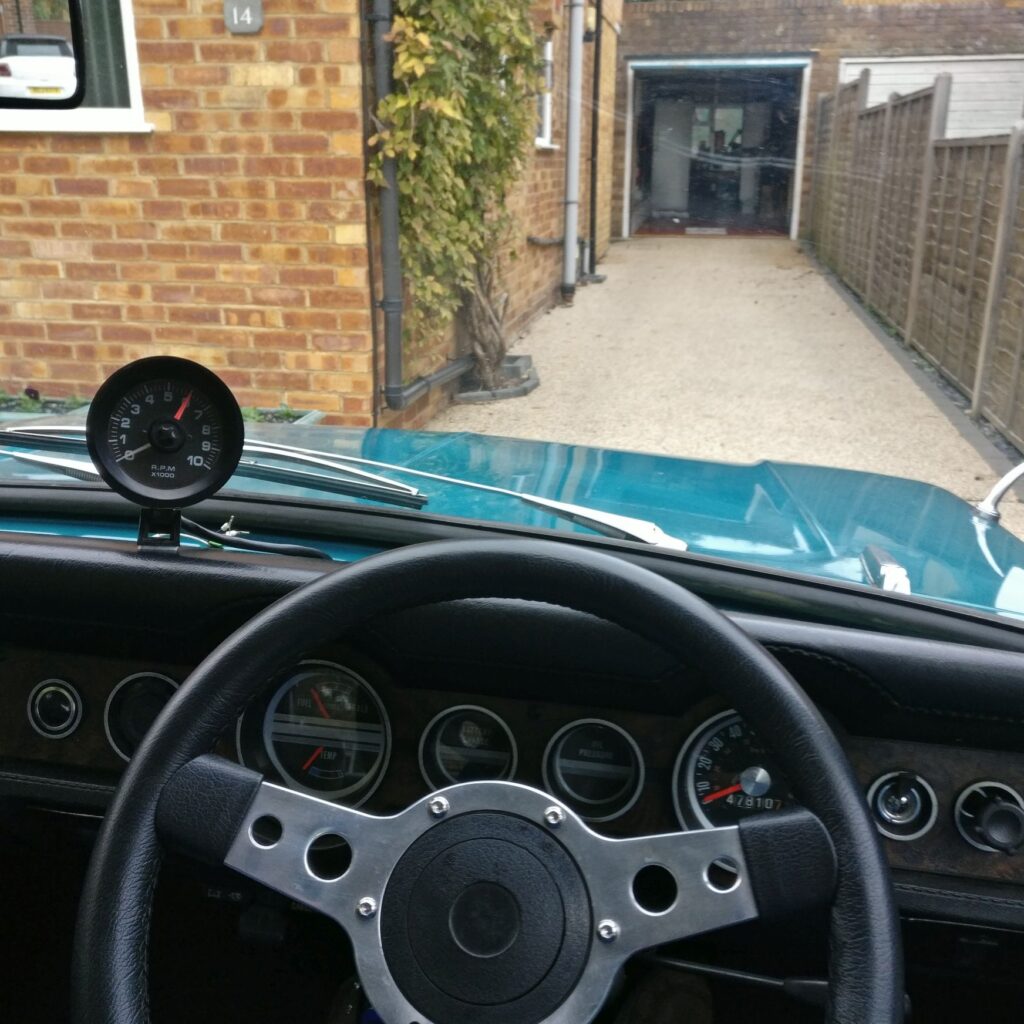 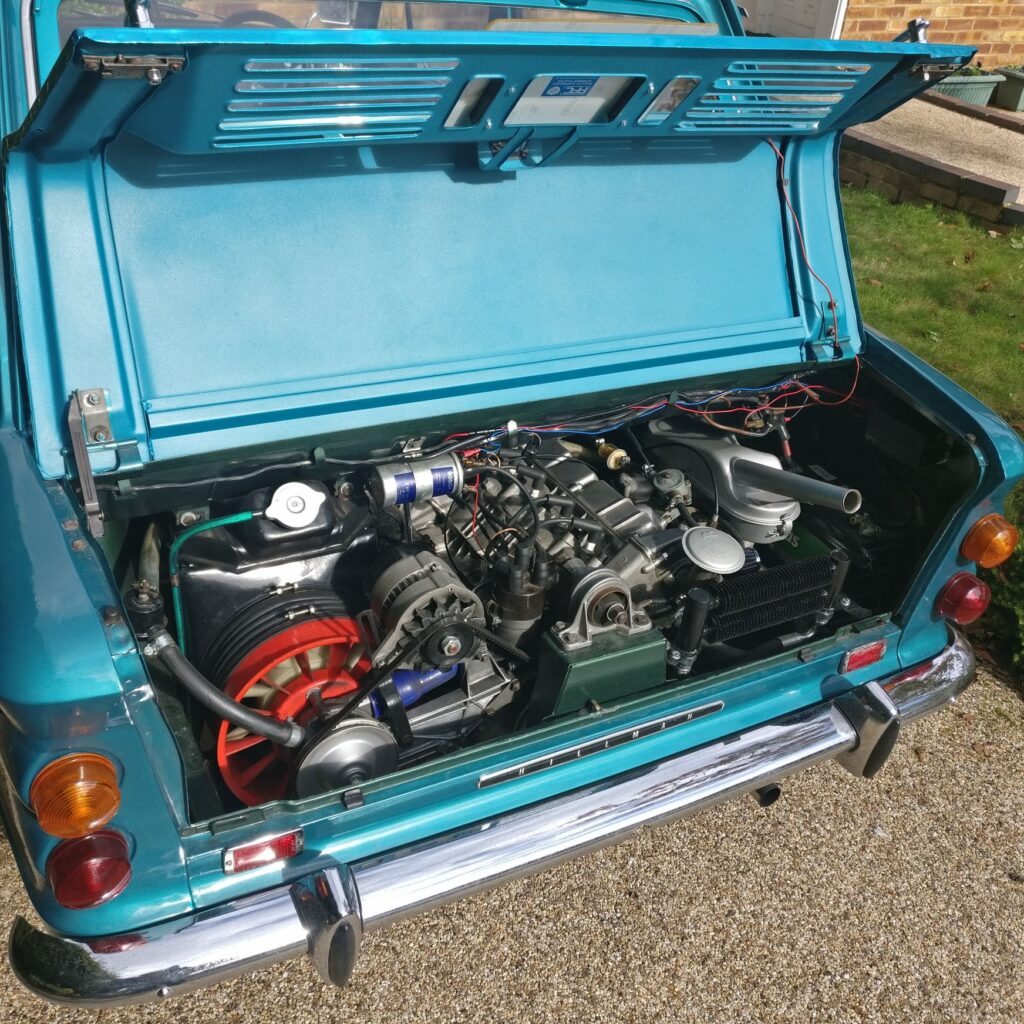 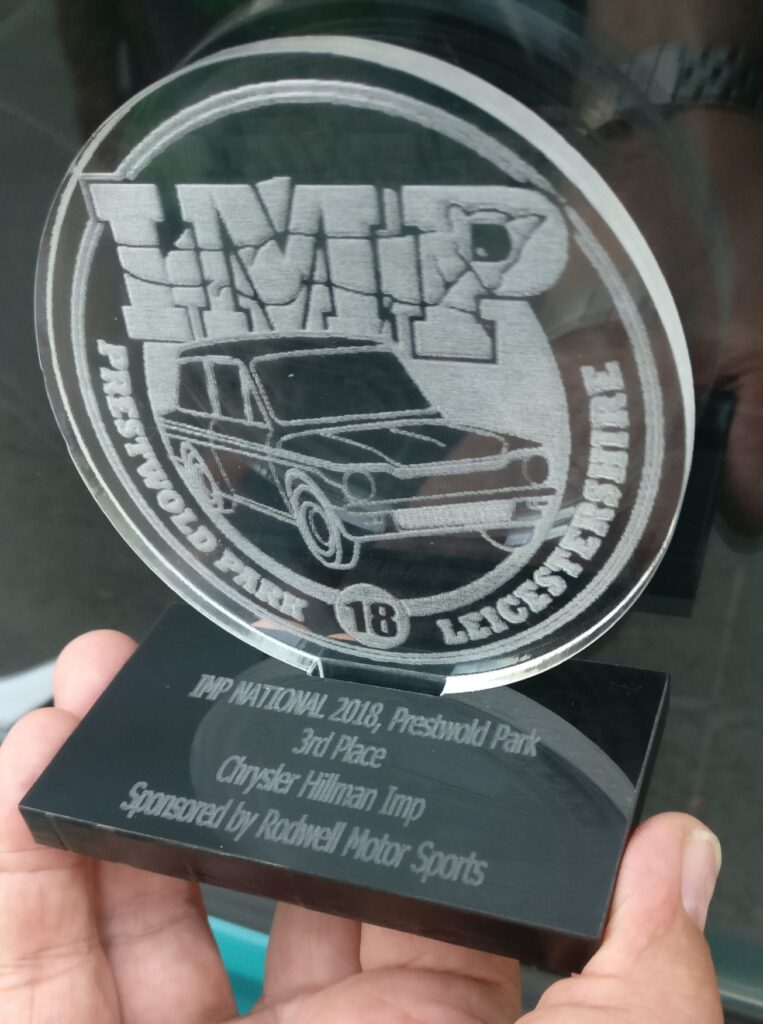 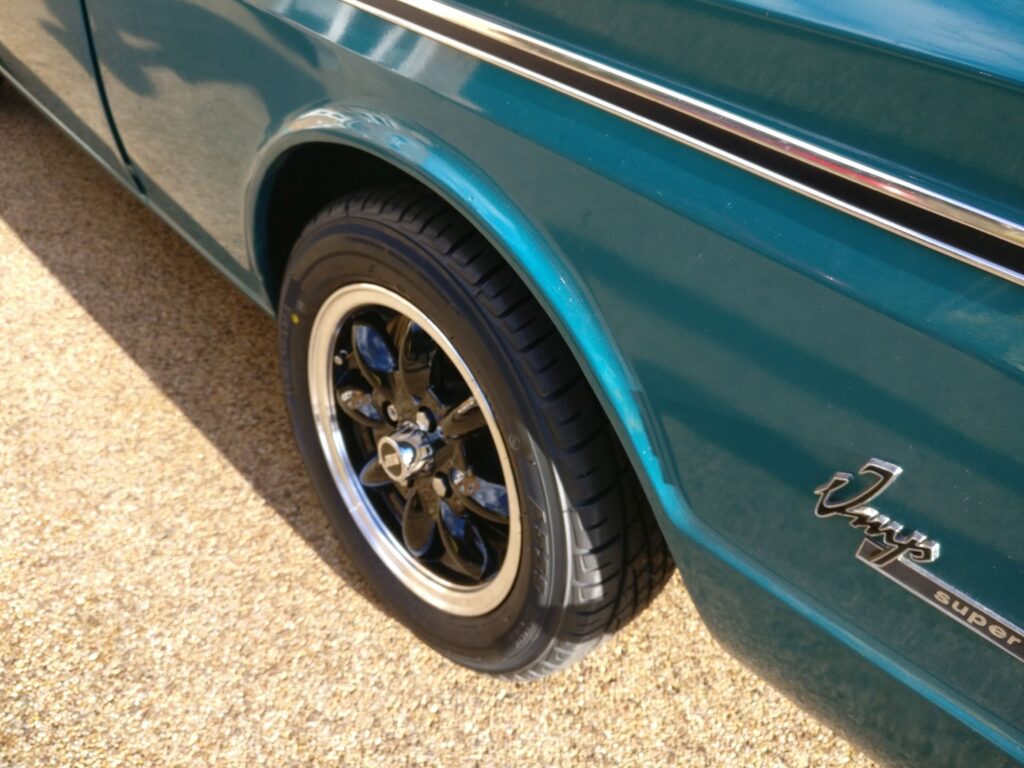 Finally, why is the Imp such a great car?

“Imps are first and foremost FUN to drive. There is plenty of room for a tall (6’ 2”) driver such as me and the all-round vision is superb. The handling is IMPeccable and the steering, braking, and gear-change are all brilliant for what is a near sixty-year-old design.

“It’s always lovely to see the smiles and waves of appreciation from the public when out and about, and to hear the anecdotes from former Imp drivers”, Digby tells us.

Digby, thanks very much for chatting with us! 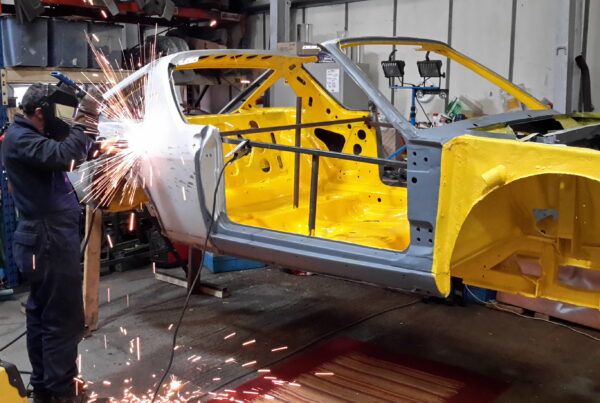 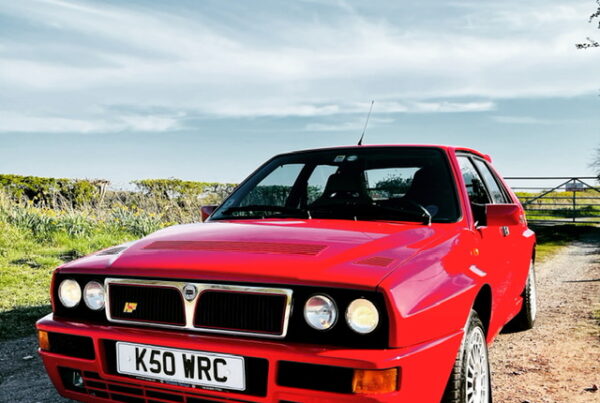 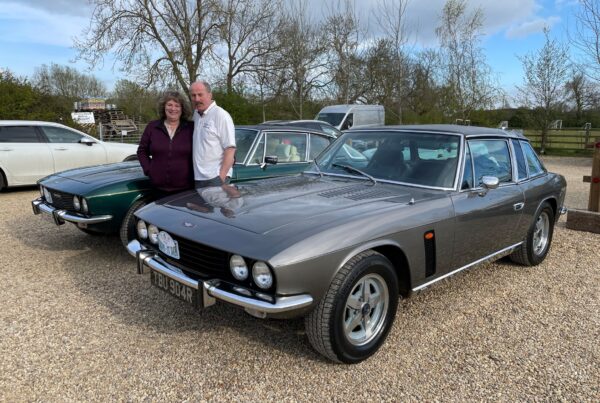