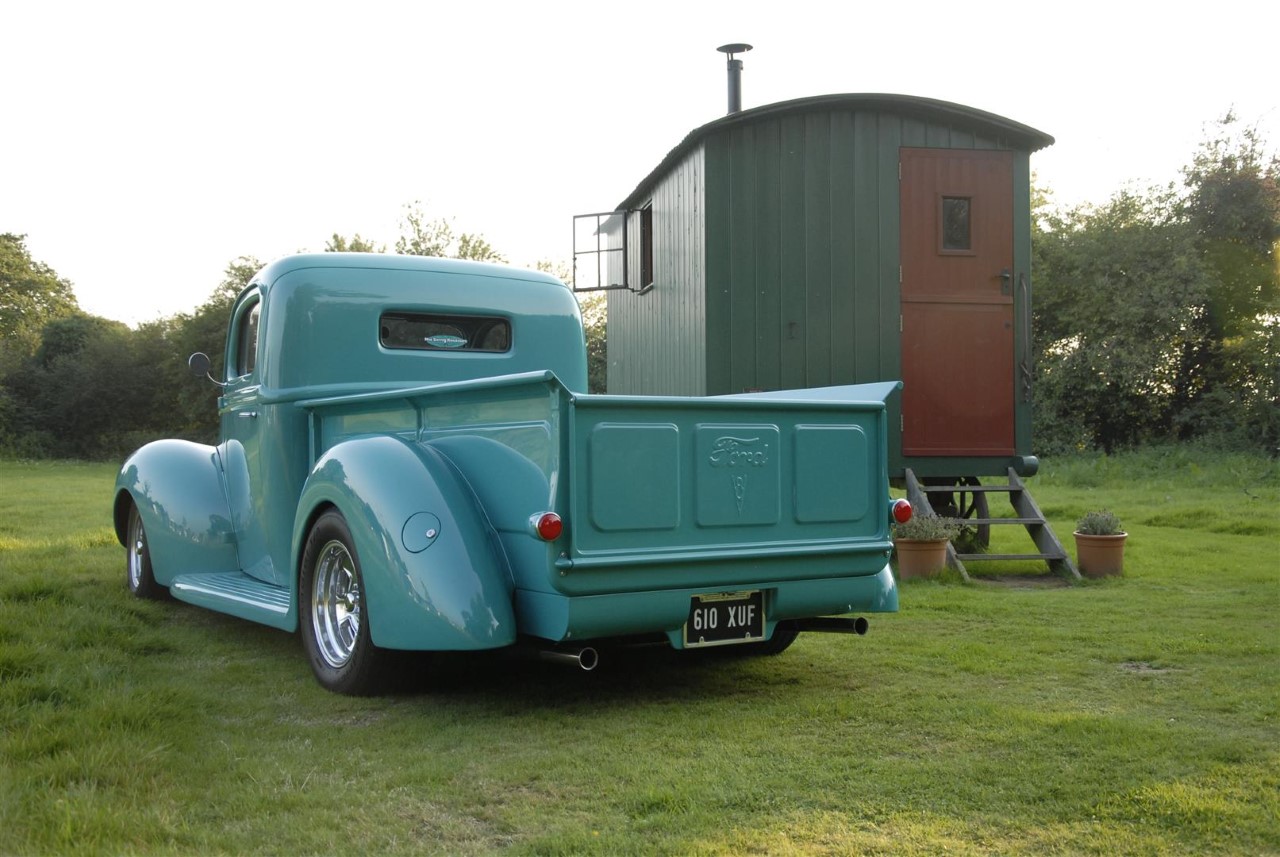 ClassicLine were delighted to be sponsoring one of the Top Ten trophies at Wheels Day on Good Friday. As we mooched around the show field, one car that caught our attention was the gorgeous 1940 Pick-Up owned by Pat Miles. We knew then, that this was the car we wanted to take home the ClassicLine sponsored trophy!

Now, the weather was so wet on Good Friday that once we were back in the warm and dry, we caught up with Pat to get the low down on his pick-up…

Originally built in the USA, Pat imported it into the UK back in 2007. The pick-up arrived in a great condition so Pat, and wife Chris, were able to jump straight in and enjoy all the road trips that they had planned.

Running a small block Chevrolet 327 ci, 5.3 litre engine, with Chevy truck axle and posies leaf springs on the back, and superbell axel with dropped I beam on the front. The roof was originally chopped by two inches and the rear lights have been grafted into the pick-up bed corners which looks the business.

All the interior has been kept as it was when imported from the USA, but Pat has added a few personal touches.

The turquoise paint is really striking and sets off those Billet Specialities Wheels.

With a spec like that, it’s no wonder that Pat has won two awards at the NSRA Hot Rod Supernationals, a Top Ten at the NSRA Fun Run, as well as our ClassicLine pick.

Fast forward 11 years, Pat and wife Chris, have covered many thousands of miles. Including several trips to the continent for the ESRA European Street Rod Nationals in France and Belgium, as well as attending and enjoying many events here in the UK. After being part of his family for so long, we asked Pat if he has given the pick-up a nickname but he replied saying no, but Chris refers to her as his “mistress”…we are sure all the long suffering wives out there will understand!

Two years ago, whilst returning from a trip the ESRA event in France, Pat and Chris were unfortunately involved in an accident. The pick-up was severely damaged and had to be recovered back to the UK. Fortunately, both Pat and Chris were ok, but Pat then spent the next 12 months repairing the car after the accident.

We appreciate that the accident caused Pat a huge headache, to say the least. He recalls how hard it was to source and import some original rear wings which were needed for the rebuild. Pat has been a ClassicLine customer for a number of years and it was great to be able to help him in his time of need to get the car back to the UK and back on the road.

Together, Pat and Chris cover around 2,000 miles per year in the pick-up and already have their road trips planned for this year. Up next for them is the NSRA Fun Run in Great Yarmouth at the beginning of June – we look forward to seeing them there. If you are planning on attending this event, make sure you check out this super cool pick-up and see if you can spot the “Flying Eye” on the dash… this is something very special to Pat.

ClassicLine Insurance would like to thank the Surrey Street Rodders for allowing us to sponsor this trophy and Pat and Chris Miles for their time and talking to us. 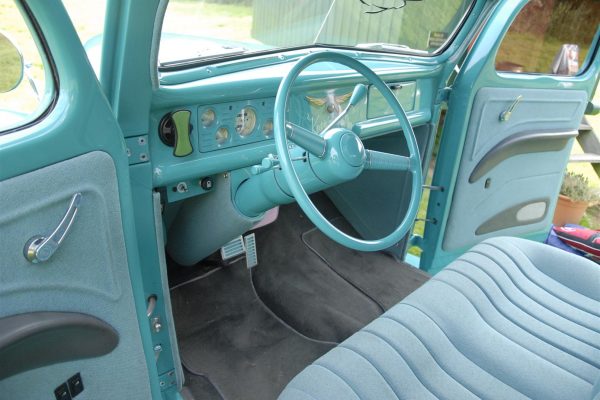 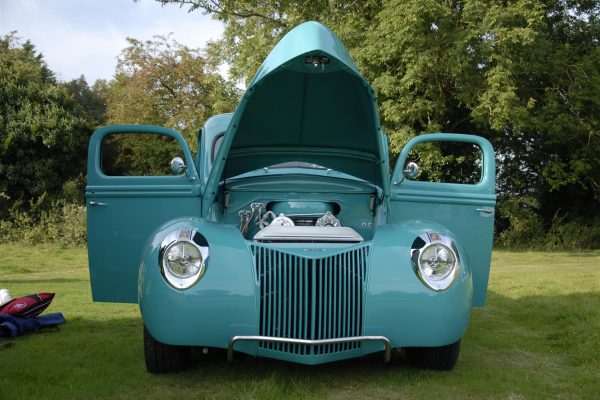 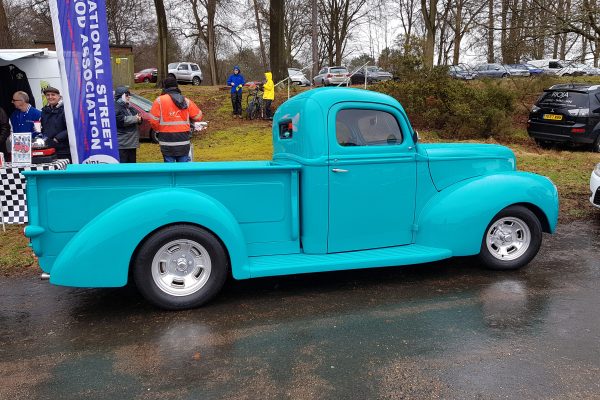 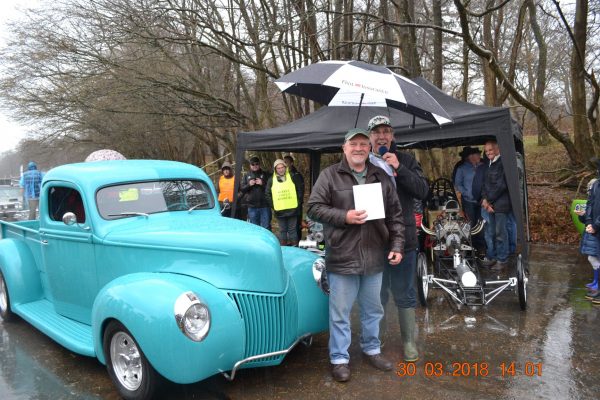 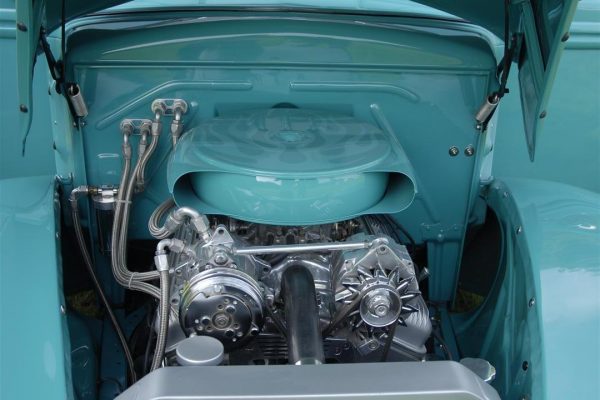 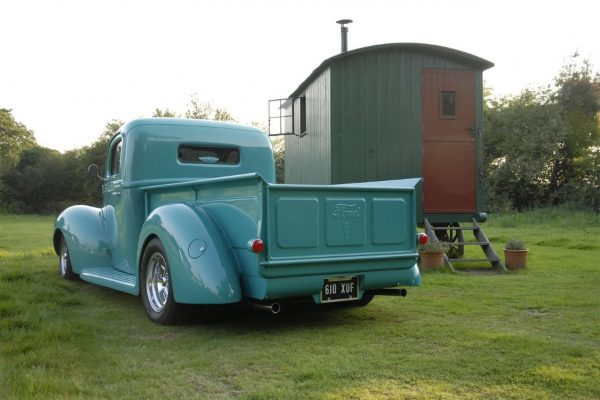