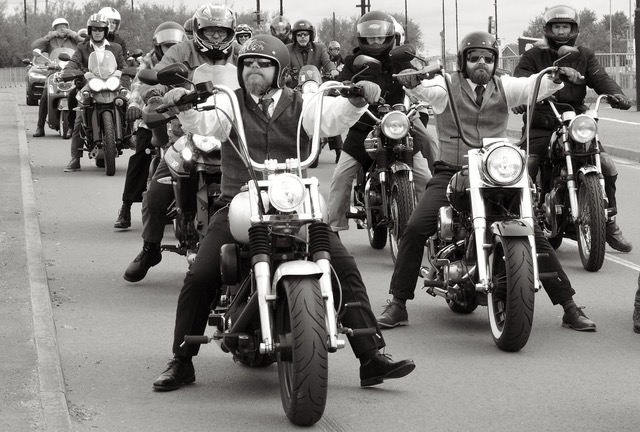 If you are a follower of ClassicLine’s Spotlight On series, you will see that we like to highlight the charities supported by our featured vehicle clubs.

Over the past 18 months, our club of the month series has heard how the Surrey Street Rodders do everything they can for the people you don’t often get to hear about; from their local Scout group to Bluebells Hospice. How Leicester Phoenix Scooter Club donate a proportion of their event proceeds to a different charity each year. And, how the Box Motor Club have been fund raising for a defibrillator at the country park where they meet.

This is just a few of the vast number of vehicle clubs within the UK who raise money to support local charities and causes close to their members hearts. Many clubs organise charity rallies or ride outs with the aim to bring fellow enthusiasts together and raise money for a chosen charity or cause – and of course, have fun doing so. This is what life is all about, after all!

The Distinguished Gentleman’s Ride is an automotive fundraising event supported all around the globe. Held in 110 countries, the rules are simple – dress dapper, ride classic style and fundraise!

The regional events bring together an eclectic mix of two wheeled motorbikes and scooters, all riding under the same banner supporting men’s health and prostate cancer charities. From big Harleys, choppers, classic and modern machines to early 50’s scooters and more recent models, people from all walks of life come together to raise money for their uncles, brothers, fathers and friends. 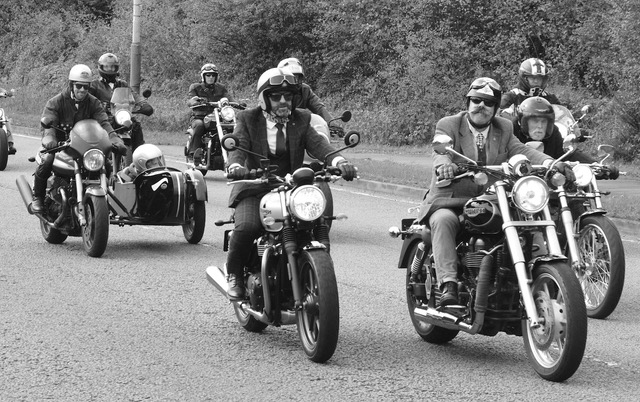 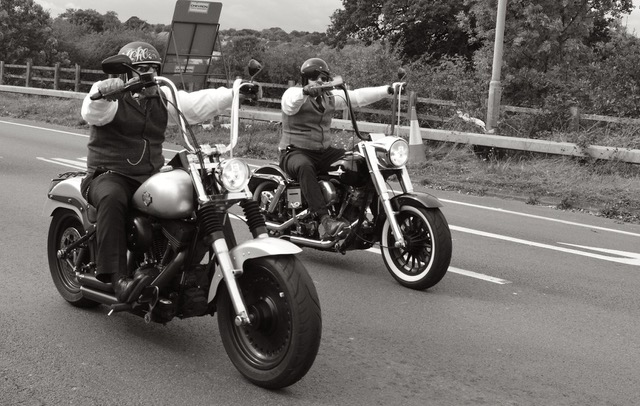 We caught up with Byron Richards, who has taken part in the Distinguished Gentleman’s Ride for the past three years to find out more!

The first year Byron took part in the Distinguished Gentleman’s Ride was in 2017. He was due to ride from Worcester with some buddies, but circumstances (the traditional Lammy breakdown!) scuppered plans – although he did remain registered and donated to the worthwhile cause.

In 2018, Byron rode the Coventry Ride from Gaydon Motor Museum, through towns and villages, finishing at the Triumph factory in Hinckley where the group were greeted with hot drinks and pastries. This year he will be riding again for the Distinguished Gentleman’s Ride, although the exact route is kept a closely guarded secret….

The Ride is at a leisurely pace, taking an hour or two. There are usually several muster points allocated on enroute and everyone gets together at the end to natter, compare notes and admire each other’s mounts.

The dress code is what makes this worldwide event so spectacular. Although it isn’t mandatory, the dapper attire ranges from smart suits, traditional tweeds and vintage motorcycle clobber. Last year, Byron went in full Peaky Blinders dress… what’s it going to be this year?!

Whatever your chosen attire, each participant individually fundraises. No good deed goes unnoticed and prizes to those who raise the most are awarded. This year Byron is hoping to raise between £200-£300 and he tells us below why these charities mean so much to him personally.

“Prostate Cancer is one of the biggest causes of fatality in men, and in lots of cases, can be treated, or managed to provide many years of good living, but if not discovered early enough can have dire consequences. Awareness to this problem is important, as is research and development of diagnosis and treatments.

“A member of my wife’s family had this diagnosed, but not early enough for a cure. However, with fantastic treatment and management, was able to live a relatively full life into his eighties, eventually succumbing to the cancer, and passed away 12 months ago. This is why I will always support this charity”.

The details of how to donate to Byron’s page can be found below. 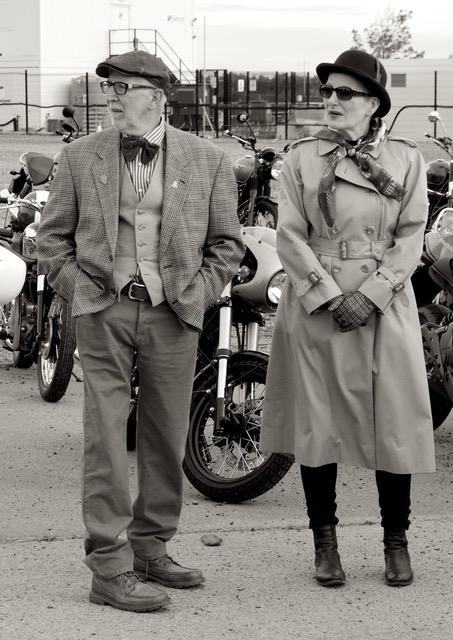 Byron, who is now at the tender age of 70, is in his own words, ‘reliving his days as a Manchester Mod back in the 60’s’. As an active participant of the Mod scene, his first scooter was a Lambretta Li125. This was soon un-ceremonially written off in a ditch somewhere between Durham and Manchester…

This was followed by an SX200, which had the side panels stolen outside the Twisted Wheel club – the hub of the Manchester ‘Mod’ scene back in the day. “My first Motorbike was a Suzuki GT250 on which I got my full licence, then followed a GS500, but my favourite was my last bike, a 1982 Suzuki GSX 1100 S Katana. I still think it is the most beautiful motorbike ever. After this, I went back on 4 wheels, due to my travelling commitments”, Byron tells us.

After retiring eight years ago, Byron decided to go back to his Lambretta days. He proudly purchased and restored a Lambretta Li 150 Golden Special with correct and matching numbers. However, after a while, circumstances dictated that a manual gear change proved difficult. Byron says, “it was then, that initially against my better judgement, I tried and eventually purchased a Vespa GTS300 70th Anniversary edition. Although I miss the smell of two stroke and the thrill of a 60s scooter, I now enjoy my scootering with friends and compatriots in the Leicestershire Scooter Scene”.

Bryon will be taking part in the Distinguished Gentleman’s Ride on the 29th September 2019 on his Vespa GT300 70th Anniversary Edition. This model was only supplied in two colours, so after selecting the silver, Byron decided to make it a little more personal by adding some graphics, additional spotlights and mirrors to give it that ‘Mod’ look. “Thanks to one of our renowned members of the Leicestershire Alliance Scooter Club, who couldn’t remember my name, and gave me the nickname ‘Silver Baron’ (silver the colour of the GTS and not remembering Byron), it reminded me of Snoopy and the Red Baron, and a theme was born and has been my aka ever since”, Byron (or should that be Silver Baron) tells us.

Today, Byron regularly rides with the Leicester Alliance Scooter Club on occasions with the Hinckley Independents and Leicester Phoenix. “All a great bunch of guys and gals, and a joy to ride with”, Byron says. This year a few fellow club members will be joining him on the Ride, but maintains that meeting old and new friends who all support this wonderful cause is a real highlight.

After the Distinguished Gentleman’s Ride, Byron will be taking part in the ‘Ride of Respect’ on the 20th October to the National Memorial Arboretum. There will be several thousand scooters from all over the country gathering to remember all those who gave their lives for our freedom and saying, “you will never be forgotten”.

If this has inspired you, here’s what you need to do:

Before I press my tweed and polish my boots, I need you to donate what you can for this meaningful cause and help me reach my goal. To do so, go to gentlemansride.com and on top right you will see a button saying ‘Donate’. Click on this and it will give you the option to search for a rider, which will be Byron Richards. If there’s more than one with the same name, choose the riding out of Coventry or Tamworth option. Any amount will be gratefully received. For your uncles, your brothers, your fathers and friends. Donate what you can, for their lives need not end.

If you are taking part in a charitable event, or raising money with your vehicle club, we would love to hear from you. 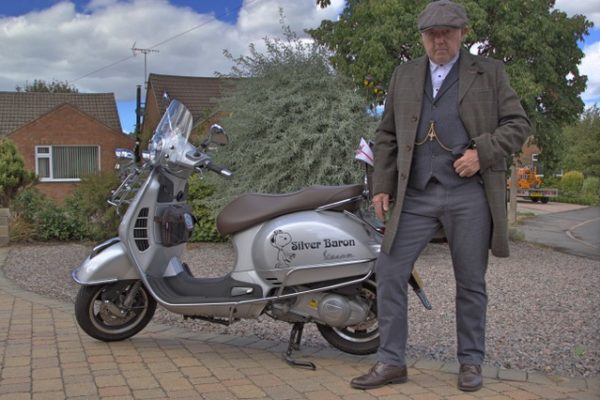 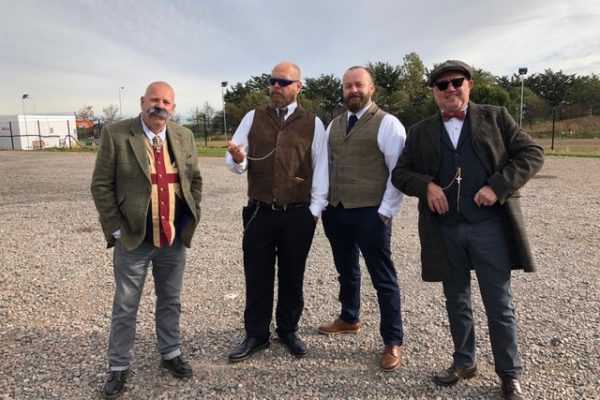 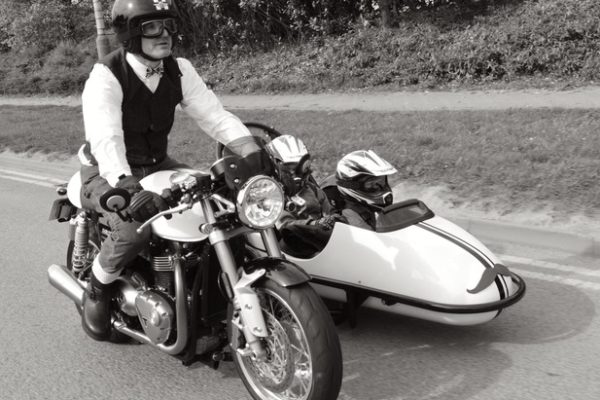 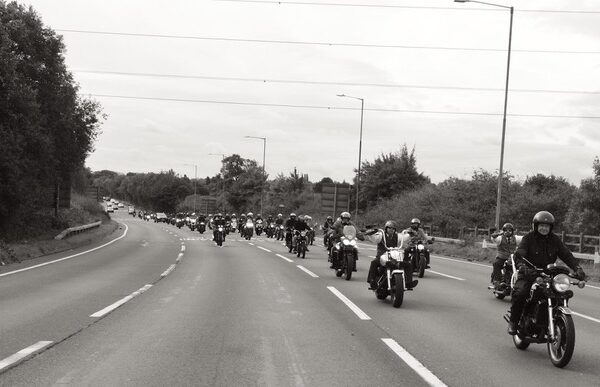 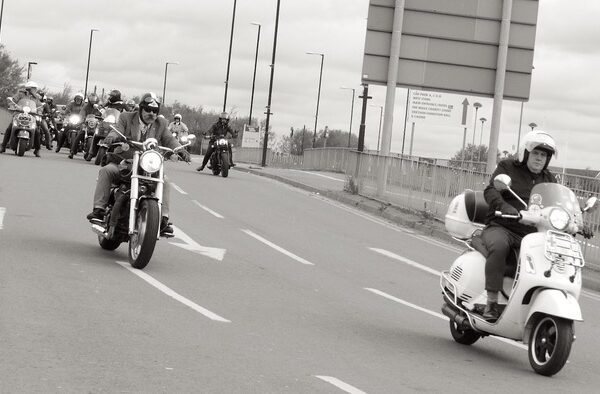