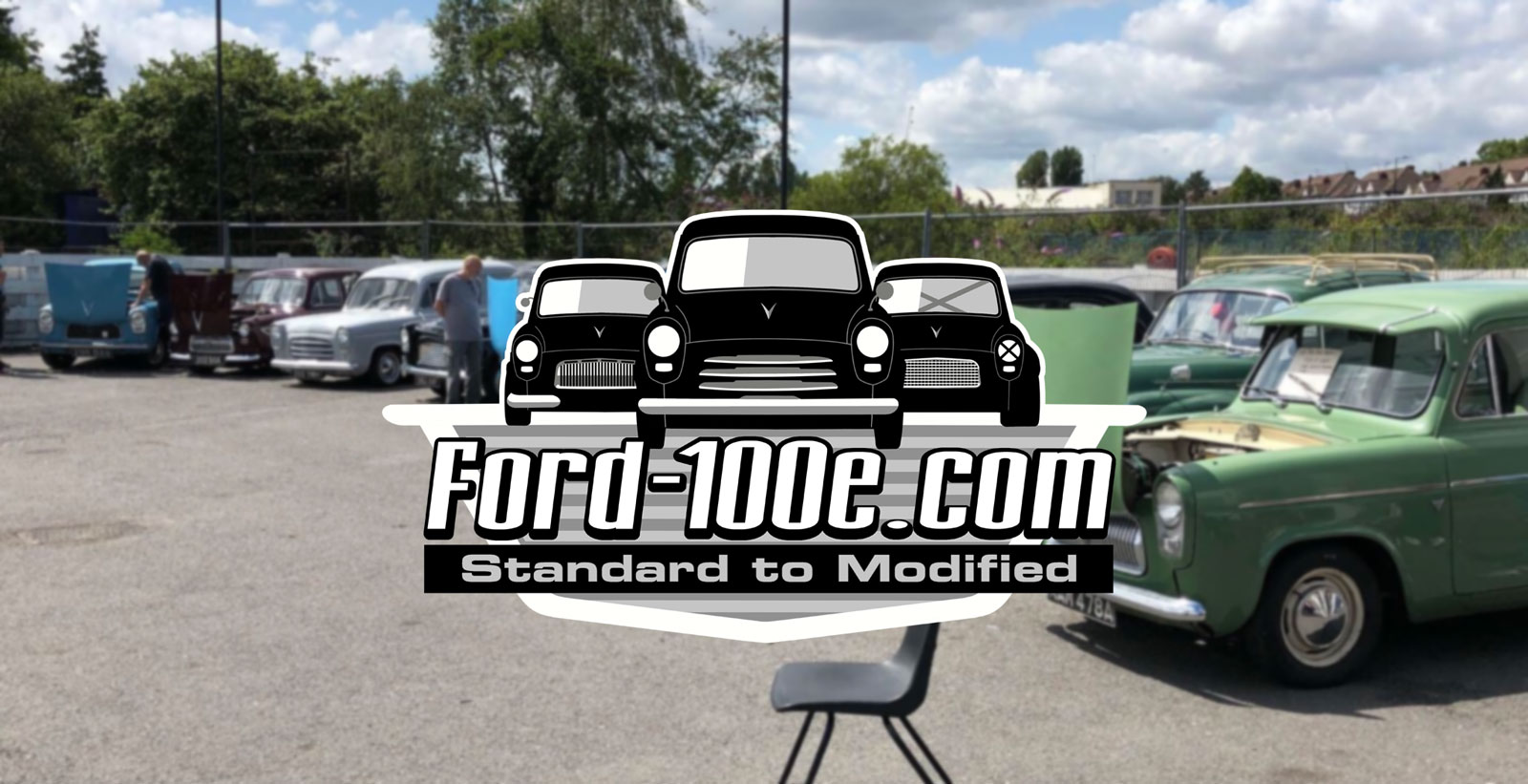 The Ford 100e and is variants were Ford’s solution to the modern-day, affordable family car. With a vastly updated design, the 100e replaced its precursor the Upright sit-up-and-beg Popular. From 1953 onwards, Ford rolled out a wide range of these cars, from the 100e Anglia, Prefect and Popular, all the way through its range of commercial vehicles. Today, the Ford 100e and its variants are hugely ‘popular’ and whether they are stock, resto-modded or fully modified, Ford 100e’s are a joy to see out and about on the roads.

Let us introduce you to Ford-100e.com

Ford-100e.com was formed in 2005, taking its name from the forum started by the club’s original founder.  Today, Ford-100e.com is the leading club for all stock, retro and modified small Fords and has around 8,000 members across the clubs’ multiple platforms.

Our association with Ford-100e.com started in 2015 and through our experience of insuring classic, retro, and modified vehicles, we are proud to have helped so many club members find the right insurance cover over the years.

We caught up with Benjamin Cooper, joint club owner and admin, to find out more…

Ford-100e.com started as a group of people with a common interest in the Ford 100e and its variants. Initially, beginning with a club forum, and then later the Facebook group, the club now operates across both platforms. Members tend to use the forum and Facebook group for different things.

Middle aged baldies, hypertension, arthritis, codgers… but no, seriously I’d have to go for family, fun and supportive!

We have three club admins who run the club, and then we have 3 moderators on the club Facebook group, and 3 on the club forum.

The admins basically run the club, organising our annual meet, arranging to go to car shows like the NEC Classic Motor Show, and dealing with our merchandise. Our moderators help with monitoring both the forum and the club Facebook page, generally helping with new members or giving out advice etc.

We also have a group called the E Team! which is a group of members who us admins can bounce ideas off for club related things, there’s usually plenty of banter!

Models that are covered are:

Do you have club garage nights or help out on each other’s cars?

Pre-COVID we would help any members who need it, either with advice or popping to their workshop to lend a hand. We even pinched a members’ car with the help of his wife and swapped the engine without him knowing. We then invited him down to us to surprise him, we told him we had a good engine in one we were breaking, it took him 10 minutes to realise it was his car!

During lockdown, one of the other admins had been doing some work on a members’ car and has now handed it back with majority of the work done. We definitely like to muck in and help where we can, especially if someone is short of time or struggling. We’ve also had days where we will get a bunch of us together and turn up at one member’s garage and help crack on with some work for the day.

How about you Benjamin, how long have you been involved?

I’ve been involved since 2014, when I joined the club. Becoming an admin in 2017, and then taking on ownership of the club with two of the other admins in 2019. I am the owner of the infamous Pop Rat, a Ford Popular 100e. I had been told about Pop rat sitting in a cow field and given it in exchange for some work on a mate’s car. I proceeded to re-build it from the ground up, leaving the original patina, aided by the cows. The car is modified with 1600 cross flow.

I also own a MK1 Ford Fiesta, which is nearing completion from a completer restoration. I’ve also got a Ford 105e which is waiting to be restored, and my daily is a fog eye Ford Scorpio.

A Tuscan beige MK2 Ford Escort RS2000… the closest I will get is painting my MK1 Fiesta the same way!

Yes, benefits would be a wealth of knowledge from members regarding all owning and building 100e’s, our quarterly newsletter, our organised car meets, and discounts including a 15 % discount on insurance with ClassicLine. Other discounts are mentioned in our newsletter, we have worked hard to build relationships which help benefit our members.

Pre-COVID, we were organising various meets at different locations across the south of England and were in the process of creating meets more north, but these never got off the ground due to the circumstances. I think going forward we would like to look at holding more meets throughout the year.

We also have our ‘E’s at the Ace’ meet which we hold annually.

We’ve heard great things about E’s in the Field, tell us more…

Last year we started ‘E’s in the Field’. It is as the name describes, a field full of 100e’s! We had a BBQ and competition with around 30 cars attending even though it rained all day. We are currently planning this year’s ‘E’s in the Field’ for July 10th 2021. Here’s where you can find the details: (1) Es in the Field 2021 | Facebook.

To all our events, we have convoys – one from the south and one from the north and have a competition between them to be bigger than the other! 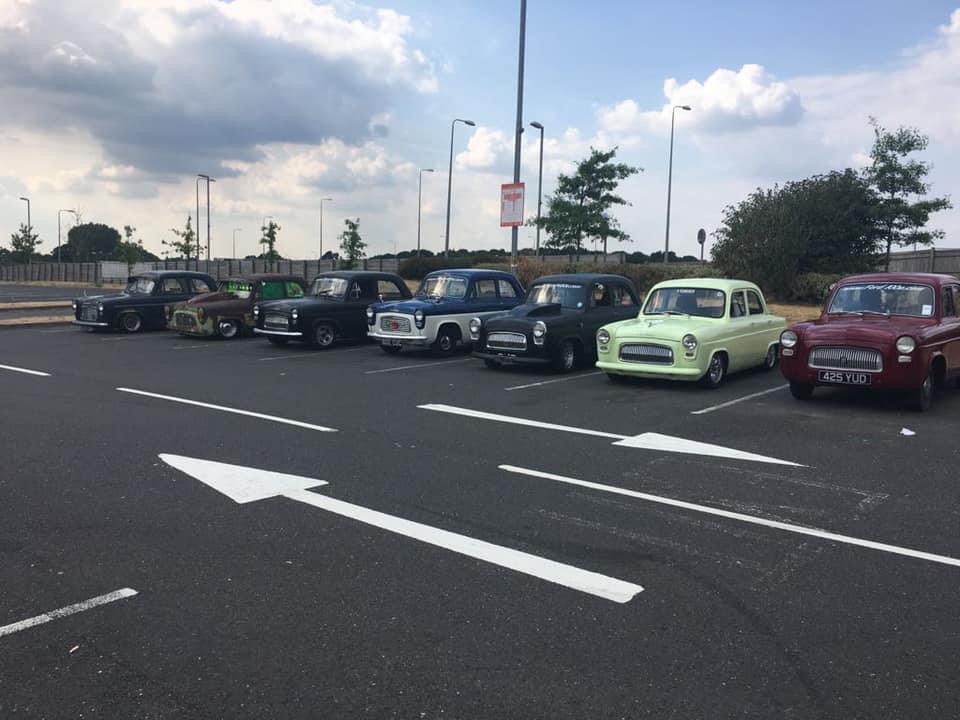 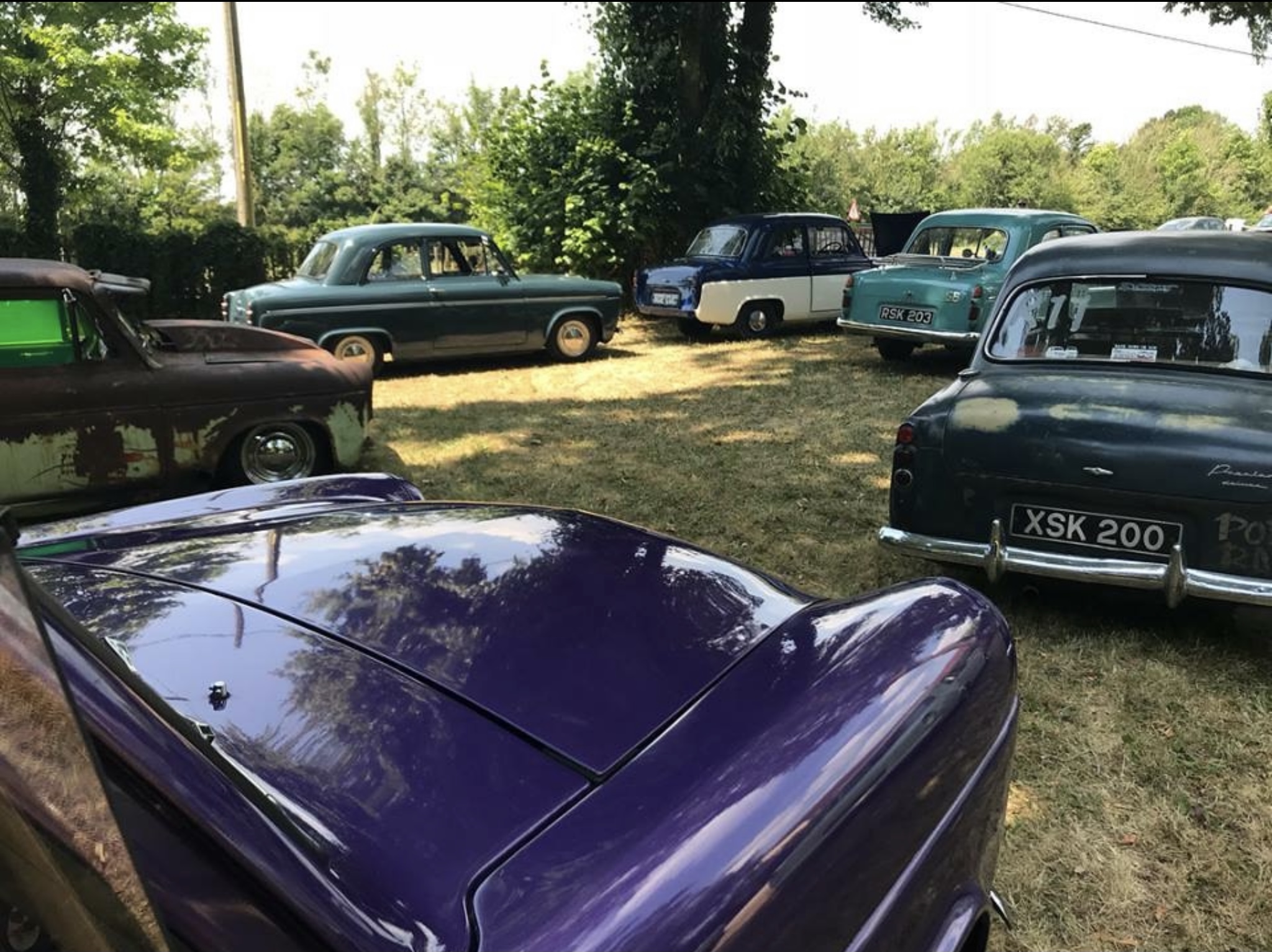 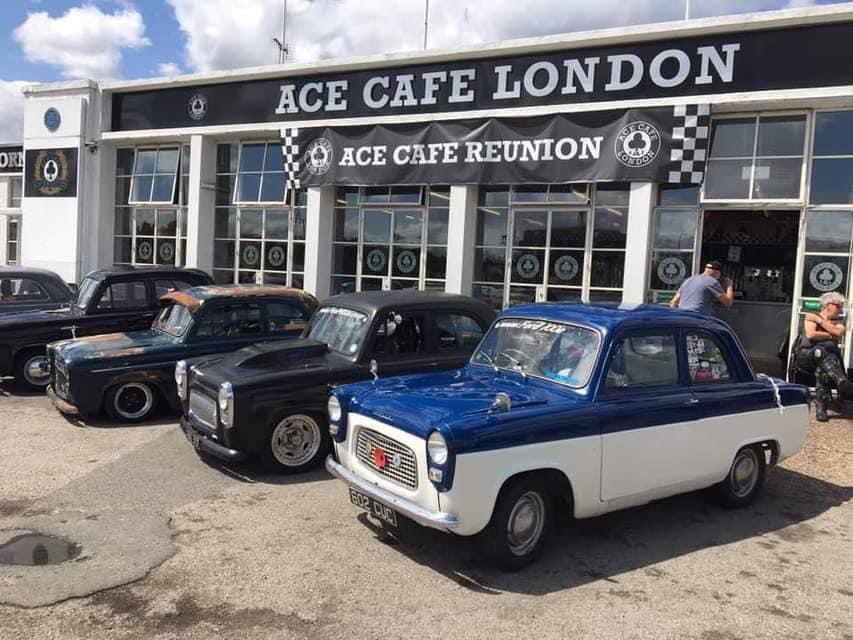 We attend events like ClassicFord, and the NEC Classic Motor Show etc as a club. Other opportunities are brought to the table by members or from us having relationships with event organisers. We then create an event, advertise and where necessary sponsor. Coordination depends, for example the stand we have at the NEC is coordinated by the club admins and the people whose cars are on display.

With ‘E’s in the Field’ we are lucky that prominent club members help and enjoy arranging convoys to the events. This year I think we are all just looking forward to getting out and seeing people that we haven’t due to COVID!

The convoys always seem to be great fun with standard Sidevalve powered cars and full blown V8 drag cars cruising together! It’s always a close call when it rains and there is any form of hill… have you seen the standard vacuum wipers?

We see the club has won a few awards…

We’ve won a few awards over the years including Classic and Sports Car ‘Club of the Year’ at the NEC. We’ve also won ‘Make/Model Car Stand’ at ClassicFord show. It gives the club a great sense of achievement and it is also such a boost when we win and get featured in magazines. 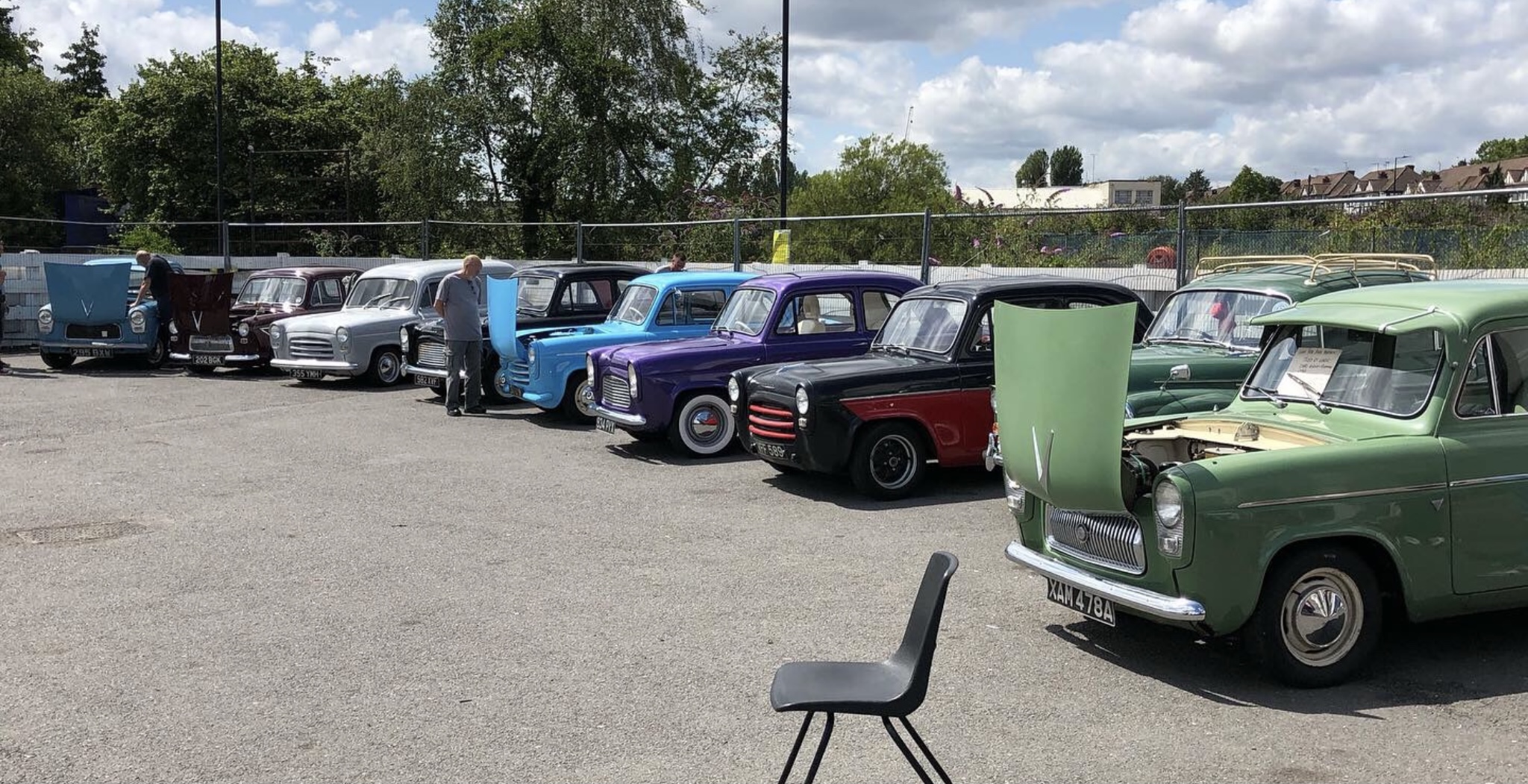 I feel the classic and retro scene is going to continue to grow as time goes on. In our own club we have a good mix and have seen a lot of young members buying and restoring 100e’s. My top tip would be to find a car within your mechanical capabilities and get out and enjoy it.

What makes you proud to be a member of Ford-100e.com?

The continuing growth of the club, the members and their willingness to muck in and help, and the friendships that have been made. Also putting on and hosting our very own club day, as well as successfully bringing back the newsletter which is giving us a chance to showcase and celebrate our members.

There is lots of projects on the moment with weekly and monthly updates either on the forum or club Facebook page. There are road trips/convoys planned for our upcoming events, and our next newsletter is due out end of June.

So, these are the people behind one of our favourite clubs. Working hard behind the scenes to maintain a helpful and friendly club, as well as planning convoys and events for members to enjoy with their cars. Ford-100e.com, thank you for being our club of the month.

The 5 Ford Anniversaries of 2019 | Classicline Insurance

Spotlight On No Comments 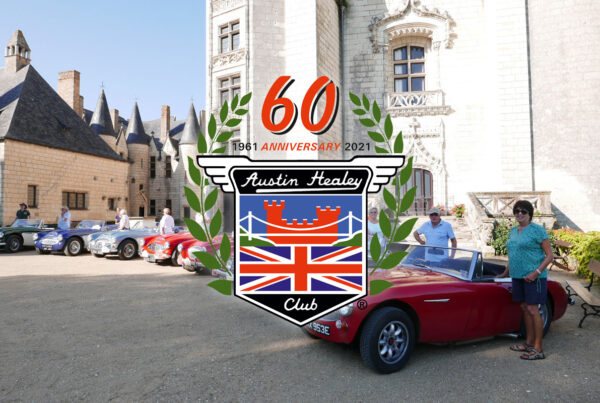 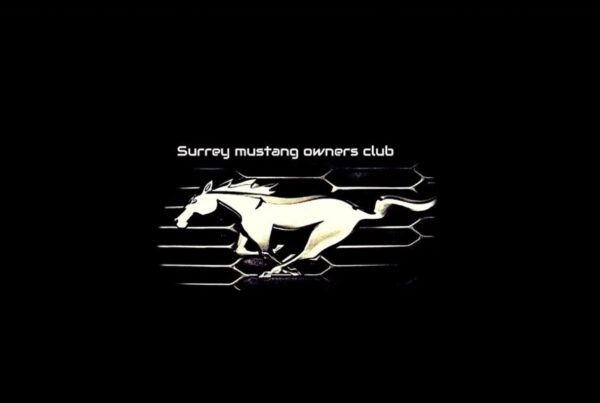 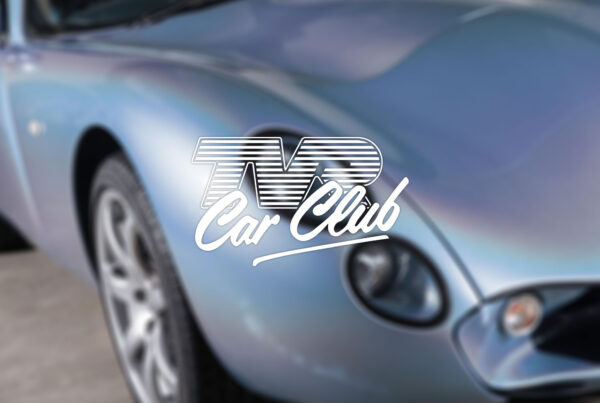