Spotlight On: The Bug Club

Home » Spotlight On: The Bug Club 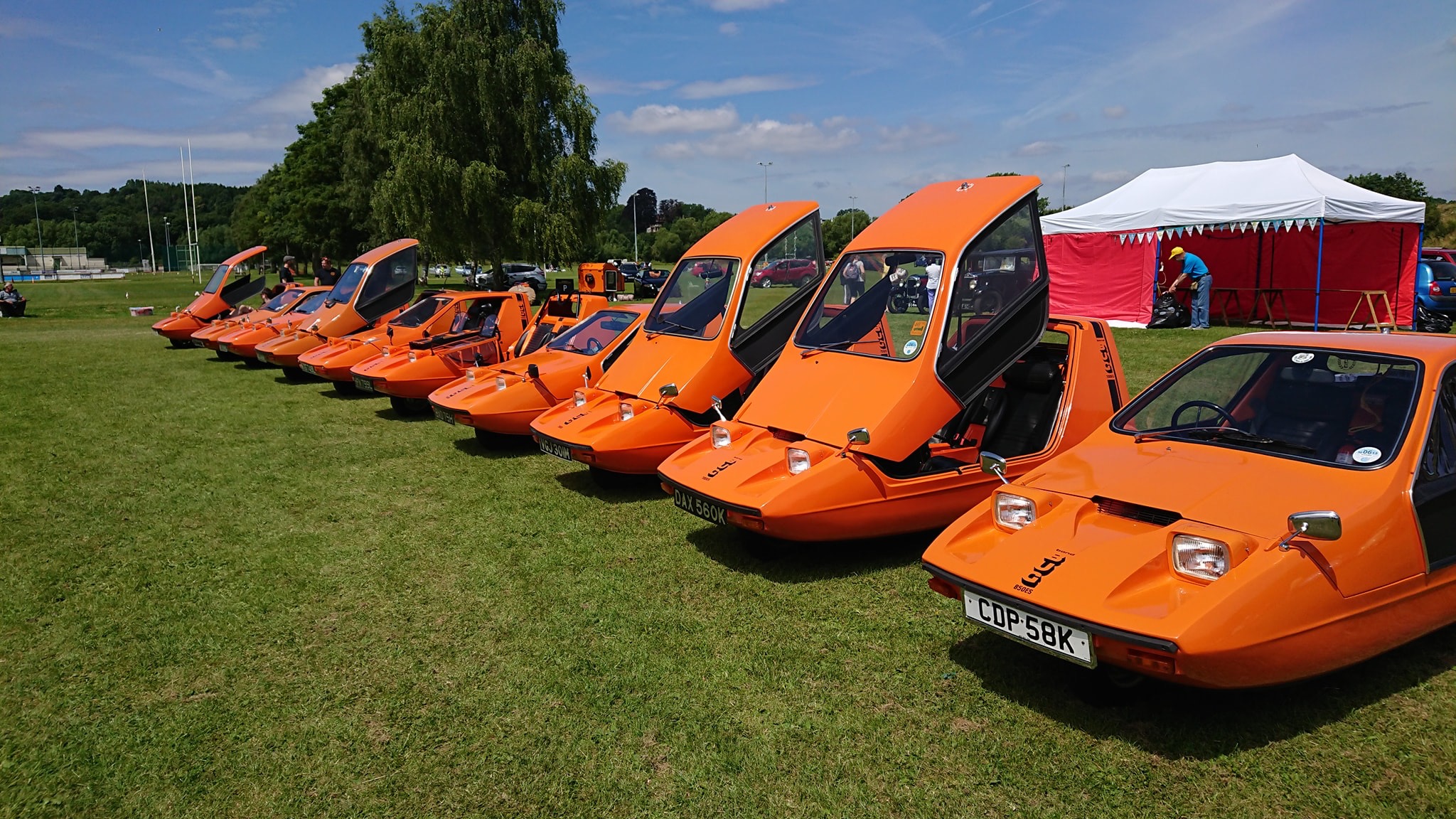 Many will be familiar with the Bond Bug for its wedge shape and lift up canopy.
But did you know this small British two seater car was originally commissioned by Reliant? Designed by Tom Karen, who also oversaw the design and production of the 1977 Star Wars Landspeeder, the Bond Bug was based on Reliant’s newly designed chassis and Reliant Regal running gear.

There were 2,268 made between 1970 and 1974, split between the Preston and Tamworth plants. Today, it is estimated that there are between 150 and 200 (worldwide) still road legal, with a further 700-900 stuck in a garage, barn, back garden or field waiting to be restored or rescued.

Another of the most distinguishable features of this three-wheeled car is the colour! All original Bugs sold to the public were coloured Tangerine, well that’s apart from four white and six lime green models that were sold to companies for promotional purposes. Nowadays, Tangerine is still the preferred colour, but all variations are welcomed by The Bug Club

Let us introduce you to The Bug Club

The Bond Bug Club is the place to learn more about a Bug than the internet can throw at you and provides a community for members to share their passion for this great three-wheeled vehicle.

We caught up with Mark Cropper, club member, to find out more…

The Bug Club is a national club named after the iconic Bond Bug car. The club was formed in 1991 and runs as a traditional subscription-based club with around 170 members currently. All members try and help each other out when they can, I personally helped a member get his Bug back on the road after 10 years standing.

We have around six people who are actively involved in the running of the club, however, special mention must go to Ron Biggin.

The club is for owners and enthusiasts of the iconic three wheeled sports car, the Bond Bug. We even have an ex-Wheeler Dealers Bond Bug in the club that featured in the TV show in 2010 – it’s owned by club member, Ron Biggin.

How about you Mark, how long have you been involved?

I purchased my first Bond Bug in 1984 at the age of 21. When I was approaching my 50th birthday, around 8 years ago now, I decided to purchase a project Bug and did a complete restoration.

A Bond Bug of course! 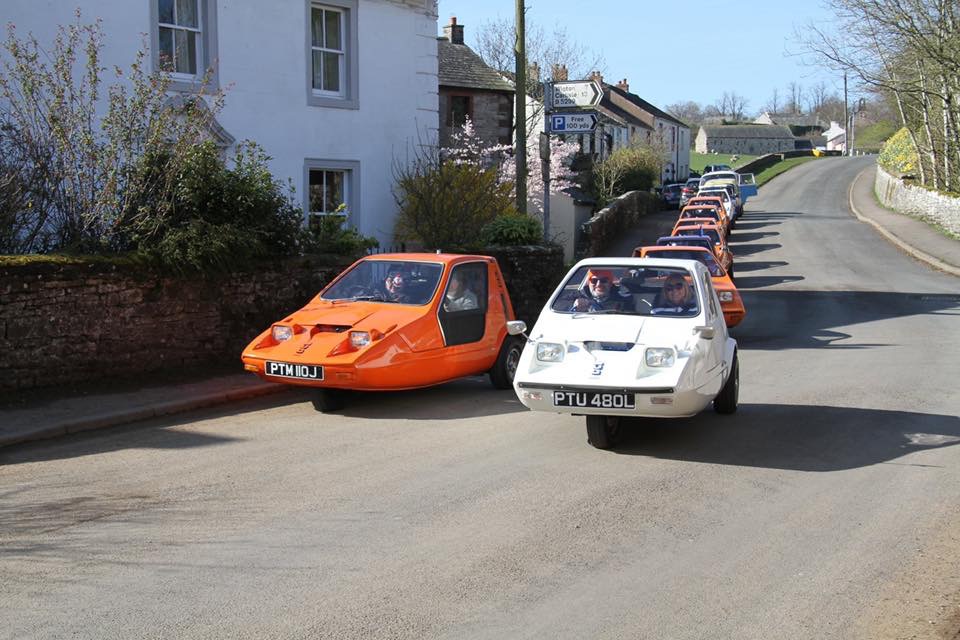 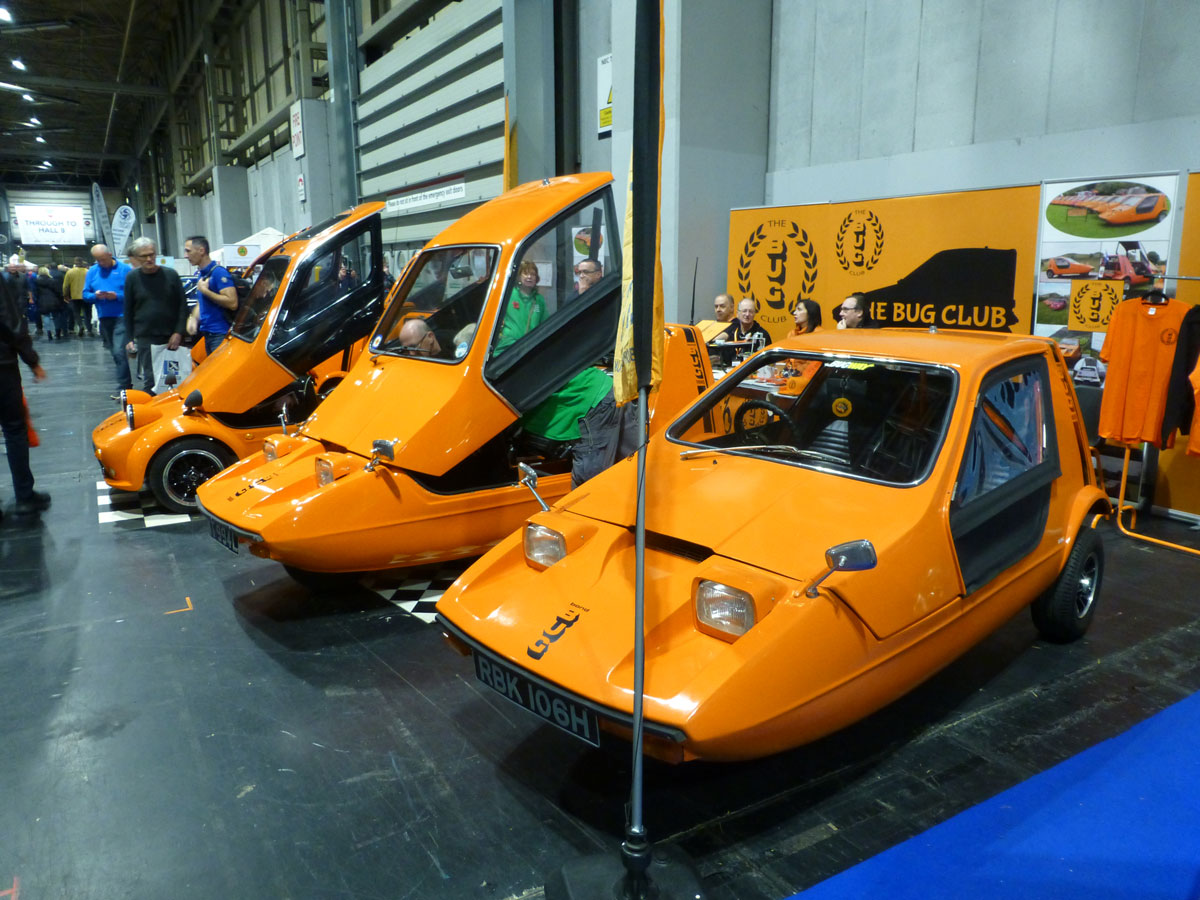 We provide a Bi-monthly magazine and organise various events during the year. Members also receive 15% discount on their insurance with ClassicLine Insurance.

We display twice a year at the NEC for the Classic Motor Show and the Restoration Show, have a National Rally in June and organise local events for our members. These are my must-do events of the year.

What’s your biggest club get together of the year?

We have our National Rally that is always organised in June – the event is held at a different venue each year. It’s a great event, where else do you get to see a line up of at least 20 Bugs?

2020 is a special year as it’s the 50th anniversary of the vehicle! Our celebratory rally will be held at Boyd Campsite and Activity Centre in Henlow on the 16-22 June, and we are hoping to have at least 50 Bugs attending!

Ron Biggin and Sean Parnaby organise the Cocker Bug Rally in April. The 3rd Cocker Bug Rally will be held in Cumbria on the 20-23 March 2020. We also have an Early Bird Rally that is organised during the first quarter of the year too.

The NEC Restoration Show in 2018 is a special moment for me as we had Tom Karen, the designer of the Bug, visit our stand. Tom is an honorary life member of The Bug club.

What makes you proud to be a member of The Bug Club?

I love the interest these unique cars generate. I am also really proud of the club being short listed in 2018 for a car club award. Our stand has won several runner-up awards in the National Car Club Awards.

The classic car scene is very different to what it was when I first was involved in the late 70’s. Clubs need to adapt if they are to thrive, as well as embrace social media and the advantages the internet offer. The Bond Bug with its simple mechanics is a great starter classic for young drivers.

What’s The Bug Club looking forward to in the future?

Next year it is the 50th Anniversary of the Bond Bug and we have several exciting plans to help us celebrate! CL: Sounds great, keep us posted on your celebrations!

So, these are the people behind one of our favourite clubs. Working hard behind the scenes, having lots of fun and embracing one of the best three wheeled vehicles. The Bug Club, thank you for being our club of the month.