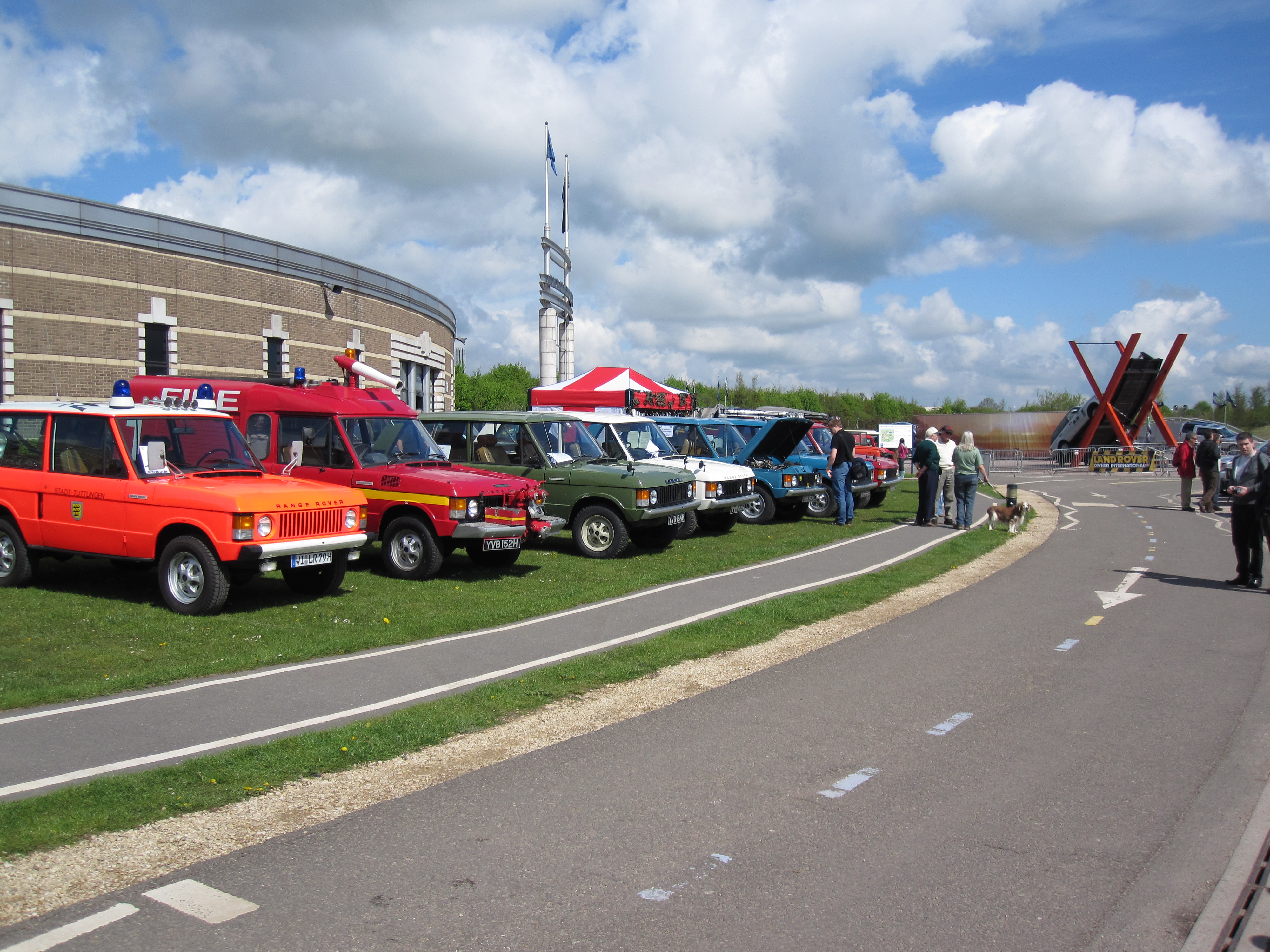 2020 will see a nationwide push for classic car clubs to create record archives. Clubs are to be encouraged to source rare material relating to their relevant marque, preserve original documents and digitise them to make them available for generations to come.

Our latest Spotlight On highlights a club who are celebrating a golden milestone of their much-loved marque and who emphasise the importance of archiving 50 years of heritage.

Let us introduce you to the Range Rover Register

Today, one of the aims of the Range Rover Register is to secure materials relating to the history of Range Rover. The Club has a dedicated History Officer who holds an archive of rare material produced for the marque from both Land Rover and private sources. The Clubs archive materials are often displayed at events and made available for members reference.

As the vehicle continues to be developed, the Range Rover Register is committed to maintaining this important archive of information.

We caught up with Geoffrey Miller, club Treasurer, to find out more…

Since the Clubs inception, it has evolved to include members who are either owners of, or enthusiasts for the marque, from the early Velar up to its latest namesake. Today, the club has around 650 members from both the UK and internationally, and operates as a subscription-based club, with a rolling renewal date for each member. Members are always happy to share their experience and offer help on an ad-hoc basis to fellow members in need.

We have a Chairman, Vice-Chairman, Secretary, Membership Secretary, Treasurer, Magazine Editor and a number of other roles covering the various activities of the Club, including archiving. There are Area Representatives who arrange meetings in their local region too. The posts of membership Secretary, Club Secretary, Editor and Treasurer are probably the busiest – although the time commitment does vary throughout the year.

The Range Rover marque has expanded over the 50 years of production. The Register covers all examples of the entire model range from 1970 up to the present. We will also include all future models bearing the name Range Rover.

Tell us about your club magazine…

We publish the Range Rover Owner and Enthusiast Magazine approximately every two months. The content is almost entirely member generated and contains a wealth of technical information as well as Club history and reports of our activities. The sales and wanted section in the Club magazine is also a great resource for finding parts.

The entire magazine archive from the first issue in 1985 is available to our members via our website too!

How about you Geoffrey, how long have you been involved?

I was lucky enough to have been able to buy my first Range Rover from new in 1985. We used it as the tow-car for our family caravan holidays, often in France – I still have the car. It took me until 1989 however to discover the Club! I have been Treasurer since late 2008 and enjoy being thoroughly involved in the management of the club.

Two years ago, I bought a ‘59 plate L320 Sport as my “late life crisis”. I retired 14 years ago from my work as a Consultant Trauma and Orthopaedic Surgeon and am enjoying what the family calls “worker’s playtime”.

Strangely, I am entirely happy with the cars I presently own and will not be changing any of them in the foreseeable future. I do find the styling of modern cars depressingly unattractive, so I look forward to the next change in fashion. My own view on electric cars is that they have no future, as there will never be enough electricity for them. Hydrogen fuel cell power is an attractive notion, but again it requires electricity for its production. Transport and storage of the gas is highly dangerous – remember the Hindenburg! 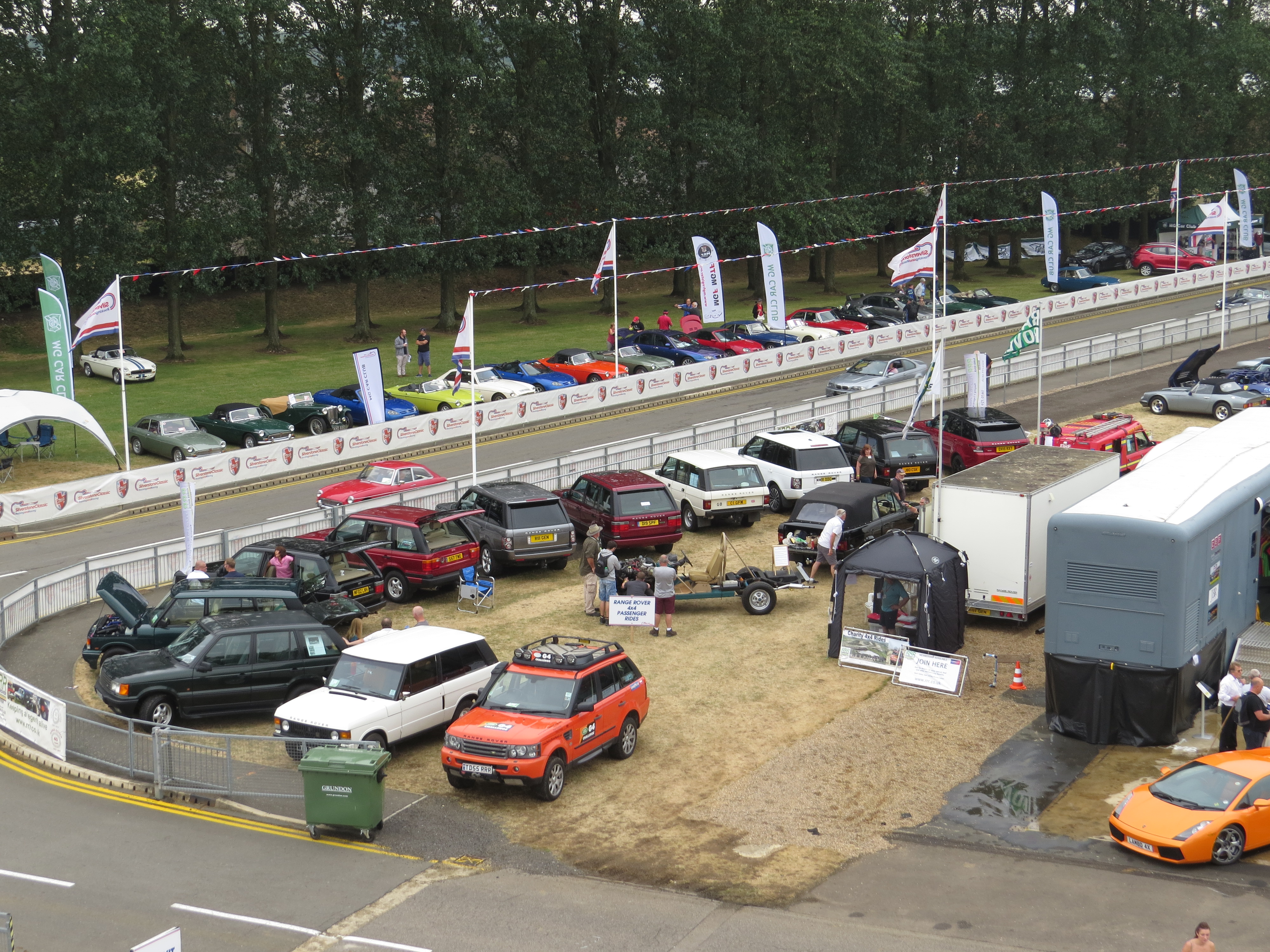 We are lucky as a club to have a number of sponsors who offer discounts to Club members, including ClassicLine Insurance who offer members a 15% discount on their Range Rover insurance. We publish the full list in our magazine and on the Members page of our website.

Because of the widespread nature of the Club it is not possible to hold regular meetings for all our members. Area Reps organise social gatherings and attendance at events in their region, although all members are welcome to attend.

This year is quite exciting as its the 50th anniversary of the Range Rover we are holding a few special events to celebrate our half-century!

How will the club be celebrating the 50th anniversary?

On 31st May we are reprising the original 1970 press launch with a commemorative drive over the route used at the time, with a lunch at the Meudon Hotel in Cornwall. The Birthday Rally is taking place on 14th June with a display of vehicles at the Haynes International Motor Museum, Sparkford. We are looking forward to seeing many members of the public there! CL: Please keep us posted on your anniversary plans!

I was very lucky to have been able to attend training courses at the Land Rover Technical Academy in the early 2000’s. I was able to rehearse a number of workshop repairs and overhauls which I have since had to carry out on my own Classic.

Does the club support a charity?

We raise money for charity by offering members of the public the opportunity to travel as passengers on off-road experience drives. Our preferred charity is the Air Ambulance service, with donations being given to the local branch covering the area where the donations were gathered.

We have had great success at the Silverstone Classic for the last several years, with the donations going to the event’s sponsored charity. Last year we raised over £2,000 for Alzheimer’s Research. CL: Well done to all involved!

Like many others, I am gravely concerned by the demonization of the internal combustion engine. It is now increasingly impossible for the owners of classic cars to enter many towns and cities. We do need to recruit a new generation of enthusiasts to carry on the care and preservation of our classic cars when we are no longer able to do it ourselves.

What makes you proud to be a member of the Range Rover Register?

I am proud that the Club continues to thrive and has maintained its purpose and camaraderie, also that we welcome all owners and enthusiasts to our membership.
So, these are the people behind one of our favourite clubs. Working hard behind the scenes to preserve this iconic British marque and bring owners and enthusiasts alike together. The Range Rover, thank you for being our club of the month. 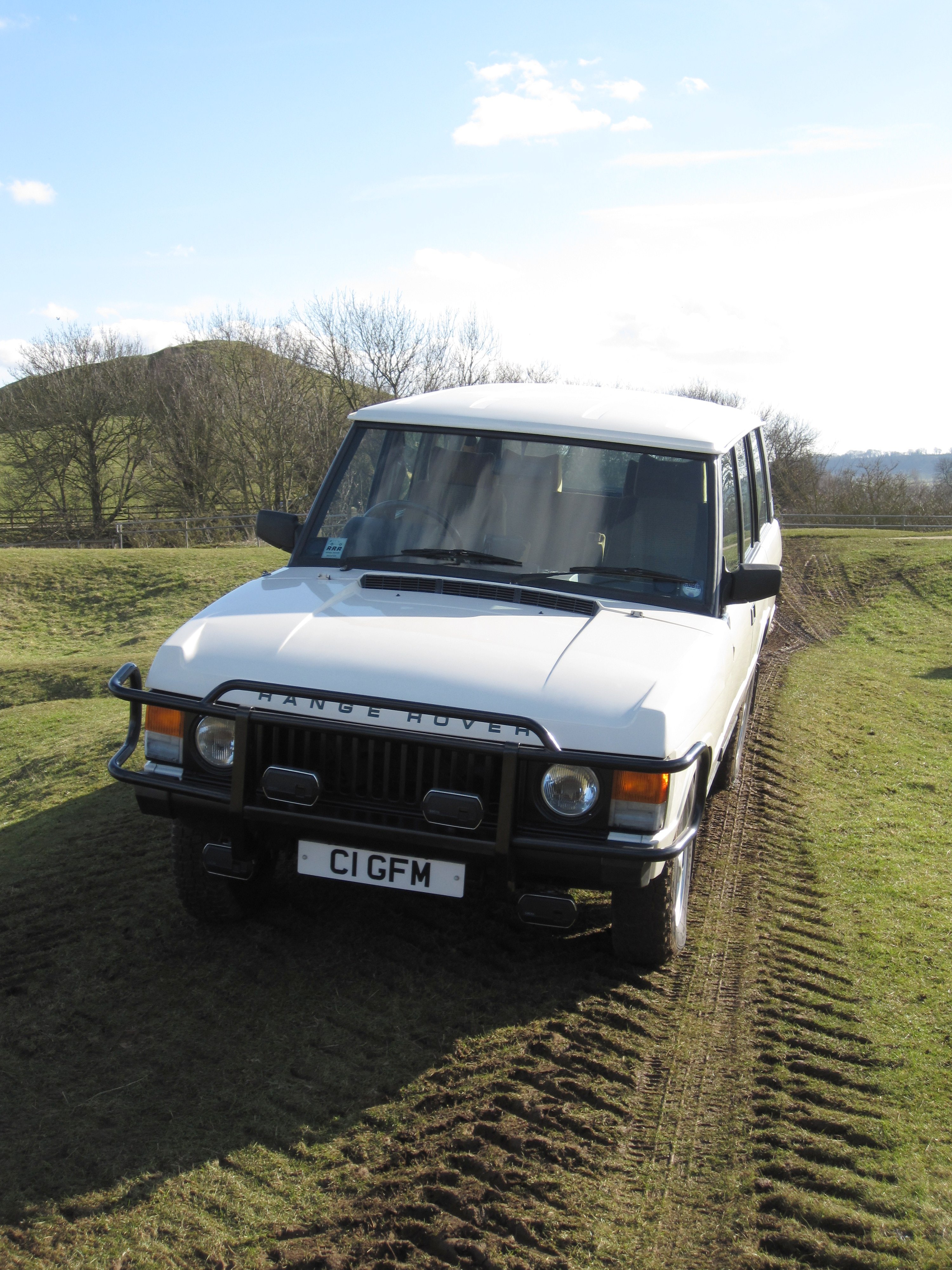 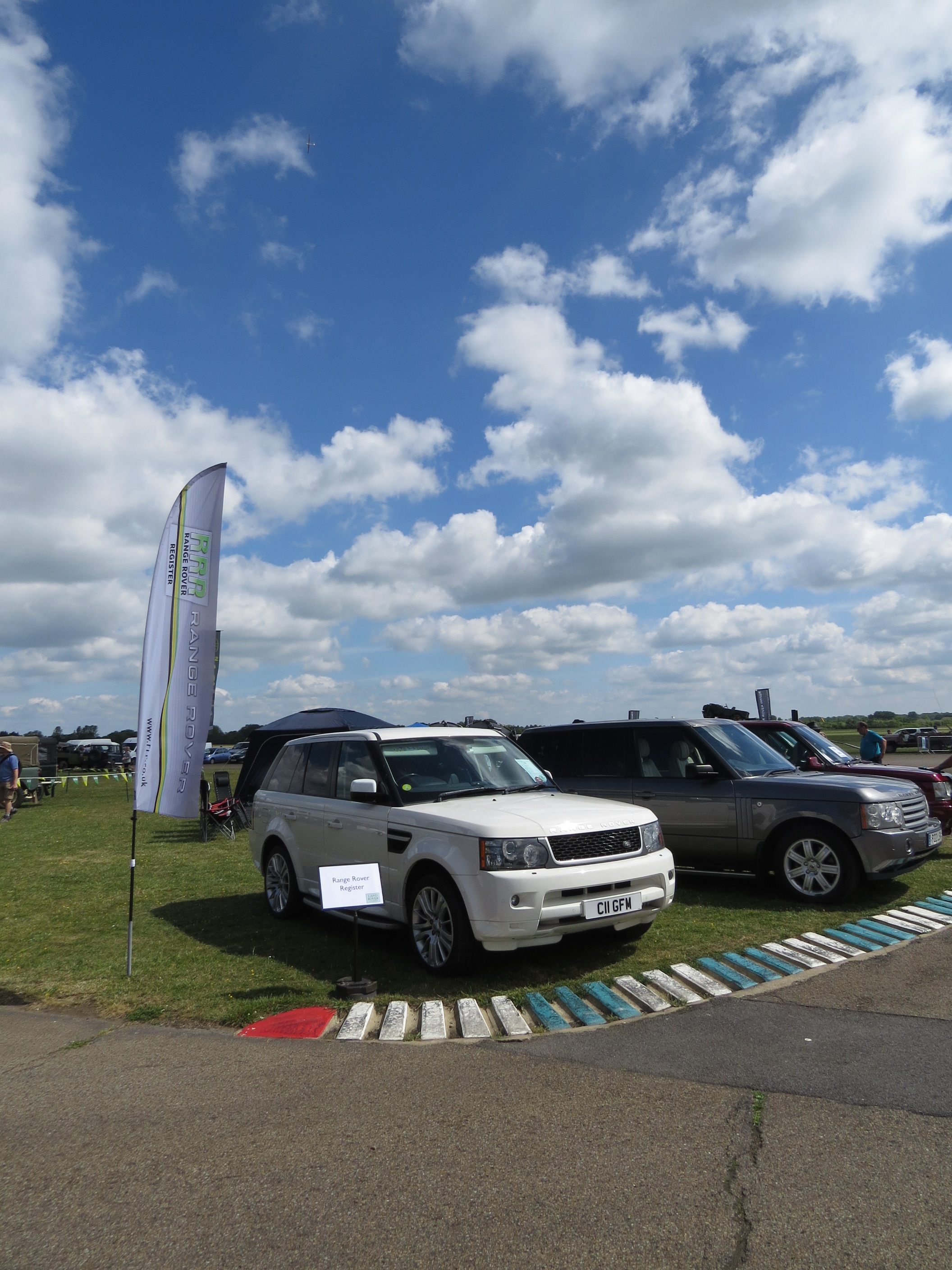