Return of the coupe!

Home » Return of the coupe! 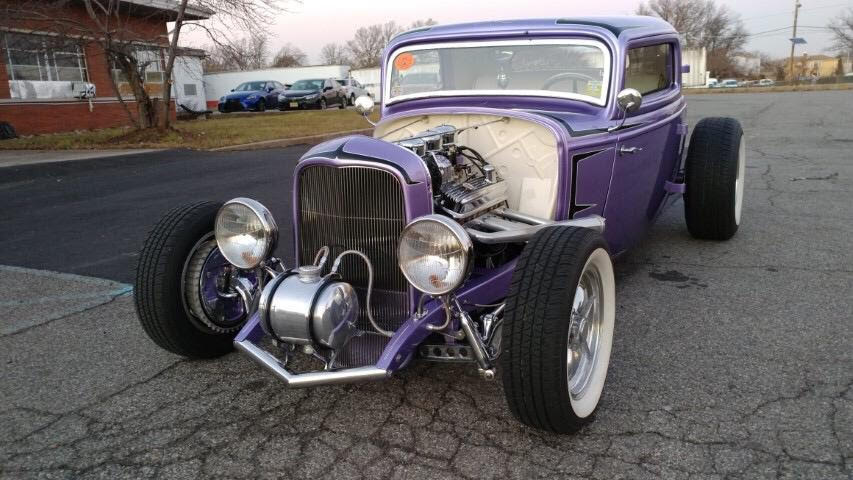 A new car on the UK hot rodding scene is always exciting! But this isn’t a new car per-se, let’s think of it like a car returning back home. A car that after being built in the UK was released onto the US custom car scene just to show off how we do it over here in Blighty.

Let us introduce to you the 1932 Ford ‘Coupe de Grace’

Originally built here in the UK by Home Grown Hotrods in the 90’s and owned by Pete Tyas, the Coupe is now being brought by back by Ashley Markham and Gareth Davison of DM Classics Limited.

Ashley has been in and around the hot rod scene for many years and first saw the ’32 Coupe de Grace at 1998 Doncaster Custom Car Show. Then later in 2000, he was presented with the opportunity to do some paint work on the car which was when he really fell in love. Ever since then, Ashley and business partner Gareth had hopes of one day owning the Coupe.

At the time, the car was featured in numerous magazines, including Street Machine and Custom Car, as well as winning awards on the show circuit. But shortly after, the Coupe was shipped to the States where it has resided until now.

The ’32 is well travelled and has lived in California, Alabama and San Francisco, finally ending up in New York after being purchased by Bill ‘Buster’ Brown III. Bill was a lifelong hot rod and classic car enthusiast and an active member of the Road Knights Auto Club. He purchased the car to relive a dream, having previously owned a ’32 Ford in his youth. But, sadly Bill only got to enjoy the car for a couple of years before his passing in early 2018. Gareth tells us that Bill’s family have some lovely memories of the car and they are grateful to his daughter Jen for agreeing to sell it. 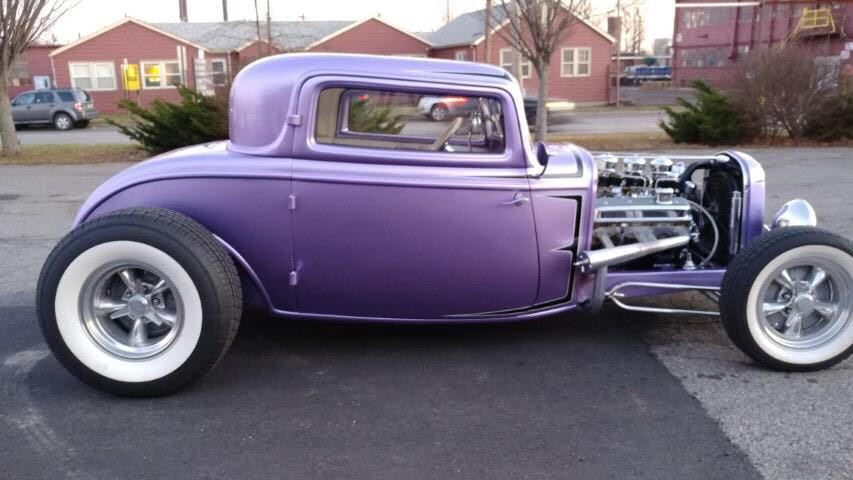 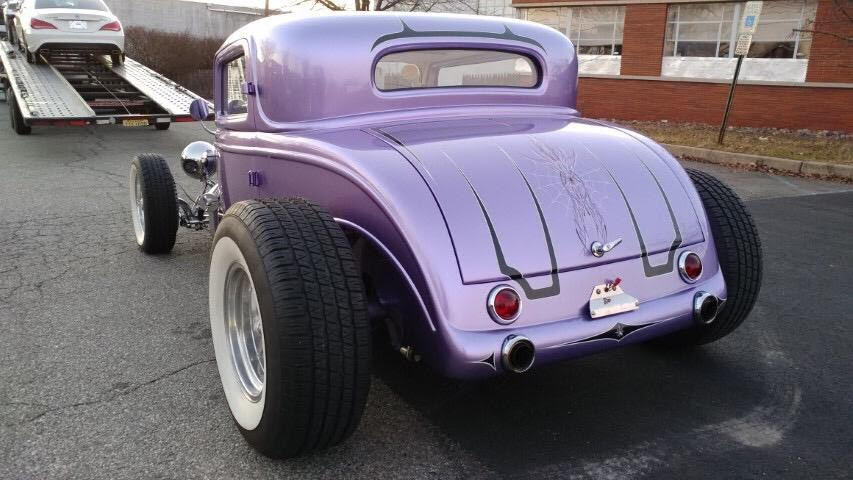 During it’s time Stateside, the Coupe has won many awards, most recently winning Hottest Hot Rod at the Goodguys 24th East Coast Nationals in 2016.

So, roll forward to 2018, and Ashley and Gareth went to view the car in October after tracking it down and travelling to New York to finalise the deal. They were delighted to see that the car is still almost perfect! Gareth said, “you can tell it has been very well cared for, requiring only minor works and detailing.”

It remains pretty much unchanged from the original build. Still boasting the Halibrand quick change rear axle, with a 46in TCI dropped beam axle with monoleaf spring on the front. The engine is an ally headed Vette ZZ4 crate motor and a 700 R4 four speed auto transmission with overdrive. This chopped and channelled beauty is second to none, not to mention that paintwork – did you know we like purple?

Once the car docks in port in early January, Ashley and Gareth are looking forward to getting her home and reacquainted with the English weather. The DM Classics pair tell us that they aren’t planning on changing anything at the moment and reassure us that there are definitely no plans to sell the car on. After several past attempts to buy the car, including trying to persuade Bill not to conclude his purchase in 2016 ironically, it’s definitely not for sale!

Why do I need Laid Up Insurance for my hot rod build?
A Wheels Day Award Winner – 1940 Ford Pick Up
/hot-rod-insurance/ 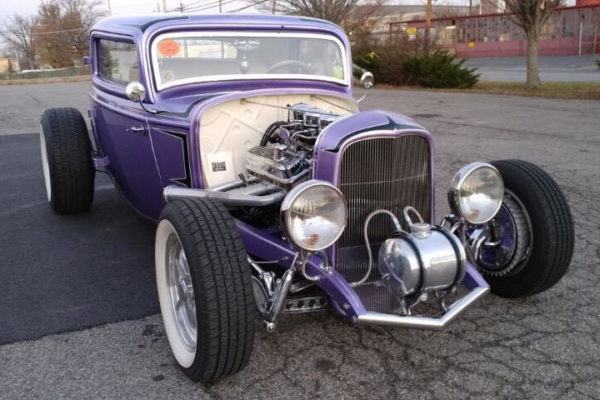 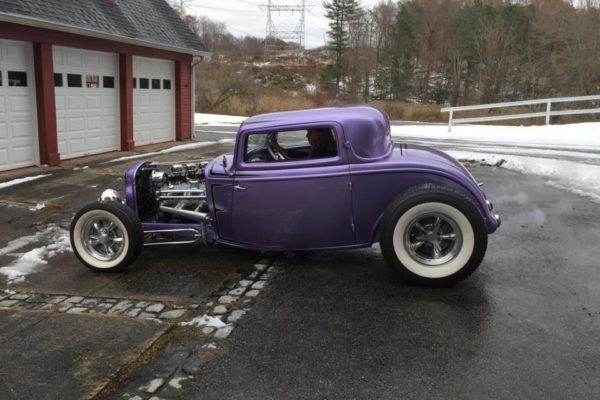 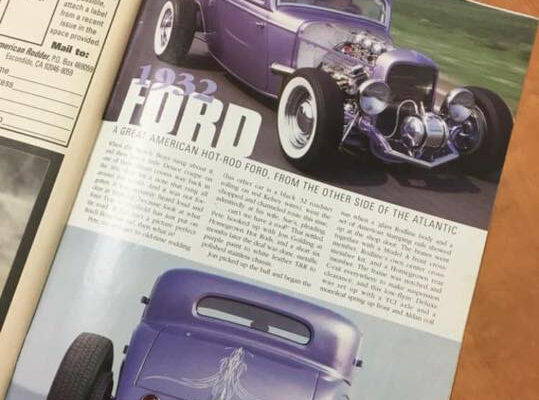 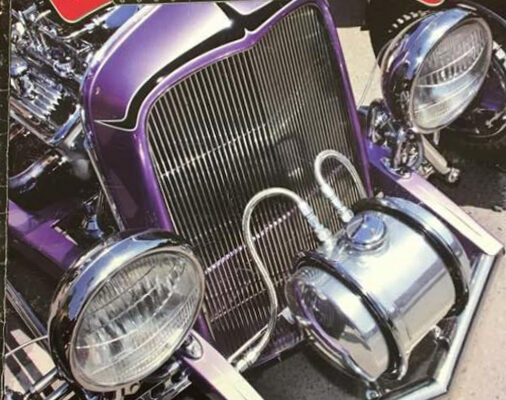