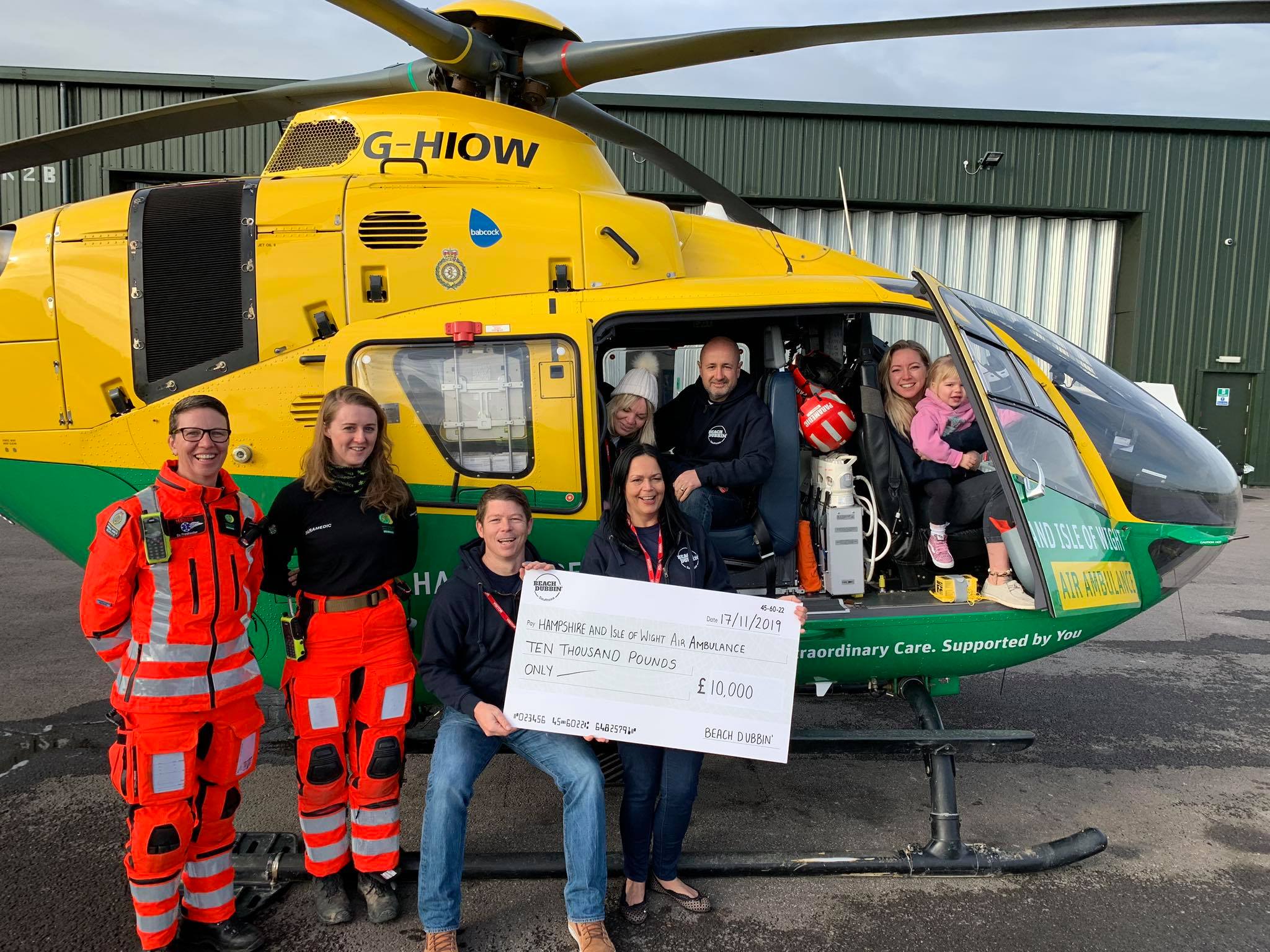 ClassicLine would like to send our congratulations and a big thumbs up to the Beach Dubbin team who have raised a staggering £11,750 for charity with their VW themed classic car show. The show attracts a variety of air cooled and water cooled VW’s, Buses, American cars, Hot Rods, classic Minis, Scooters, and BMX bikes and is rapidly growing in popularity.

Team Beach Dubbin’, born in 2018, consists of Kate and Mark Burch, Charlotte and Jason Crotty and Sue and Grant Sharley; and collectively they organise a not for profit event with the sole aim to raise as
much money for charity as possible.

The event was formerly known as ‘Beach Buggin’, but in 2018 was threatened with closure so the previous organisers asked for volunteers to take it on. That’s where Kate, Mark, Charlotte, Jason, Sue and Grant all came in… The team came together and had three and a half months to put the show on!

Thankfully they managed to pull together a successful show. Not only did they raise £5,750 for various local charities but the team were given the go ahead by Portsmouth City Council to put the show on again in 2019.

This year’s show was a year in the planning. Beach Dubbin’ team member Sue Sharley tells us the admin work that goes into a show should not be underestimated. “It is immense! It is ongoing throughout the year including show promotion, and then the build up to the show the week before. From packing show goodie bags, drawing up plans, answering questions, mapping out, volunteer briefings, organising show equipment, liaising with the Council – it goes on, but the focus is to deliver an amazing day and raise as much money as possible for the charities”, says Sue.

The show is put together in the team’s living rooms, organised around full time jobs, businesses and children. Beach Dubbin’ is run on a completely voluntary basis, purely for the love of the show and for the amazing money that is raised to benefit charity. Sue tells us, “we also have a fantastic group of volunteers for the weekend of the show who give up their time to help us”.

The 2019 show brought together:

This all resulted in a massive £11,750 being raised and donated to various local charities and causes. 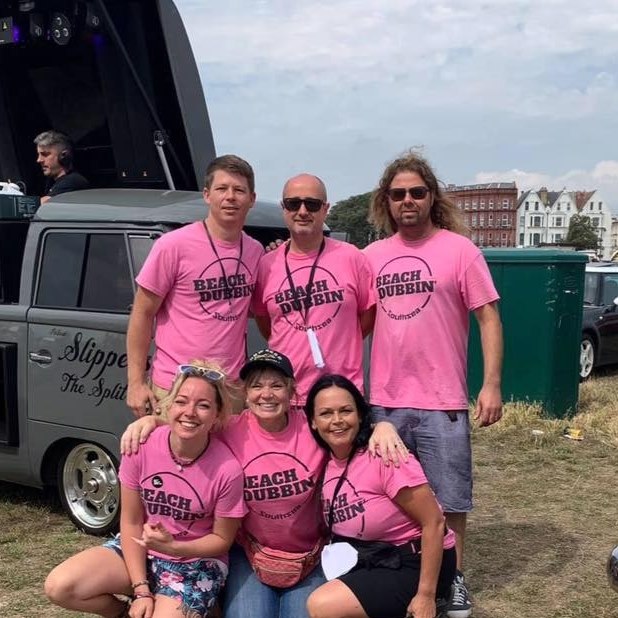 Beach Dubbin’ are proud to be able to donate:

“On the show day itself we are up at 5am. You can’t put into words how it feels from when you hear the rumble of the engines with people starting to arrive. Nerves, excitement and then a years’ worth of planning and six hours of show is over in what feels like five minutes!”, says Sue.

Sue continues, “I don’t think any of us will forget that feeling of seeing the empty expanse of Southsea Common on a summer’s day, filling up with amazing cars and people. It suddenly makes all those hours, late nights and lost weekends to show planning, worth it. The atmosphere was fantastic thanks to Slippers the Split Sound System pumping out the tunes to keep the crowd entertained”.

The Beach Dubbin team try and bring something to the show for everyone. The traders, many
of which are local, all make such an effort with their displays, there is a huge family area with face painting, chill out tent for parents and babies, dedicated children’s entertainment to keep the kids happy plus live music between DJ sets and a variety of local street food vendors.

Beach Dubbin’ would like to thank everyone that attended the show who helped to raise such a
fantastic amount for charity as well as all their sponsors, the show crew, car clubs, the traders, caterers and emergency services and last but not least, everyone who brought a vehicle to display and who came to spend the day at Beach Dubbin’.

Beach Dubbin’ will be back on the 2nd August 2020. Find out more by visiting www.beachdubbin.com